"You're reading the news? That's boring," one well-coiffed hand-drawn woman says — via a speech bubble — to another on an ad in the Moscow metro.

The ad promoting the notion that women find news "boring" is for Woman.ru, a site mostly focused on celebrity gossip and weight loss solutions.

Russia — which was ahead of many countries in giving women the vote — has since undergone setbacks in guaranteeing gender equality, according to feminist activists.

Russia ranked 75th out 142 countries in the 2014 Global Gender Gap Report, compiled by the World Economic Forum to track the progression of gender inequalities around the world.

Like in many other countries, there is a salary gap between Russian men and women. According to the Federal State Statistics Service, women's salaries were on average 32 percent lower than men's in 2011.

"She lost so much weight! What a pretty dress! Are they really back together?" the same woman says in the next frame, apparently reading Woman.ru. "News can be interesting after all!"

Demeaning portrayals of women are not hard to find in Russia in advertising, and this particular one has likely gone unnoticed by the general Russian population. But it caught the eye of Natalya Bitten, one of the founders of For Feminism, an organization fighting for women's rights.

"Not all women were happy with this ad and other similar ad campaigns," Bitten told The Moscow Times on Tuesday. "Unfortunately, we are not part of the mainstream."

Founded in 2010, For Feminism aims to disseminate information about women's rights and advocate for gender equality by combatting discrimination and documenting the most striking manifestations of sexism in the media, advertising and policy-making.

Since 2011, For Feminism has organized a yearly online voting poll for "Sexist Person of the Year," an initiative meant to draw attention to public figures' faux-pas regarding women's rights.

This year's nominees include firebrand politician Vladimir Zhirinovsky, who lashed out at a pregnant journalist and urged one of his aides to rape her, and television show host Ivan Urgant, who made controversial comments about the appearances of female tennis stars.

These incidents are not isolated occurrences. The Moscow Times has compiled the top memorable instances of sexist comments by Russian officials and media.

Obsessing Over Hair in Space 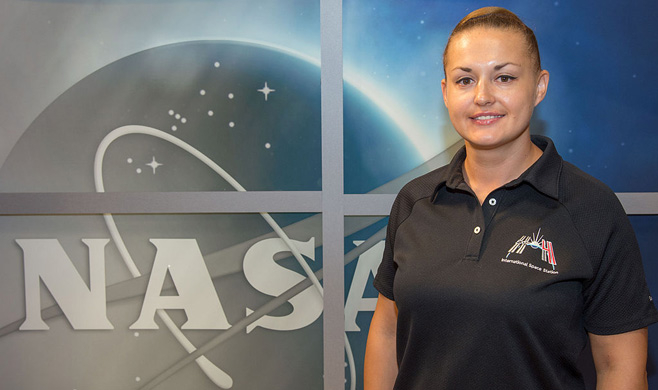 But the historic occasion was overshadowed by ill-considered questions at a pre-flight press conference: How would she would do her hair and make-up in zero gravity?

"Can I ask a question, too: Aren't you interested in my [male] colleagues' hairstyles?" Serova asked.

Serova was also interrogated about the effects of being separated from her 11-year-old daughter for six months during her stint as a flight engineer at the International Space Station.

Her gender, it seemed,  eclipsed her accomplishments.

The Dangers of Feminism

The head of the Russian Orthodox Church, Patriarch Kirill, said in 2013 that feminism was a "very dangerous phenomenon," leading women astray from doing their duties as wives and mothers. In 2011, Church spokesman Vsevolod Chaplin condemned "women painted like clowns" and proposed imposing an Orthodox dress code across the country.

"We do not have a problem with the Church as such," Bitten said. "We have a problem with the fact that our government endorses and propagates the values advocated by one religious group, instead of working to spread universal human values in which women's rights would be honored. We consider the current situation to be a violation of women's rights." 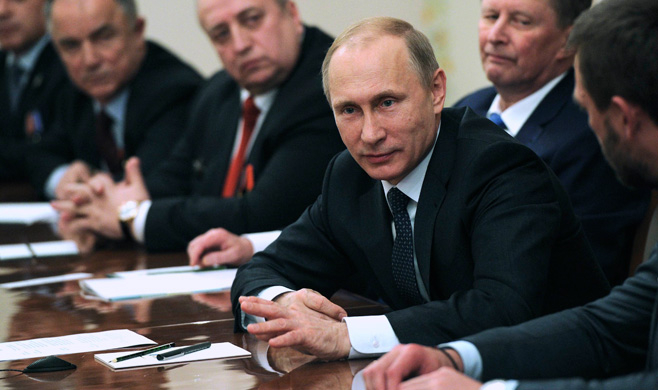 President Vladimir Putin, who is notorious for pursuing the image of a strong, fit and masculine leader, has on occasion let slip some comments that have enraged feminists.

In 2006, the president said that he "envied" Israeli President Moshe Katsav, who had been accused of raping multiple women.

More recently, last June Putin struck back at former U.S. Secretary of State Hillary Clinton, who had compared Putin's actions in annexing Crimea and his role in the Ukrainian crisis to those of Nazi leader Adolf Hitler. In an interview with French radio and television in June, Putin said it was "better not to argue with women."

Clinton responded by saying that Putin was not the first male leader to "engage in sexism on the public stage."

Zhirinovsky and the Pregnant Reporter

Vladimir Zhirinovsky, the long-time flamboyant leader of the LDPR party, is renowned for his incendiary comments. A darling of YouTube compilations, Zhirinovsky has made numerous demeaning remarks about women during his career in politics.

However, even by his own standards, Zhirinovsky crossed the line when he embarked on a foul-mouthed diatribe in April during which he ordered one of his aides to rape a pregnant reporter. He also shouted that the reporter should have stayed home instead of working while carrying a child.

Zhirinovsky later apologized for his outburst, blaming it on medication he said he had been taking. 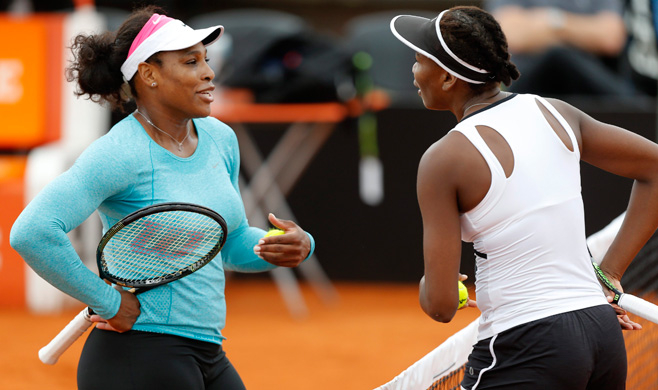 In October last year, Shamil Tarpischev, head of the Russian Tennis Federation and the former personal coach of late Russian President Boris Yeltsin, prompted a storm of controversy when he jokingly referred to U.S. female tennis stars Serena and Venus Williams as the "Williams brothers" during an appearance on a popular Russian late-night talk show in October.

The show's host, Ivan Urgant, went on to talk about what really matters in a female athlete.

"Look at our [Russian] tennis players. They are all tall and elegant," Urgant said, contrasting them with Serena Williams' muscular physique.

Tarpischev, who later apologized for his comment, was fined $25,000 by the Women's Tennis Association and broadly chided for his on-air slipup. Russian tennis star Maria Sharapova, who trained under Tarpischev, said his remark had been "inappropriate" and "irresponsible."

Women are everywhere in Russia's metro system — except in the driver's seat.

Women have been banned from working in certain jobs, including that of a metro driver, since Soviet times, and in 2000, Putin signed off on legislation upholding the ban.

The Russian Labor Code calls for the limitation of female labor "in heavy labor and jobs involving harmful or dangerous conditions." Underground jobs are also forbidden for women except for "non-physical labor and jobs" in the medical industry or consumer services.

Other professions women are barred from under Russian law include chimney sweep, firefighter and steelworker.

Russian Officials Are Dangerously Out of Touch

Moscow authorities rejected a request for permission to hold a march in defense of the feelings of believers, while two Muslim republics in southern...
denying shortages

Russia on Thursday accused the EU of seeking to fuel "geopolitical confrontation" by sending a civilian mission to monitor Armenia's volatile border...