Russian President Vladimir Putin turns 62 on Tuesday. Though he has manned the helm of Mother Russia for nearly 15 years, he remains such a divisive figure that a 2044 textbook will be needed to glean his real place in history. But one thing is already clear: The man has had quite a romp during his time in office. Much of his time is, of course, taken up by paperwork, but that hasn't stopped him from racking up a wealth of experiences many non-presidents could only dream of.

For the president's birthday, The Moscow Times has drafted a — purely hypothetical — career bucket list of 10 things ranging from the impressive to the outright awesome that Vladimir Putin's has accomplished since 1999. It also includes five things that he has yet to tick off before he can settle into a happy, quiet retirement with a feeling of complete fulfillment.

Here's where it all began: In March 2000, Putin flew into then-restive Chechnya in the co-pilot seat of a Su-27 fighter aircraft. While he did not get to handle the controls, he was able to send a powerful message, presenting himself as a man with the chops not to back down from a military conflict — in stark contract to his ailing predecessor, Boris Yeltsin. Perhaps a harbinger of things to come, the flight also showed that he was not above flaunting said chops before an adoring public. 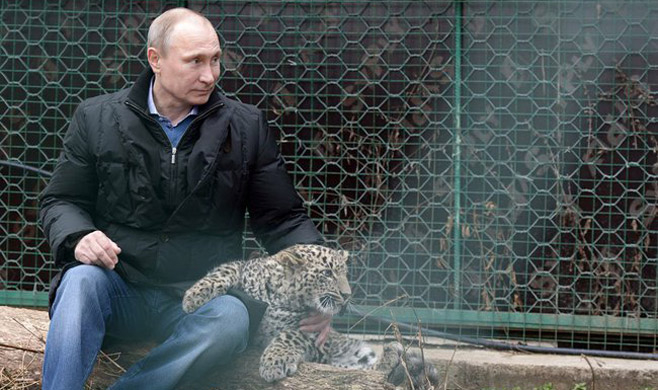 Putin cuddling up with a big cat at Sochi’s Persian Leopard Breeding Park.

… as well as a polar bear, leopard, beluga whale and Siberian crane. Putin is fond of endangered animals — to the point of having once said he "speaks the same language" as snow leopards. His environmental policy record is patchy at best, but that hasn't stopped him from repeatedly posing with rare beasts, including apex predators, only some of whom were drugged at the time.

Putin slipped on a wetsuit one day in 2011 and dove to the bottom of the Black Sea, emerging half an hour later with a pair of 1,400-year-old Greek amphoras. Such treasures take professional archeologists weeks to discover and extract, and he was rumored later to have admitted that the artifacts were planted in advance, but the dive still makes him more like Indiana Jones than most people could ever be — and does a good job of showing off his interest in history.

Admittedly, it was only a tricycle — Putin has acknowledged that he felt insecure on a two-wheeled Harley. But still, in 2010, he led a motorcade of intimidating, bearded, highly patriotic men in leathers under a Russian flag to a bike show in Sevastopol — years before Russia claimed the formerly Ukrainian city as its own. 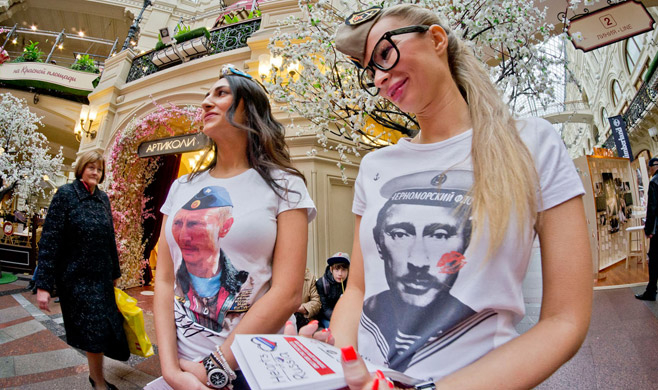 Not just any head of state is made a fashion icon.

Simply being the head of state does not serve to smear your face across T-shirts worn around the globe. To look out over the world from the perspective of strangers' breasts, you need to be considered an icon. Well, Putin can check this one off the list, thanks to Western sanctions imposed against Russia for its alleged meddling in Ukraine this year, which prompted patriotic-minded businessmen to print T-shirts extolling Putin for standing up to the West. The tops are reportedly selling like hot cakes.

Not on everyone's bucket list, to be sure. But when Putin began his rise to power, he did so on a promise to take on the Islamist insurgency in Chechnya — and he did. Accusations also fly of his stirring the 2014 civil war in Ukraine, but the Kremlin denies this, so wait until the 2044 textbook for the bottom line on this one.

Having won at least two wars, Putin went above and beyond on this one. The war in Chechnya, renamed a "counterterrorist operation," ended in 2009 with the insurgents suppressed — though Islamist resistance continues to simmer throughout the North Caucasus. And Russia also gained the upper hand in the "five-day war" with Georgia in 2008, though the debate still rages about who started that one.

Putin's unquestionable domestic achievement was to build a "power vertical," where the executive, the legislature and the judiciary are loyal to and/or dependent on the Kremlin. Dissenters have been expelled from the government, and opposition activists have been pummeled with dubious criminal cases and refused spots on electoral ballots. Of course, in a democracy, political opponents do not really qualify as enemies, but that's another story.

9. Make the Cover of Time Magazine

Magazine covers are a routine for Putin. But he has probably stashed away a copy of a Time magazine from 2007 proclaiming him "person of the year," as well as that Forbes issue from last year where he was ranked the world's most powerful person. Admittedly, he did not make the cut of Time's 100 most powerful earthlings last year, beaten by his own aide-de-camp Igor Sechin, head of state oil giant Rosneft. But they are old friends, so probably no hard feelings.

Not very manly, but why cower to stereotypes? Putin has accumulated many pets over the past couple of decades, from Koni the Labrador to Skazka the She-Goat. Vadik the Pony made the list in 2005, and Putin did not even have to pay for it — it was a gift from Tatarstan President Mintimer Shaimiyev. Whether or not Putin habitually rides it, at least he has a pony. 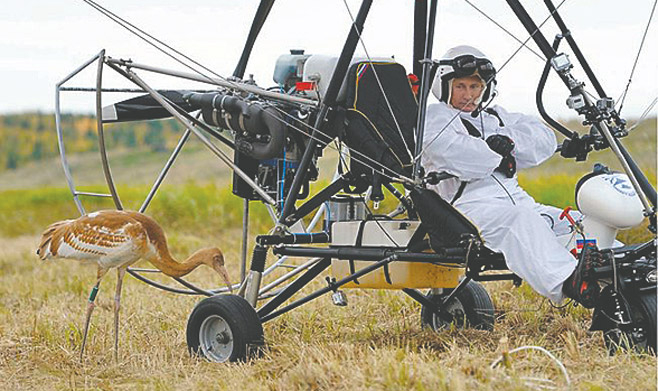 Putin helping lead a flock of endangered cranes on their migration route.

He has been repeatedly nominated for the Nobel Peace Prize. But while his U.S. counterpart Barack Obama scored the prize in 2009 on peaceful rhetoric alone, Putin didn't score one even after he was credited last year with coming up with a way to stop Obama from bombing Syria. And now that he is strongly implicated in the war in Ukraine's Donbass, his chances look worse than ever, regardless of whether the rumors are true.

There are plenty of rumors about Putin's personal wealth, with detractors putting the figure at up to $70 billion. But this mythical wealth has never been proven. However, many of Putin's old friends have risen to become CEOs of state-owned or private corporations — with the paychecks that such status entails. Meanwhile, the president can console himself with a run of state-owned mansions, helicopters and limousines that he gets through the Kremlin.

3. Get a Hot Girlfriend (unconfirmed)

This is very stereotypically macho and not very politically correct, but Putin has toiled hard to project a highly masculine image and has been called the dream man of many a Russian woman for a reason. The fact is, however, that he has always kept an ultra-tight lid on his personal life — so much that even his splitting with wife Lyudmila last year after 30 years of marriage came as a shock. His name was connected to at least one Russian sex symbol, but only in rumors, and nobody outside the Kremlin really knows who owns Vladimir Putin's heart.

Putin has traveled the marine depths, the wilds and the sky (see above), but has yet to leave this planet. Russia's still-powerful space industry and involvement in the International Space Station mean that he may yet blast off to follow Yury Gagarin — though the industry is ailing so much that he risks having his options limited to buying a ticket to a U.S. private tourist spacecraft if he does not hurry.

Putin complained once that with the death of Mahatma Gandhi, "there is nobody left to talk to." But though the ironic quip betrays his aspirations of spiritual depth, the 14th dalai lama criticized him as recently as last month, calling him "self-centered." The dalai lama being something of an authority on the matter, enlightenment has likely not surmounted the Kremlin walls just yet.

Life After Putin: Russia Needs to Be Rebuilt From Scratch

It is strange to recall in 2014 that back at the beginning of his rule, President Vladimir Putin was hailed as a reformer.
possible swap