The revamped and reopened Arktika Hotel in Murmansk has an easy claim to fame: At 72 meters, the Soviet modernist building has for three decades held the record as the tallest building north of the Arctic Circle.

But for a city that banks on its latitude for added cachet, that is not such a hard feat to achieve.

With about 300,000 residents, Murmansk, despite suffering from major population outflow since the 1990s, is the largest city in the Arctic, boasting an infrastructure that other far-northern cities lack.

But it is not the 19 floor buttons in its elevators that makes the Arktika a symbol for Murmansk. It is its capacity to reflect the city's evolution through time — from a transit point for the Allied merchant navy in World War II to a fishing port for northwest Russia today and a major base for oil exploration in the Arctic in the future. 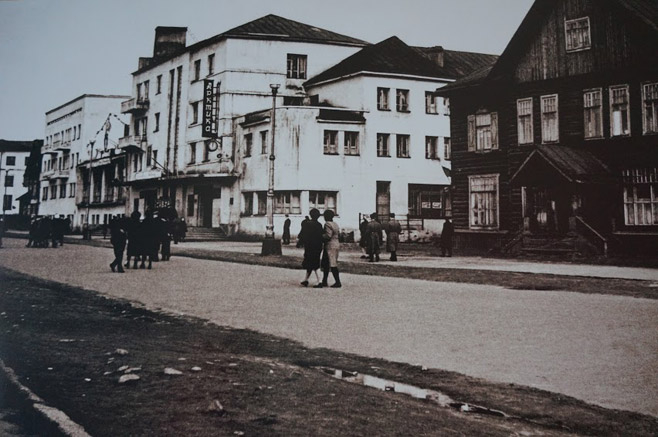 With 19 floors, the Arktika Hotel has become a symbol for Russia's northern Murmansk. At 72 meters, it is the tallest building north of the Arctic Circle.

The Arktika was built on the Five-Corner Square in the heart of Murmansk in 1933, initially as a four-story brick building — though some older Murmansk residents will swear it was a wooden structure.

For isolated and underdeveloped Murmansk, the relatively simple hotel was a place of glamour and luxury. It had a restaurant and an in-house hairdresser, its 100 rooms boasted telephones and bathrooms, and doormen guarded its entrance.

The best hotel in town had a suitably distinguished clientele. Russian Polar explorers Ivan Papanin and Otto Schmidt, Soviet physicist Sergei Vavilov and writer Konstantin Simonov among others all stayed there.

But the Arktika also drew less-welcome attention. Local legend has it that the Nazis were so confident of the outcome of their 1941 offensive on Murmansk, known as Operation Silver Fox, that tickets were booked and plans were made to hold a lush celebratory banquet there.

That victory, of course, never materialized.

Following the war, a bombed-out Murmansk enjoyed a surge of investment. To cater to a new, bigger city, the Arktika was torn down in its entirety in the 1980s and replaced with a three-part, white colossus with 19 floors: a record for the region to this day.

But its heyday was short-lived. The collapse of the Soviet Union triggered a mass population exodus from the city and its surrounding region — from a total 1.2 million people in the early 1990s to roughly 780,000 people today. The hotel fell into disrepair and became embroiled in rumors of prostitution, corruption and other criminal practices.

The hotel's 'Dark Age' came to an end in 2012 when Russian hotel chain Azimut and Murmansk City Hall began a major renovation project that has seen the Arktika maintain its overall appearance while being thoroughly modernized.

"The owner of Azimut and the mayor had a vision together," Azimut CEO Walter Neumann told The Moscow Times at the opening of the new hotel in early September.

What followed was a 2 1/2-year project carried out by Moscow-based RD Construction company, turning the Arktika into a business complex unrivaled within a thousand-kilometer radius of Murmansk, containing a four-star hotel, a business center, two restaurants and VIP apartments with skyline views over the city's downtown and neighboring port.

It also has a two-level underground parking lot that, in a blast from the past, had to be cleared by a bomb disposal unit after workers stumbled upon an unexploded bomb dating back to World War II. 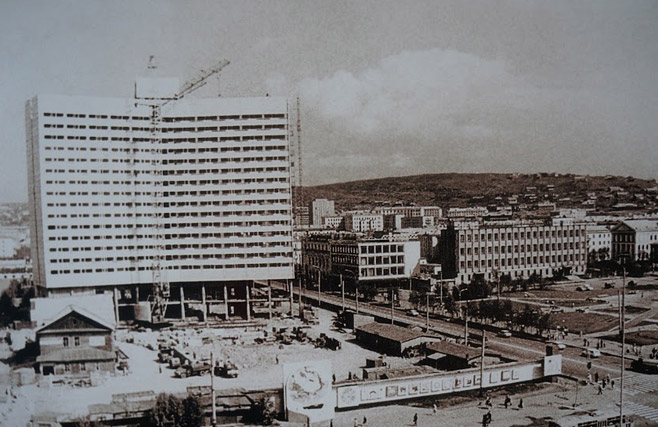 The four-story building was replaced with a three-part, white colossus with 19 floors: a record for the region to this day.

The Arktika's joint owners — the local government and Azimut — expect that the business hub will revitalize the local economy and attract tourism.

"The hotel brings employment for a lot of people. It brings taxes, it brings reputation. People from all over the country can come here," Neumann said, adding that he expected the hotel to reach a "healthy" 65 percent occupancy level within several months.

At less than 300 kilometers from the Finnish border, Murmansk is a "very important gateway to Scandinavia," Neumann said, "with a lot of opportunities."

Last year 305,000 tourists stayed at the city's 14 hotels, and local authorities expect the number of tourists to grow 2 percent this year.

But with only a limited number of tourists willing to travel the distance and a lack of infrastructure to facilitate growth — "It took a little long before we received our luggage," Neumann says about the city's 1970s-style airport — a return on investment, rumored to have been 2 billion rubles ($52 million), seems far away.

"If I invest money in Murmansk, it takes a little longer before I get my pay back,"  Neumann said.

Midway between Moscow and the North Pole, it is expected to become a major base for tapping into the oil and gas stored in the Arctic continental shelf, estimated to contain 25 percent of the world's remaining energy resources. 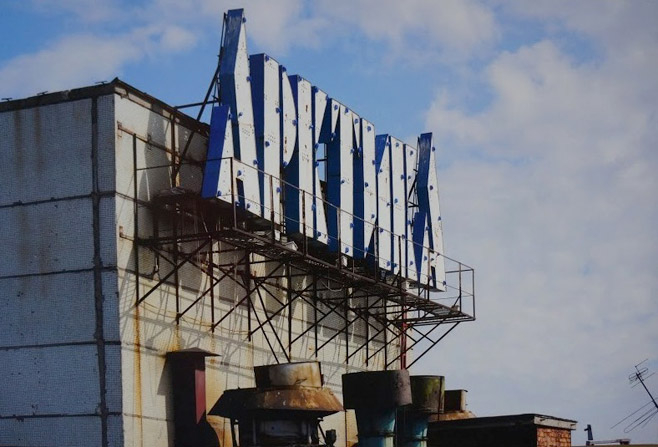 Following the collapse of the Soviet Union, the hotel fell into disrepair and became embroiled in rumors of prostitution, corruption and other criminal practices.

And then, of course, there is the question of prestige.

For the hotel operator and the local authorities, the rebranding of the Arktika as an attraction in itself is part of their business plan, leading them to eagerly compare the Arktika to Paris's iconic Eiffel Tower or Barcelona's Sagrada Familia.

But local residents are less generous in their view of the Arctic's tallest building.

"[The Arktika] is a symbol, yes, but just one of Murmansk's many symbols," said 89-year-old Valentina, a resident of Murmansk since 1956. "What's it to me? No one who's visiting me will be able to afford to stay there anyway."

Also see: A Day in Murmansk

Set on restoring the once formidable Soviet military presence in the highly contested and resource-rich Arctic, the Russian military has begun building...
nuclear snub

Sanctions-hit Moscow has asked India to sell it at least 500 different products it urgently needs, including parts for cars, aircraft and trains, Reuters...