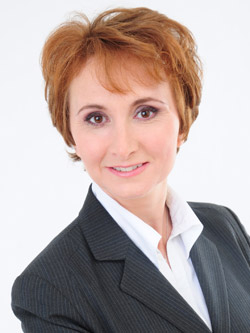 GDP Quadrat, an industrial real estate developer, STUPINO QUADRAT, a developing industrial district in the Moscow Region, together with the Government of the Moscow Region and the Administration of the Stupinsky Municipal District are currently working on establishing one of the largest special economic areas in the Stupinsky District, Moscow Region. The Moscow Region, as one of the largest regions in Russia, is known to have high investment attractiveness and successful economic and social development. A wide variety of industrial parks are situated there, and special economic areas, including technology innovative development areas, are being formed with preferential business policies.

The STUPINO QUADRAT industrial district in the Moscow Region, 70 kilometers from Moscow, can take the position of such an area. STUPINO QUADRAT has a logistics friendly location: near the М4 motorway, with a railway station on site, as well as fully developed engineering infrastructure with an adequate capacity for gas, electricity and water. Next to the industrial district there is a new residential development area: Novoye Stupino. It is a comfortable low-rise housing development accommodating 20,000 people, mainly employees of enterprises to be established in the industrial district. Today the first stage of development is at 70 percent, and 160,000 square meters have been built.

A large Federal Academic University with a focus on science and technology is set to be built in the neighborhood.

The vast space will be occupied by an adjoining special economic area filled mainly with high-tech enterprises.

However, our work is highly dependent on the economic development of our country. Recently, there have been two major conjunctural events.

Foremost, after a successful recovery of the pre-crisis economic and social level in 2011-2012 with a 4 percent economic growth rate during the last three years, there was an unexpected abrupt decceleration in economic growth in 2013 and 2014 — GDP in 2013 increased by 1.3 percent, and it is expected to grow only by 0.5 percent in 2014 (including under economic sanctions against Russia for Crimea adjunction since March 2014).

Secondly, at the planary session of the St. Petersburg International Economic Forum Russian President Vladimir Putin put forward radical ideas to stimulate economic growth on the basis of forced investments aimed at technical re-equipment of the nation economy. "Russia needs a genuine technological revolution, serious technological modernization," said the president. "We must carry out the largest technological upgrade of our enterprises in the past half century." In this case, the main way to achieve the goal is to stimulate capital investment growth. It is planned to expand access to cheap investment resources, to introduce a mechanism for project financing, to lower the credit rate for investment loans, to impose tax on the construction of new enterprises, increase capitalization of commercial banks, to simplify the selection procedure of investment projects and state guarantees, improve investment climate by amending 160 legal acts before the end of this year, etc.

A powerful industrial breakthrough is required to achieve the goals stipulated by the president and to propel the Russian industry to the next technological cycle.

The government and the people's need for normative regulation of industrial businesses has resulted in the drafting of the Federal Law "On industrial policy in the Russian Federation."

The Russian Ministry for Industry and Trade presented a draft law that contains key goals and objectives in the area of industrial policy, and that can be applied in practice, as it allows for the implementation of specific measures to promote industrial activities.

In this regard, the pharmaceutical cluster shall serve as one of the drivers in the development of high-tech industries, which in the future shall not only support basic sciences and provide import substitution, but will also strengthen social guarantees.

The above-mentioned programs are aimed at providing an integrated approach to urgent problems facing the domestic pharmaceutical and medical industries:

• technological modernization of production facilities in the pharmaceutical and medical industries;

• launch of development innovation cycles in these areas;

The implemented measures are aimed at promoting and supporting science and technology development and innovative capacity of the pharmaceutical and medical industry sector, as well as research and design sector.

The program has been under implementation since 2011 and provides for reconstruction and technological modernization of state-owned pharmaceutical companies in order to ensure production at a competitive price and quality compared to global peers, and also to solve problems of national security.

The budget provides co-financing for activities in the amount of up to 30 percent of the total costs to the project.

The project financing will amount to 7.163 million rubles.

Non-budget co-financing activities in the amount of up to 30 percent for he total project cost are provided for.

The Federal Targeted Program also includes "Development of the material and technical base of higher educational institutions and scientific organizations engaged in applied research and development in the field of innovative medicines and medical devices."

This program provides for reconstruction and technical re-equipment of research and production facilities, as well as the construction and equipping of new production areas on the basis of higher educational institutions and research organizations in order to create innovative promotional centers in the field of next generation drug and medical equipment development, including a research base, an educational base, technology transfer centers and pilot production, including in the framework of the cluster infrastructure.

The program is financed from the federal budget in the amount of up to 18 million rubles until 2016.