Sometimes, a song can cost you a lifetime of achievements, a lesson Russian rock legend Andrei Makarevich may soon learn the hard way.

Having had the gall to perform last week for the children of Slovyansk, a city reclaimed in July by Ukrainian government forces after months of occupation by pro-Russian rebels, Makarevich has found himself in hot water at home.

Last Sunday, lawmaker Yevgeny Fyodorov vowed to introduce a bill to strip Makarevich of all state honors the rocker has received since the end of the Soviet era — when his vilification by the mouthpieces of state propaganda gave way to mainstream popularity.

The aim was to punish Makarevich for having "collaborated with the fascists," said Fyodorov, a firebrand conservative who has in the past suggested that rock music is actually U.S.-instigated sabotage.

But frankly, the legislative initiative lacks the spark and inventiveness displayed by many other pioneering Russian lawmakers over the past couple years.

The Moscow Times has compiled a list of some of the more impressive bills and laws introduced for formal review by regional and federal lawmakers in Russia, in hopes that they will serve as inspiration for Fyodorov and his cohorts the next time some danger to public order and/or morality rears its ugly head.

While cats generally aren't known to stomp, this truism apparently fails to pass muster in St. Petersburg, where lawmakers recently considered introducing fines against the owners of felines accused of having kept downstairs neighbors up at night with their noisy cat-steps. "Loud sex noises" were also on the list of proposed offenses, though neither cats nor the heat of passion made it into the final rendition of the bill, which was passed by city legislature in February.

2. Lace Panties and Other Public Dangers

There are so many things in this world that pose a hazard to voters. So it comes as no surprise that Russian authorities feel it is their duty to install a sweeping array of trade bans, including on the imports of synthetic lace panties (this July) and EU-made horse harnesses — starting September, though the ban only applies to state agencies. Admittedly, the panties ban came from the government; but the legislature did nothing to stop it.

Even Converse shoes and ballet flats aren't safe from the legislature's discerning eye. A ban on imports of those and other flat-soled shoes was proposed in June. The culprit? Flat feet, so they say.

State Duma lawmaker Oleg Mikheyev proposed a prohibition in March on "fascist" computer games that "demean" Russian military victories dating back to the tsarist era — especially those depicting U.S. characters killing Russians. Curiously, Mikheyev is the same man who was accused in 2011 of attending a costume party in Nazi getup, a la Prince Harry.

The patriotic imperative does not stop at video games: A long-tabled bill revived this past May seeks to "protect historical memory" by criminalizing any criticism of the Allies' actions during World War II, or any speculation of the criminality of Nazi leaders' war crimes.

Though the bill has not yet passed, it has already had an impact: In April, a dissertation on Soviet partisans by a young German historian was placed on Russia's federal blacklist of extremist materials for its failure to adequately extoll Soviet forces' achievements during the war. 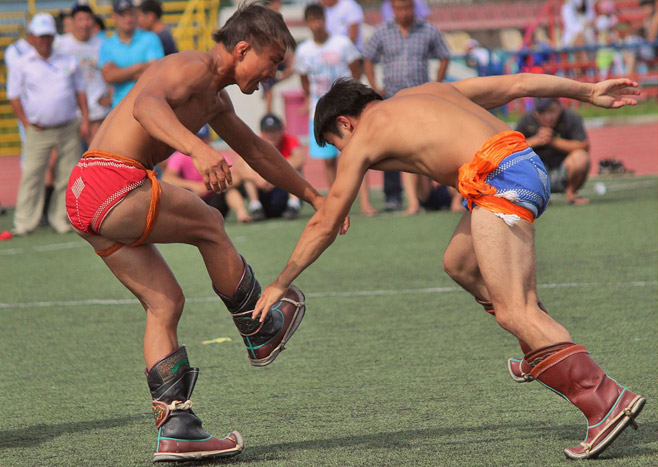 Russia has about 60 traditional sports, such as lapta — a medieval take on baseball — and Bashkir belt wrestling. In April, a federal senator from Bashkortostan proposed reviving these sports by throwing state money at them — an idea that would have been more sensible, had these pastimes not long ago gone the way of such other historical curiosities as knightly jousts and witch-burning.

Russia's populist par excellence Vladimir Zhirinovsky had the ingenious idea in February of fining media outlets and officials up to 50,000 rubles ($1,370) each time they use a foreign word that has a Russian analogue. The bill could be a real boost for the state coffers, given that between 10 and 15 percent of Russian vocabulary consists of borrowed words, though many lack native synonyms.

Zhirinovsky's son Igor Lebedev, also a lawmaker, has been trying to one-up dad for a while, a mission he may have accomplished in 2010, when he pitched the idea of branding convicted embezzlers for life.

Having apparently gotten a case of cold feet at the last moment, he opted instead to propose permanent tattoos instead of the old cattle treatment. Perhaps a diminution in shock value is to blame for the idea's burial in legislative limbo, despite its potential to make enormous waves in Russia, which ranked a dismal 127th of the 175 countries included in the latest corruption index released by Transparency International.

8. "Negative Emotions" in the News

Lawmaker Mikheyev — the bane of "fascist video games" — called in 2013 for a curb on "news that causes negative emotions." In his view, such content should be limited to no more than 30 percent of any given news agency's total output. In the same stroke, he proposed bans promoting "egotism," as well as the "irreverent treatment of sexual functions." The bill was never passed, perhaps because his colleagues realized it could severely curtail their media presence. 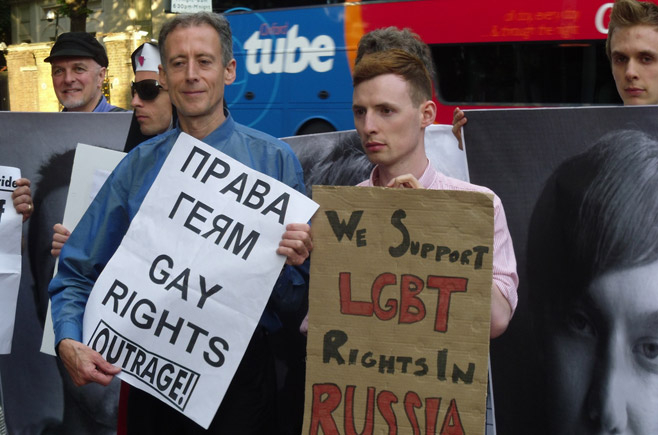 9. Ban on 'Gay Propaganda' Among Minors

This one is an actual law, passed last year. It could perhaps merit a more serious attitude, in deference to traditional values, if not for a 2012 survey by state-run pollster VTsIOM that found 94 percent of Russians had never encountered gay propaganda — despite the fact that 86 percent of respondents opposed it. 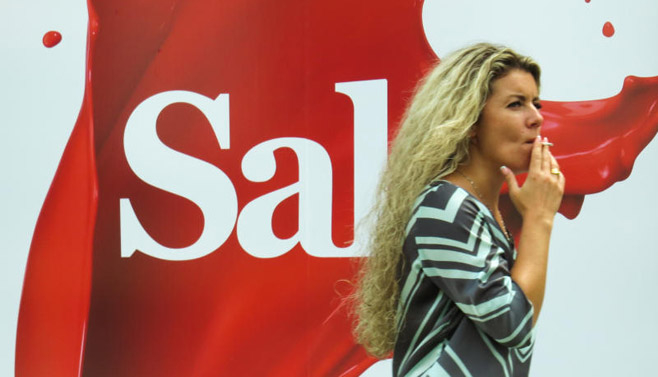 Speaking of traditional values, Duma lawmaker Ivan Nikitchuk proposed in June a prohibition on smoking for females still within the range of reproductive age (by his definition). Even his colleagues laughed off the bill, perhaps because the communist failed to explain why men should remain free to kill themselves and pollute their offsprings' air supply with nicotine.

Foreigners have a difficult time comprehending the importance of obscenities in Russian everyday life — and thus also art and literature. So too, apparently, does President Vladimir Putin, who outlawed a plethora of Russian obscenities in Russian works this past July. Among the first casualties of the obscenity law was "Leviathan," a Cannes-winning tragicomedy about Russian provincial life by Andrei Zvyagintsev, one of Russia's most acclaimed film directors, which is presently struggling to get a screening permit at home.

Some legislators, at least, realize there is something amiss. On Tuesday, opposition activist Maxim Reznik, a rare liberal voice in the St. Petersburg legislature, drafted a bill introducing mandatory psychiatric examinations for elected city officials. The bill "to expose real idiots," by Reznik's admission, is a reaction to verbal assaults by lawmakers on rocker Makarevich. Reznik described the initiative as an attempt to "defend the honor of the sane part of the Russian legislative corps."

Western sanctions have cut Russian airlines off from foreign equipment and servicing they heavily rely on.
into orbit

Iran has sought to deflect suspicions that Moscow could use Khayyam to spy on Ukraine.