St. Petersburg — Petrojazz, a two-day outdoor event at the Peter and Paul Fortress that blends jazz and world music, opens this weekend for the 10th time. More than 30 bands will perform, including some of the finest acts from Europe, and they will be presented by Vladimir Feyertag, arguably St. Petersburg's most respected jazz music researcher and author.

This year, the festival will also call on the public to help cats and dogs that have suffered from human cruelty.

Petrojazz was launched in 2003 by a group of jazz enthusiasts who happened to be CEOs from telecommunication companies, said the festival's current organizer Innokenty Volkomorov, who joined the festival two years later.

Originally called the Peter and Paul International Jazz Music Festival, it has changed its name a few times during its history. It also skipped a year in 2007 due to an economic crisis, so it is being held for the 10th time this year, rather than for the 11th.

"They [the organizers] did not think St. Petersburg was any worse than towns like Pori or The Hague," said Volkomorov, speaking to The St. Petersburg Times ahead of the festival, which opens Friday.

"Similar events are held in towns throughout Europe that support local culture and bring money to the town. Pori is an indistinguishable Finnish town, with a pulp and paper mill, a population of 80,000 and nothing very exciting — but once a year more than 100,000 people come from across Europe for Pori Jazz, where musicians perform on dozens of stages simultaneously.

"Why not St. Petersburg? It has the Peter and Paul Fortress, an island which forms a natural stage. Why could not we organize a European festival, where people could come, listen to the music, lie on the beach, have some food and some drinks, move from one stage to the other and hear lots of diverse music throughout the day?" 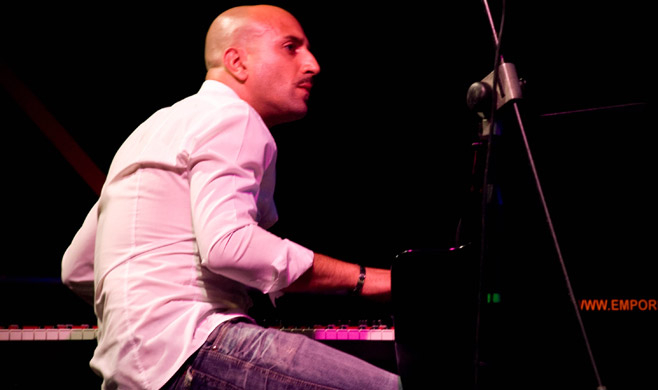 This year, the event boasts a number of European acts, brought to St. Petersburg with the help of the Italian, Danish and French cultural missions.

From Italy comes Shine, a duo featuring virtuoso pianist Kekko Fornarelli, regarded as one of best jazz pianists in Italy, and vocalist Roberto Cherillo, who has been praised as having the third-best male voice in Italy. The ensemble blends jazz, rock and trip hop, and will perform on Friday.

Denmark will be represented by the Mads Vinding Trio. Formed by award-winning bass player Vinding, who has played alongside such jazz greats as Herbie Hancock, Wayne Shorter and Dizzy Gillespie, the trio will perform on both days of the festival.

Saturday will feature the Celine Bonacina Trio from France. Bonacina is a saxophone player with interests in modern jazz, fusion and progressive rock.

Apart from international acts, more than two dozen bands from Moscow and St. Petersburg will perform. The organizers claim that the Russian jazz scene has made a great amount of progress over the past few years and many of those featured would not sound inferior to their international counterparts.

Far from being a purist, Petrojazz welcomes diverse styles of modern jazz, including such subgenres as ska jazz and acid jazz, and its forays into world music.

"We understand jazz very broadly; jazz for us is any live improvised music," Volkomorov said.

"Improvised music is the music of freedom. When you are listening to it, freedom reaches right into your heart." 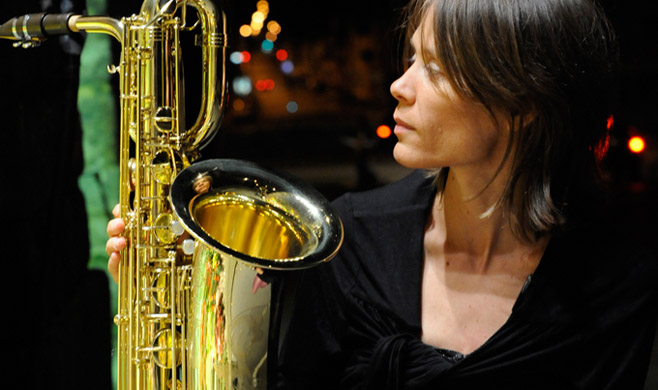 The Celine Bonacina Trio from France performs at the festival on Saturday.

The festival has found its place between Asia and Europe, featuring blends of both Western and Oriental music, Volkomorov said.

"We are always happy to have this symbiosis, that is why we are pleased to have Indonesian jazz, jazz manouche and Arabian musicians from London, as well as Turkish and Israeli musicians who played on one stage together," he said.

According to Volkomorov, the organizers select acts from the applications they receive, and then try to schedule the selected bands into one eight-hour show, alternating more relaxed bits with interludes and peaks.

The festival first received financial backing from the city in 2013, and it is funded by the Committee for Culture this year.

Volkomorov, who manages Petrojazz with his wife Yulia, started out as an underground rock promoter in the 1980s. His feats included a chaotic yet groundbreaking alternative rock festival at the Polytechnic Institute in 1987 and reunion concerts by the city's pioneering ska band Stranniye Igry ("Strange Games") at the Gorky Palace of Culture in 1992.

Russian rock music has declined since then, with new bands tending to copy well-established names rather than be creative and provocative, while jazz and world music still has the capability to develop and be original, he said.

According to Volkomorov, every year the festival runs a charity stall to collect funds for homeless people or sick children.

This year, funds for animals that suffered abuse will be added to children's charity.

According to the organizers, the funds will go to specific animals, with reports about the money spent and the animals' progress to be made available on social networks.

"We do not work with one specific animal shelter, which is not always effective, but we will report on every cat and dog that we try to save," Volkomorov said.

For more information about the performances, see www.petrojazz.ru.