Tank and train maker Uralvagonzavod, or UVZ, has unveiled its next-generation Russia One tram, which may provide a flash Gotham chic to those Russian cities that have not yet torn up their tram rails.

Already dubbed the "iPhone on rails" and the "Batmobile," the prototype Russia One, or R1, was unveiled at the Innoprom-2014 industrial expo in the Ural city of Yekaterinburg, not far from UVZ's sprawling industrial complex in Nizhny Tagil.

Alexei Maslov of industrial design firm Atom, which participated in tram project, waxed lyrical on its virtues: "It takes the form of crystal — a priceless stone in a metal shell. And crystal because it reflects the city in which it moves, meaning the tram will assimilate into any landscape — forest, industrial zone, any sort of modern buildings," Maslov was quoted as saying in an UVZ news release on Thursday.

The overhanging nose is another innovation, Maslov added. The tram's average speed of 24 kilometers per hour negates the need for super aerodynamics, and the tilt gives the driver a 30 percent wider view, minimizing the risk of running over pedestrians, he said. 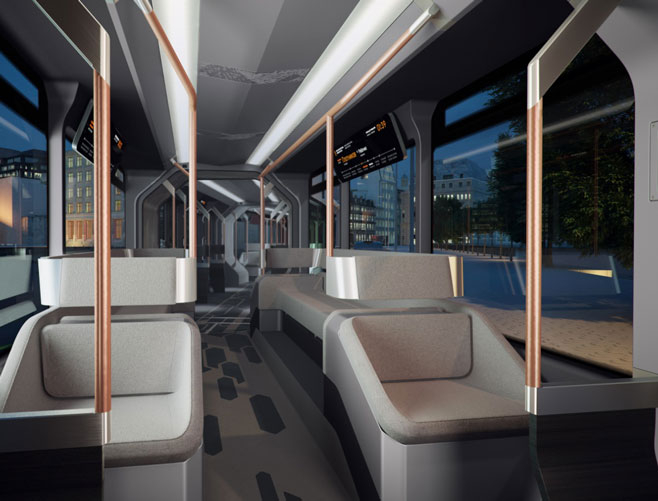 A computer rendition of the interior of a Russia One tram. (Uralvagonzavod)

The R1 will hold from 190 to 270 passengers, and the chassis uses 100 percent Russian parts. The tram makers even promise that the advanced design will allow it to travel smoothly on Russia's often less-than-perfect Soviet era rails.

Alexei Nosov, head of Uraltransmash, the subsidiary of UVZ that built the R1, said mass production  could start in 2015, and that "Batmobiles" would populate Moscow, St. Petersburg, Nizhny Novgorod, Yekaterinburg and Volgograd, according to the news release.

The Soviet Union loved trams, but over the last two capitalist decades many cities lost part or all of their track systems as local authorities covered lines with tarmac. Thousands of kilometers remain, however, and plenty of rolling stock needs replacing.

But UVZ's sights are set not only on Russia. Maslov said the design had taken stock of the latest offerings of France's Alstom and Canada's Bombardier and could compete with both companies, naming Eastern Europe and South America among target markets.

The R1 is certain to find at least some success. UVZ in Yekaterinurg signed a partnership agreement on electric transport with the Sverdlovsk regional government, the Yekaterinburg city administration and state-owned Gazprombank, Russia's No. 3 bank, the news release said. 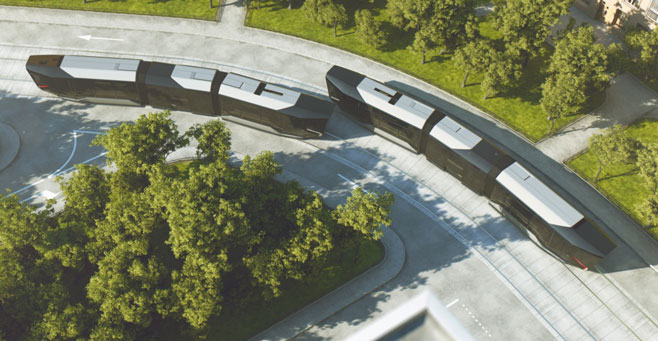 See also: A Look Inside Moscow Metro's Train Factory Ahead of $7.5Bln Tender

Authorities have launched an investigation into a prison riot involving at least 200 inmates.
FOURTH WAVE

Only 31% of Russians have been vaccinated against the coronavirus.
SKIRMISH

The U.S. has denied Russia's characterization of events, saying the engagement was "safe and professional."