MONTE CARLO — During a traditional New Year cocktail on Jan. 8, the host and minister of state of the principality of Monaco, Michel Roger, announced to general surprise that 2015 would be the "Year of Russia" in Monaco.

This will be the first time that Monaco has dedicated an entire year to a single country, having previously only committed brief periods to other countries' cultural heritages. The decision was made upon Prince Albert II's return from an official October visit to Russia, where he agreed on the initiative after talks with President Vladimir Putin, according to the local Riviera Times.

Some may question the wisdom of preparing for a Year of Russia in the heart of Europe at a time when relations between Russia and the West increasingly sour over Ukraine. But Henri Fissore, the Monaco diplomat in charge of organizing the Year of Russia, said that the event only sought to celebrate historic links between the principality and Russia rather than stray from Monaco's traditional neutral stance in foreign affairs.

"Monaco is a small, neutral and independent state that has few strong political preoccupations outside things like environmental protection," Fissore said. "And in this case [Monaco] is simply a place of welcome for cultural, artistic, scientific, gastronomical and sport appreciation, to name a few."

Historic ties between Monaco and Russia go back to the 19th-century reign of Prince Charles III of Monaco and Tsar Alexander II. The two monarchs signed a number of treaties and agreements, and Alexander II became the first member of a royal family to be awarded the prestigious Order of St. Charles established in Monaco in 1858.

Monaco became a favorite spot for the Russian bourgeois and aristocracy after the construction of its first casino and luxury hotels. Sergei Diaghilev's Ballets Russes, which many deem the most influential ballet company of the 20th century, performed in Monaco from 1911 to 1929. 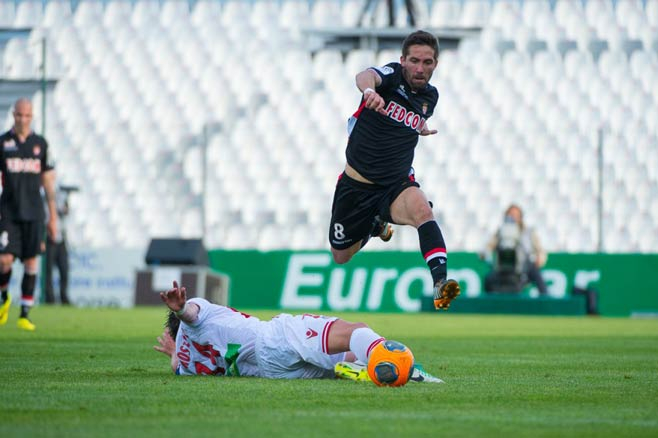 Relations diminished with the 1917 Russian Revolution but have sprung back in recent years thanks to Monaco's tax status and geographic location. It is now visibly a favored place of residence for wealthy Russian businesspeople and their families, whose numbers have increased from only 46 families in 2009 to 347 in 2013, making up about 1 percent of the total population of 37,579, said Roger, reported local Russian-language newspaper Monako.

Fissore emphasized that all Year of Russia events were still strictly in the planning stages but was willing to discuss generalities. He said "a Russian touch" would be given to many cultural events that occur annually, such as the Christmas fair Village de NoСl on the Port Hercule. As a test of this model, Monaco recently successfully staged its Bal de la Rose gala with a Russian theme, he said.

Other big projects that might be "Russified" include a collaboration between the Ballets de Monte-Carlo and the Bolshoi Ballet, a visiting performance from the Red Army Choir, and the display of sail-training vessels from the Russian Navy. The Russian government may also assist Monaco in displaying well-known Russian artwork, and students in Monegasque public and private schools might have a chance to take Russian lessons, go on exchanges to Russia and in turn receive Russian exchange students.

Monaco will celebrate key Russian holidays such as the Russian New Year, May Day and International Women's Day. New postage stamps with "a Russian touch" are planned for 2015, Fissore said.

In sports, organizers are considering a friendly football match between a Russian team and the football club AS Monaco, owned by Russian billionaire Dmitry Rybolovlev. A chess tournament is also likely given the fame of Russian chess players and the international renown of Monaco's women's chess team.

The bulk of the initiatives, however, will be left to private individuals and enterprises, and Monaco officials have met with several prominent residents to hear their ideas. Vasily Klyukin, Russian co-founder of Sovcombank and a patron of the arts, is among those who have been invited to participate.

"Only recently I was invited to a meeting to discuss some ideas about next year," he said in an interview. "I am thinking maybe a graffiti-type mural inside the Tunnel Larvotto."

Private banks in Monaco might also get a dose of Russia. 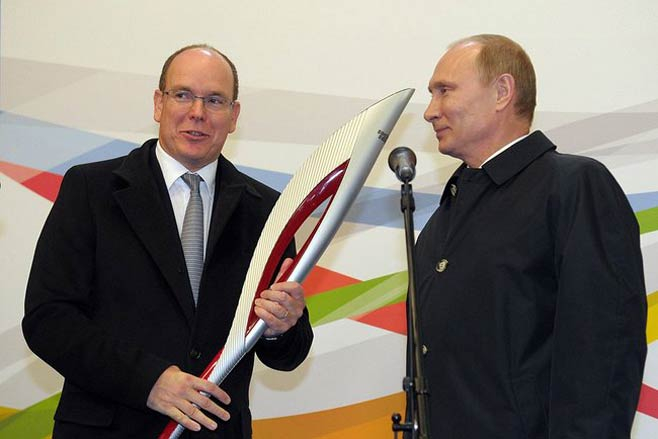 "We are planning to perhaps display Russian artwork in the receptions and meeting rooms of private banks in Monaco and increase awareness of lesser-known Russian art," said Gulshat Uzenbaeva, director of the Fine Art Gallery of Russian Masters.

On the dining scene, even though many local restaurants already offer menus in Russian, 2015 will give them an opportunity to include Russian dishes in their cuisine.

Fissore said the Year of Russia might have the effect of attracting more Russian residents, but this was not the goal.

"It's clear that the Year of Russia will attract many tourists, businesses and investment," he said. "But the aim is not to encourage hundreds and thousands of Russians to come and live here. We are already at maximum capacity."

Monaco is constantly expanding in the form of land reclamation and the construction of new apartment buildings to cope with the increasing influx of immigrants and demand for housing.

Although locals expressed surprise at the January announcement of the Year of Russia, Fissore said that overall the "reception has been exceedingly positive from all areas of Monegasque society."

Some residents said, however, that they worried that the festivities would lead to an influx of Russians.

Demyan Vakhrameev, 20, a Russian student who lives in Monaco, immediately equated the Year of Russia with more Russians. "But if they can make the events interesting, then I would be perfectly fine with it," he said.

Maria Bergamasco, a 20-year-old Monaco citizen, said she was worried about Monaco becoming "more Russian." But, she added, "rather than perpetuating stereotypes and defining Russians here by their wealth, it would be more interesting to learn and experience Russian cultural history and background."