I've seen this before. Not in my lifetime, no. I saw it unfold before my astonished eyes in crumbling, yellowing newspaper clippings from the late 1920s and early 1930s. I saw it in stack after stack of microfiche materials. I saw it in the letters, poems, stories, plays and memoirs of those who lived through the nightmare of a culture collapsing on itself and its citizens.

Now I am seeing it again in newspapers and on the Internet. I am hearing it on the radio and watching it on television.

Headlines and calls to "Attack!" and "Ban!" Accusations of "Unpatriotic!" The split of artists into "our" writers and "not our" writers. The vilification of anything foreign and those influenced by "decadent, evil" foreign culture.

I experienced all this firsthand while doing research on a writer whose life and work were crushed by ideology and politics. His name was Nikolai Erdman. He wrote one of the best plays, "The Warrant," that the renowned Vsevolod Meyerhold ever staged. That was in 1925. Around 1927 to 1928 Erdman wrote his next play, "The Suicide," specifically for Meyerhold, but it never was staged in his lifetime. Death came to Erdman in 1970.

Erdman, Meyerhold and "The Suicide" were viciously attacked in the Soviet cultural and political press, as well as in the backrooms and corridors of power. The play was banned. Erdman was arrested and exiled. Meyerhold, a few years later, was arrested and murdered in the basement of Lubyanka. 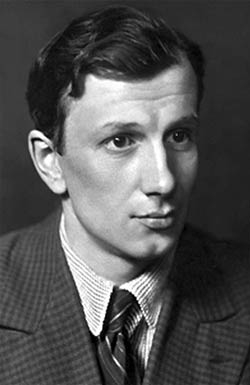 I studied those newspapers. I know the language that was used to do those evil deeds. I know the tack the hacks took. I know the way they went after people to destroy them and their work. It was an ugly, revolting, heinous process.

Are we on the verge of seeing it happen again? It is getting close. The prerequisites are in place. In the last few days we have witnessed an extraordinary number of events that indicate a culture war is in full swing.

It now appears that a notorious phrase, "Russia is not Europe," originally published in a draft for an official document to be called the Foundation of State Cultural Politics, will be dropped, according to an account published Friday on the Rbc.ru website. But merely by testing the phrase on the public, the Culture Ministry gave a clear indication of where its sympathies do and do not lie.

According the draft published in Izvestia, art that does not "contain spiritual and moral content, or which exerts a negative influence on society" must, at the least, not be given government support. "At the most — the state must suppress negative impact on the public consciousness," the draft declares.

Aggressive, isolationist and repressive positions have been unleashed in all spheres of Russian society, as is witnessed by the vilification which even now continues to be heaped on popular musician Andrei Makarevich after he published an open letter opposing the annexation of Crimea in late March.

Arguably the most flagrant attack took place Thursday with the publication of the latest issue of the Kultura newspaper. In a front-page broadside this publication, positing itself as "the cultural space of Russian Eurasia," unleashed an unprecedented attack on contemporary playwrights. Echoing the language and format used to ostracize artists in the 1920s and 1930s, it lamented that state funds "were spent on sleaze, obscenities, pornography and on worthless shamanism disguised as innovation. On everything that corrupts the viewer, drives him into depression, kills living sensations in a man, creates the image of Russia as a dull and hopeless country."

Suggesting one must know one's enemy, the newspaper added, "We are convinced that, despite such sickening 'creativity,' you should be familiar with it. Forgive us for being forced to offer you works, which are stunning in their level of blatant vulgarity and cynicism. In order to get rid of dirt, you first must assess the extent of the contamination. Read as much as you can, and draw your conclusions." The full text may be accessed in English in a blog I published on the NiteNews theater website.

On a two-page spread the paper printed sarcastic synopses and brief excerpts from plays by two dozen writers. It assailed the use of obscenities, railed against any hints at homosexuality, disparaged anything perceived as unpatriotic "praise" of the West, and, interestingly, as happened in the 1930s, condemned formal experiments that deviate from traditional literary styles.

Lev Naumov's play "Once Upon a Time in Manchuria" is summarized as such: "Some Russians during the Russo-Japanese War are held prisoner by the Japanese. Two leaders emerge among them — a patriot and an anti-patriot. Precisely the Russian patriot, who preaches traditional values, turns out to be capable of murder in order to survive. On the contrary, his opponent, who defends humanism and universal values, behaves with unwavering nobility."

The description of Maxim Kurochkin's "Mooncrazed" states that, "The dying Cyrano de Bergerac raves in delirium and communicates with a man named Chizhevsky from the far-away 21st century, who, for his part, is high on drugs. There is no plot connection [between the two]. One of Moliere's heroes is a syphilitic, infected by a prostitute. Obscenities abound."

Yury Klavdiyev, whose violent morality tale "The Slow Sword" leads the list of offending plays, responded with pride to being included among what he called — borrowing a phrase from the Stalin era — "enemies of the people."

"I stand as No. 1 in the hit-parade of enemies of the people in the current issue of Kultura," Klavdiyev wrote on Facebook. "Some time ago I wrote my 'The Slow Sword' precisely to give people like Yampolskaya [the paper's editor] butthurt. How pleasant it is when things work out."

Another sign of the times was an article published in Novaya Gazeta on Friday, the spirit of which hearkens back to the 1960s and 1970s when theater critics avoided criticizing controversial artists so as not to play into the hands of the authorities. In it Marina Tokareva declared that, "under the banner of patriotism the authorities have passionately become one with obscurantism, savagery, a medieval mentality," and she declares that from now on she will support work by controversial directors Kirill Serebrennikov and Konstantin Bogomolov whether she actually likes it or not.

"It is more respectful to support the persecuted than those who are hand-fed by the state," Tokareva concluded.

Finally, for today at least, I point to an article that the respected critic Natalya Kaminskaya wrote about the unending internecine battles that have afflicted the Taganka Theater all season long. In a piece for Profil titled "Theater in the Era of the Crimean Conquest," she declares that, "political denunciations have become the best means for settling scores and removing competitors."

"Just a half-year ago," Kaminskaya opined, "you could accuse your opponent of lacking talent or, at least, of immoral behavior. But such arguments today already seem feeble. Now you have at hand a truly killer argument — the lack of patriotism."