In a vast country like Russia, so much can happen in a single year that it seems impossible to represent it all — however, the "Best of Russia" contest aims to do just that, gathering outstanding photos from across Russia depicting scenes ranging from breaking news to nature scenes and family moments, all taken over the course of a single year.

See the full photo gallery: The Best Of Russia 2013

The project, which is currently displaying photos from 2013 at the Winzavod Center for Contemporary Art, was organized in 2008 by the Winzavod center with the support of the Culture Ministry. In the six years that the project has existed, more than 150,000 photos have been contributed from more than 500 cities all around the country, with participants ranging in age from 6 to 86 and including professional photographers as well as first-time amateurs.

This year, the project has expanded its boundaries. As Sofiya Trotsenko, the president of Winzavod Support Fund, highlighted at opening of the exhibition, "now foreign photographers can participate and share their views on Russia." 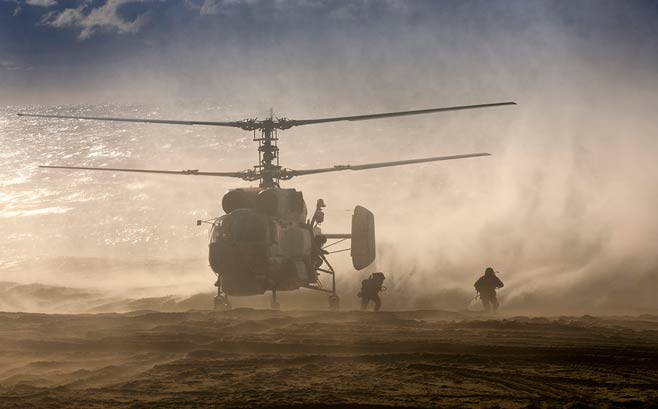 Second, a new category of submission was created — "Weddings and Funerals" — in addition to nature, architecture, style, and people and events.  This special fifth section will have a new theme every year. This year, organizers chose the theme "Weddings and Funerals," saying that these two customs most fully reflect the archaic traditions and diverse ethnic roots of nation, providing an opportunity to understand the culture of the country more deeply.

Third, this year organizers offer for the first time a cycle of Saturday lectures in the frame of the exhibition, in order to acquaint everyone interested with photo art. Lectures are divided into three blocks: photo and modern art, photo and design, photojournalism. The final stage of this cycle will be portfolio review, at which photographers will have an opportunity to connect with experts and show them their works.

Going back to 2013, it should be noted that "The Best of Russia 2013" received more than 20,000 photos of the country taken between September 2012 and October 2013. Winners were selected by a jury that included titans of the Russian photo industry, such as AFP North America head Mladen Antonov and six-time World Press Photo laureate Vladimir Vyatkin, as well as key fashion figures like Buro 24/7 creator Miroslava Duma. 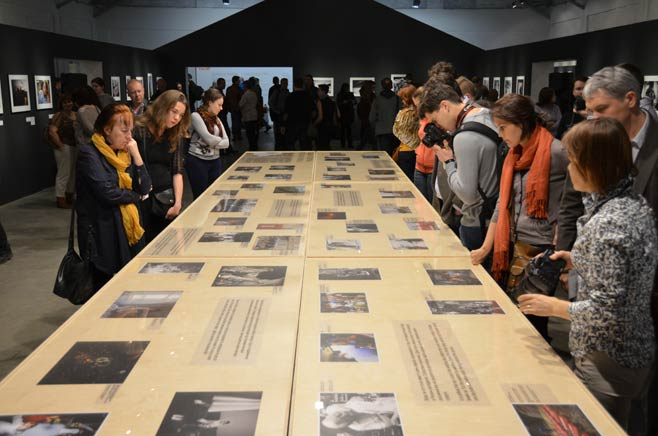 Photos from the new special category were laid out flat on a central table.

The jury selected 339 photos, which together present the world with a single vision of what happened in Russia in the past year, speaking openly, honestly and directly by showing ordinary people about their day-by-day lives as well as celebrities, models and politicians.

The most diverse section, "People, events, life," tends toward news events and photojournalism, containing works from recognized photographers such as Konstantin Zavrazhin, Mikhail Japaridze, Vasily Maximov, Yevgeny Feldman and many others. Here, we see President Vladimir Putin descending beneath the waves in a submersible, watch activist Alexei Navalny hug his wife in a courtroom after receiving a suspended sentence, and see gay rights activists beaten in the streets, bringing to mind all of the triumphs and controversies of the past year.

Apart from politics, a series of photos spotlights the lives of veterans, side-by-side with photos of poverty and unemployment. We see images of the elderly, we witness immigrants eating breakfast in a shipping container, and are introduced to a portrait of a priest who sings his own rock songs. In some of the more lighthearted shots, a cat flies across a room near calmly sitting men, and the perfect smile of happy cook trying the first spoon of soup is captured, the sincere laugh of an old toothless woman selling cucumbers, and the love of an old tramp named August showing off his tattoo of a loved one. 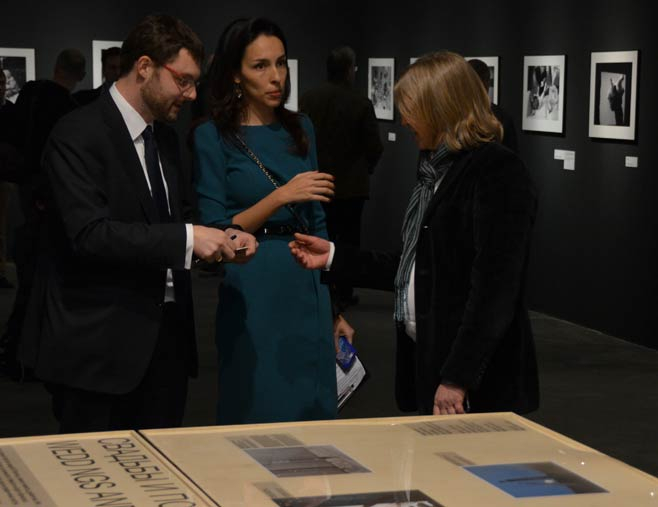 Vasily Tsereteli and Sofia Trotsenko, center, hobnobbed at the exhibit.

The special section "Weddings and Funerals" stands out first for the unusual manner of display: while the original sections consist of museum-size prints hung on walls, this section has much smaller photos that are displayed flat on a table under glass. While the display as a whole is impressive, the glare from the glass and the small sizes do detract from viewing the photos, as a disgruntled contest winner remarked at the exhibit's opening.

The section shows a wide variety of "Russian" weddings, ranging from Orthodox to Jewish and Dagestani weddings. These happy celebrations are displayed side-by-side with images of funerals, including farewells to the director Alexei Balabanov, rock star Mikhail Gorshenev and Aslan Usoyan, an alleged Kurdish mobster nicknamed "Grandpa Hasan."

Wonderful, vibrant and full of life, the exhibit is sure to have images to capture every visitor's heart — it is remarkable that so many incredible images could be produced in a single year.

"The Best of Russia 2013" will run until May 18 at the Winzavod Center of Contemporary Art, 1 4th Syromyatnichesky Pereulok, bldg. 6.