One of President Vladimir Putin's relatives, Roman Putin, has spoken out against alleged corruption at Russian Railways, a state company headed by one of the president's closest allies.

The criticism by Roman Putin, who has been accused by some of capitalizing on the president's reputation by founding the Putin Consulting firm last month, came as a shock to many because Russian Railways' head Vladimir Yakunin has been a known ally of Putin for about two decades, as well as a member of his Ozero dacha cooperative.

The move follows a series of exposes by opposition leader Alexei Navalny, one of the president's most vehement critics, accusing Russian Railways chief Vladimir Yakunin of corruption. The leaks of  information contained in those exposes have been linked to attempts by Yakunin's enemies to oust him from the company and replace him as its president.

"[Executives], from department heads to the main boss, try to create an intermediary to skim the cream off the contract. After that the subcontractors get amounts that barely allow them to live," he wrote.

Subcontractors consequently have to economize on everything and the quality of work suffers, Putin said.

In a Facebook post citing a friend on the social network, Putin said that one of the contractors allegedly exploiting its subcontractors was Transyuzhstroi.

Transyuzhstroi receives at least 35 percent of each contract's value, including a 25 percent official fee and a kickback, Putin wrote, adding that its subcontractors had to employ illegal migrants and resort to accounting fraud but still got a meager 5 percent in profits.

Transyuzhstroi is owned by Cyprus-based Apelsino Holdings, which is controlled by a number of offshore companies whose beneficiaries are unknown, Putin said. Some of Russian Railways' contractors told Slon.ru that Transyuzhstroi is linked to Oleg Toni, the railroad monopoly's vice president for construction.

When questioned by Slon.ru about Roman Putin's comments, a representative of Transyuzhstroi claimed to not know who that was, but then quipped: "Let him write whatever he wants until Daddy finds out."

Roman Putin is  son of Igor Putin, a former member of the bankrupt Master Bank's board of directors. 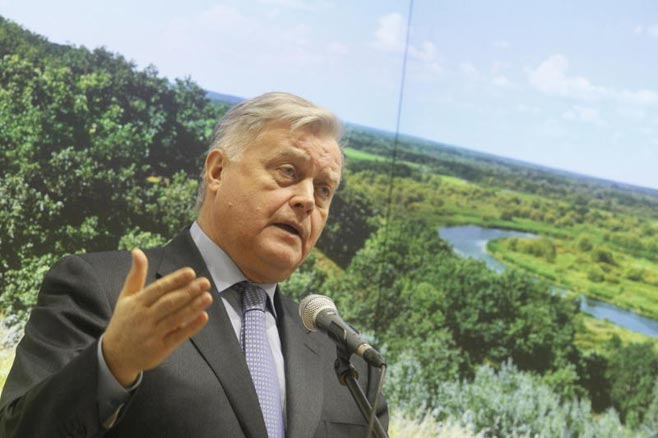 To tackle the problem of corruption, Putin proposed limiting the profits of companies that get government tenders and said that he had sent the proposal to Alexander Khinshtein, a State Duma deputy.

Putin's decision to speak out regarding alleged corruption prompted a great deal of speculation among analysts about what may have triggered the move.

Kirill Kabanov, head of the National Anti-Corruption Committee think tank, said by phone that Putin's claims could be linked to a "competition" for the position of Russian Railways' president and the struggle for power between various Kremlin-linked groups.

But Roman Putin himself cited Navalny in an interview with Slon.ru, implying that the anti-corruption campaigners work may have played a part.

"[Navalny's work] deserves respect but I do not share his political views," he said. "That is why cooperation is impossible."

Both Transyuzhstroi and Russian Railways have been targeted by Navalny's Anti-Corruption Fund.

Last year, the Anti-Corruption Fund exposed a network of offshore companies that allegedly concealed the Yakunin family's business interests, posted photographs of an extravagant country house reportedly owned by the official and published information about the foreign luxury homes of Yakunin's children and grandchildren.

"It is surprising to read this," they wrote. "One's brain refuses to interpret each 'Putin says' as something different from 'the Anti-Corruption Fund says'."

Putin's interest in Russian Railways' activities was linked by some observers to his own involvement in the rail services industry. He holds stakes in SantStroi, which designs power supply systems for railroads, as well as railway services group MRT and freight rail operators NovoMaritimeService and Novoagrotrans, Slon.ru reported.

The practices of Roman Putin's companies were allegedly similar to those of Transyuzhstroi, according to Slon.ru. In 2010, police found migrants working for 5,000 rubles ($141.8) per month at Zheldorremont, a subcontractor for one of Putin's railway services companies.