It would appear that winter is not giving up without a fight, ladies and gentlemen. The good news is, spring is supposed to win this round by Friday, when temperatures are expected to reach double digits. The bad news? Well, I don't think winter is going to give up this easily and we should probably expect at least a few more days of sub-zero temperatures and snowstorms. But if there's one thing that can take your mind off this crazy battle of the seasons, it's a good concert or two, so let's have a look at what Moscow has to offer.

Friday will be a good day for heavy metal fans, because Manowar is coming to town as part of their world tour in support of their latest album. The group is known for its lyrics based on fantasy, particularly swords and sorcery, mythological themes like Norse mythology and for playing a lot of songs about heavy metal music, along with their "loud and bombastic" sound. Manowar was formed in 1980 in upstate New York by Joey DeMaio, a former pyrotechnic for Black Sabbath. Despite the fact the band never really achieved mainstream commercial success in the U.S., they have garnered a cult following and are extremely popular worldwide. They have released 13 albums to date, and have actually established a Guinness World Record for the loudest performance ever back in 1984. They have since broken that record twice, so if you want to go all out and rock with these leather-clad guys, head on over to the Rossia Concert Hall on Friday, March 21. Tickets start at 1,800 rubles and the show kicks off at 8 p.m., so dress accordingly and go have a blast!

Saturday is the perfect night to dance the winter blues away, and there are more than enough options to choose from. If you're looking for something sunny with a good beat, check out Teatr Club because they're hosting a reggae/jungle/drum 'n' bass night, and British ragga MC General Levy is in town to make sure the night is a success. Icon Club is opening its doors to house music fans, with Rebeka Brown from Spain and DJ Saeed Ali from the Netherlands taking over, and Solyanka Club is hosting Taylor Freels aka DJ Urulu from the U.S. with a deep house set. Or you can even go a few decades back in time and check out hard techno band Scooter at Stadium Live, because for some bizarre reason these guys are still very popular in Russia. 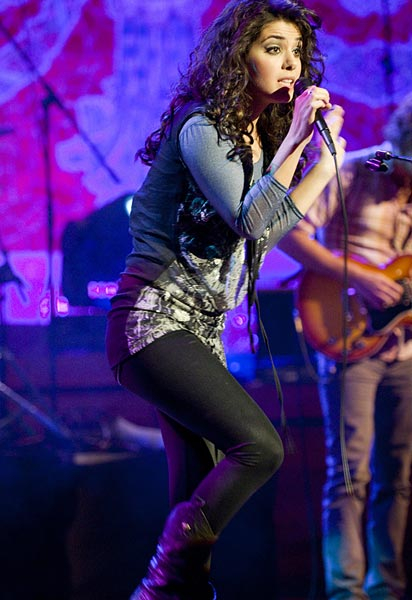 I'd suggest going to check out Michael Gira's solo gig, though. The California-born and New York-based leader of Swans is in Moscow for just one night, and I will refrain from all bad swansong-related puns and just tell you that you can expect some great folk and industrial music from this industry veteran. He's released 11 solo albums, formed a record label and has generally been on top of his game, so it'd be a shame to miss his first Russian solo performance in almost a decade. Gira will be taking to the stage at Teatr Club on Saturday, March 22. The gig kicks off at 8 p.m., and tickets start at 1,200 rubles — a worthy investment, if you ask me.

Sunday is the day I’m most excited about, however, because Katie Melua is in town! This Georgian-British musician, singer and songwriter is incredibly talented and she is returning to Moscow for another concert. In November 2003, at the age of 19, Melua released her first album, “Call Off the Search,” which reached the top of the British album charts and sold 1.8 million copies in its first five months of release. Her second album, "Piece by Piece," was released in September 2005 and to date has gone platinum four times. One year later, in 2006, she became Britain's best-selling female artist and has to date released six studio albums. Fun fact: Katie's name is actually Ketevan, as she was born in Georgia, and she held three different citizenships before she turned 21 — first Soviet, then Georgian, and finally British.

None of that is going to matter once you hear her play the piano and sing, however, because Melua is mesmerizing and you will not regret going to see her live performance. She's taking to the stage at 7 p.m. at Crocus City Hall on Sunday, so get your tickets now!

All in all, even with winter putting up a fight, it looks like it's going to be a very good weekend, so have fun and I'll catch up with you next week!