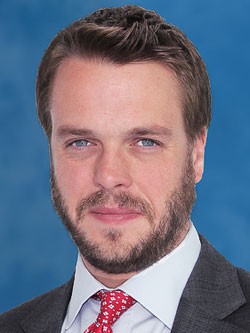 It is clear that the events in Ukraine have the potential to create a significant headwind for Russia's investment market. As I write, the heavy sell-off in Russian equities and the pressure on the currency that has pushed the ruble to record lows against the USD are drawing worrying comparisons to events almost six years ago. Indeed, the market's resolve has not been tested in such a way since the collapse of Lehman Brothers in 2008. Currently, Russia's economic fundamentals matter little when the market has been pricing risk so aggressively.

Though it may not be front and center of investors' concerns right now, we are, nonetheless, encouraged that for the first time the government is on record as acknowledging that the reasons why the economy disappointed in 2013 are not a function of the global economy, rather they are the result of domestic factors. Though GDP growth at 2 percent is hardly a selling point (when US growth is forecast at 2.6 percent) the government's new focus on investment to support growth, rather than relying on consumption, is encouraging. Should the situation in Ukraine settle, this provides a good platform for the vital restructuring of the Russian economy.

As for the commercial real estate market, the weak economy has actually done little to impact volumes. Volumes for 2013 came in at USD 8.1bn, way above pre-crisis levels of $5.1 billion in 2008 and we expect 2014 to be strong too at $7 billion. Though clearly the events in Ukraine suggests the risks to this forecast are to the downside. Nonetheless, what is clear is that there is considerable depth and volume of investment in the market which we expect to be well supported in 2014.

We are not inclined to predict any contraction in yields in 2014 in commercial real estate, particularly given the current market pressures, and expect rates to remain flat for the foreseeable future. With economic predictions cautious, rental increases are unlikely, especially given the large amount of stock coming to the market in 2014, particularly in the retail and warehouse space. Indeed we would not be surprised to see a jump (from admittedly a very low base) in vacancy rates in both those sectors.

Policy issues are one of the big unknowns in the market going into 2014. Specifically the move to cadastral valuation of commercial real estate, combined with the changes in property tax. So far these changes have only been implemented in Moscow and Moscow region, but what is clear is that they have created considerable disquiet amongst both owners, developers and occupiers.

Despite the slowdown in economic growth, and current upward repricing of Russian risk, the Russian real estate market still has considerable potential. Even though completions are expected to come in at record levels in 2014, there remain significant supply constraints overall. Moscow still has less than 10 percent of the class A office space per capita than San Diego; half the shopping center space per capita of Warsaw and warehouse space per capita that is half that of Munich.