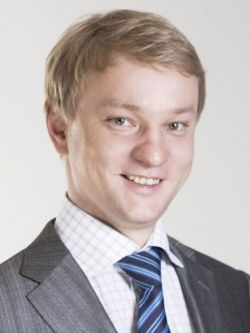 Capital flight to offshore and low-tax jurisdictions is one of the main challenges and threats faced by a modern economy. According to the OECD's report dated Feb. 12, 2013, "Addressing Base Erosion and Profit Shifting," modern international tax planning has become a threat to the world economy given the scale on which so many companies are using offshore instruments to avoid paying taxes. As a result, the fight against so-called "offshorization" is not just encountered in domestic Russian policy but is a concerted policy of the leading economies internationally.

Experts estimate that over the last 20 years, around $800 billion have flowed offshore from Russia with more than $20 trillion total in offshore jurisdictions; the British Virgin Islands have received more foreign investment than Germany.

On Dec. 12, 2013, in his annual address to the Federal Assembly, Russia's President Vladimir Putin stated that amendments need to be made to Russian legislation to stipulate that the income of companies located in offshore jurisdictions will be taxed if those companies do not distribute income they receive to the Russian owners of the companies in question. On Jan. 9, 2014, Dmitry Medvedev gave an Instruction (resolution No. DM-P13-9589 dated Dec. 31, 2013), in pursuance of the Russian President's list of directions No. Pr-3086 dated Dec. 27, 2013, for the appropriate draft federal law to be prepared and submitted to the Russian government before May 19, 2014. This draft law will implement a set of measures concerning "deoffshorization" of the economy.

Among the measures which the government has already announced are: applying profit tax to the income of foreign companies with Russian beneficial owners (the rule concerning foreign-controlled companies), if they do not pay dividends in Russia; imposing a ban on state support being provided to companies registered in offshore jurisdictions; and imposing a ban on state or municipal contracts being entered into with companies incorporated in an offshore jurisdiction. The government has prepared an action plan to "deoffshorize" the economy, and under this it is intended that: a definition of "companies' tax residency" will be introduced; the concept of "beneficial owner" and requirements to disclose it will be enacted in Russian legislation; a treaty base will be developed so that Russia's Federal Tax Service can cooperate more effectively with tax authorities abroad to exchange tax-related information. The first steps in this direction will be amending transfer pricing legislation and ratifying the Convention on Mutual Administrative Assistance in Tax Matters.

Information exchange. In February 2014, the Organisation for Economic Co-operation and Development (OECD) has already published its single global standard for automatic exchange of financial account information. This was drawn up in association with the G20 and the EU and was approved by the fiscal committee on Jan. 17, 2014. The This document sets out the principles on which the tax authorities of different countries will exchange information. will be done annually, and the information to be disclosed will not only relate to investment income (interest, dividends, and income relating to insurance contracts), but also to funds on accounts, the sale of financial assets, the accounts of legal entities and individuals, and even trusts. Information will also be disclosed about persons who control these structures. If the automatic exchange of information is implemented, this will help countries build databases while the tax authorities will be active in disclosing complex cross-border tax evasion schemes.

A rule concerning foreign controlled companies exists in the tax legislation of many countries with developed economies. A company registered in a foreign state which belongs to shareholders or a group of shareholders who are resident in another state may, under certain conditions, pay taxes in the country where its shareholders are resident. The Russian government is planning to apply such an approach in Russia, though as yet it has not explained how such intentions will be turned into reality.

In global practice, there are significantly different rules in legislation concerning foreign controlled companies. For example, in the CIS countries the mechanism of "deoffshorization" is implemented through establishing special protective measures when working with offshore companies: by introducing a special tax on any transfer to offshore companies (Belarus); or by prohibiting certain types of expenses from being deducted when incurred for the benefit of an offshore company (payments for services provided by offshore companies) in Ukraine and Kazakhstan. As part of a package along with currency restriction measures (requirements to repatriate foreign currency proceeds and conducting more stringent administration of bank settlements with foreign companies), such measures are aimed at creating additional financial and administrative costs and barriers when working with offshore and low-tax companies.

Besides classical offshore jurisdictions (countries where there is no tax on profit, turnover or capital income from international operations), it is extremely common for models under which capital is withdrawn from the economy to feature low-tax jurisdictions that offer significant tax incentives for certain types of transactions and have double taxation treaties with Russia. Among these countries are not just Cyprus, but also the Netherlands, Luxembourg, Austria and many others. These countries are often used as states through which capital may be channeled to offshore jurisdictions. These transition countries should be treated on the same footing as offshore jurisdictions and placed in the group of countries in relation to which the rules on foreign controlled companies will apply.

If such rules are adopted, international double taxation treaties may need to be amended. This is a rather more complex process since it is beyond the control of Russia's legislature. To fight effectively against capital flight, at the same time as rules are adopted regarding foreign-controlled companies it will be necessary to: introduce the institution of tax residency for legal entities; update the concept of beneficial owner; improve international double taxation treaties; construct an effective system for exchanging information with foreign tax authorities; arrange for international support in levying taxes; and improve the administration of and increase control over transfer pricing.