I once wrote most of what I planned to be a book about Russia. I got as far as sending chapters out to publishers. One of the few editors who was kind enough to reject me personally explained why my proposal was not of interest. It was "too worshipful" of Russia, she wrote.

As much as I appreciated the fact that the editor took the time to send me a real letter, and as much as I admit I was probably on the way to writing a bad book, I have always thought her response was asinine. Would she have thought me more talented and impartial if I had done a nasty exposé bucking up all the ignorant myths foreigners have about Russia?

I recalled this ancient nonevent when I saw Boris Nemtsov's Feb. 5 Facebook post about the beginning of the 2014 Winter Olympics in Sochi. Berating President Vladimir Putin and his cronies for alleged corruption and incompetence in the preparations for the Games, the prominent opposition leader stated, "Scoundrels are bringing shame on my country."

I have spent nearly 25 years exploring and writing about the riches of Russian theater, which any relatively knowledgeable theater person will tell you is one of the world's greatest and most innovative theater traditions, past and present. I have also found ample time to write about other timeless Russian creative contributions to mankind in the fields of prose, poetry, painting, music, architecture, publishing and more.

I can give many reasons why I love Russia and Russian culture. Leo Tolstoy. Pyotr Tchaikovsky. The playwright Nikolai Erdman. The photographer Alexander Rodchenko. The director Kama Ginkas. My wife, the actress Oksana Mysina. Church cupolas in the snow. Hot, rolling green meadows sliced by thin, cool, winding streams in summer.

Any list will be grossly incomplete and will look flatly arbitrary to anyone who does not share my experience or views. When Russians learn that my paternal grandparents were Slovaks, they are overjoyed. "That explains it! You are a Slav!" they tell me happily.

I never felt that for a moment. What I do feel is an affinity and an enduring affection for a land and a people who over the centuries have created so much beauty and have revealed so many hard, honest truths through their art.

Imagine, then, how it looks when you open your browser on the first day of the Winter Olympics and you see hundreds upon hundreds of articles by international journalists reporting on: the mass execution of stray dogs in Sochi; the toilets that do not work; the water that is brackish; the parks that have been destroyed; the homes and lives disrupted; the nearby towns destroyed; the businesses and land stolen from local entrepreneurs and residents; the presence of U.S. warships in the Black Sea to evacuate Americans in the event of a terrorist act; the demonstrable dangers of cyber attacks and identity theft of anyone daring to use a phone or computer; the lack of working doorknobs and lightbulbs in hotels; the one-and-a-half meter beds intended for athletes standing two meters tall; manhole covers missing over sewage systems beneath hastily built sidewalks; the unconscionably outrageous cost of the Olympic games — about $51 billion.

I want people to know that the Gogol Center in Moscow is changing the way theater is made. I want them to know that playwrights like Maksym Kurochkin and Yury Klavdiyev are sneaking up towards the pantheon of great Russian writers. I want them to know that potential successors to the iconic director Konstantin Stanislavsky are out there changing Russian culture this very moment. Believe it or not, these are important developments that will reflect on the world's impressions of Russia for decades and, I dare say, centuries. 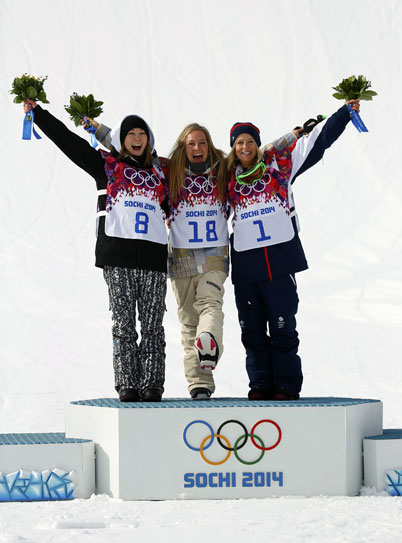 Instead — toilets and potholes.

In fact, I hope a few journalists will raise their eyes from the broken doorknob in their hand and the missing manhole cover under their feet to take a look around and see what is happening around them.

For example, ladies and gentlemen, cast an eye in the direction of the massive attack on freedom of press and free speech that is the ongoing effort to shut down the independent Dozhd, or Rain, television station. Are you aware that that is happening right now?

I wonder how many of you know that two days before the Olympics close, a Russian court will pass judgment in Moscow on a group of defendants known as the Bolotnoye Case, or May 6, prisoners. Many consider these people victims of Putin's desire for revenge on those who took part in a mass protest against him on the eve of his most recent presidential inauguration on May 7, 2012.

Perhaps you now see why I grabbed onto Boris Nemtsov's cri de coeur about scoundrels bringing shame on "our" country, the country each of us loves for our own personal reasons.

I do not expect the average newshound to care about the stories I and others like me cover. I am used to comments like one I heard this week from a foreign journalist who laughed when I said I write about the arts in Moscow. "Oh, I never read that stuff," the very pleasant man joked.

That is the status quo, even though the man is dead wrong for limiting his knowledge so and, therefore, his ability to understand. If he has any legitimate thoughts about Russian politics and society, he cannot help but be influenced by the artistic culture that grows around them, because of them and in spite of them. The arts, in all of their variety, are Russia's constant claim to quality and greatness.

You will notice I haven't said a word about the Games themselves. As a former professional athlete, I am a huge fan of sports and I love the Olympics. I was against calls for an Olympic boycott because I think it is wrong to steal an athlete's purpose in life in order to make political points.

Once again the onus falls on the Olympics' organizers. They created an atmosphere in which Russia's image crashed, the athletes ceased to be the front page story, and the lives of many residents of the greater Sochi area were scarred forever.

Meanwhile, I will just do what Curtis Mayfield suggested: I'll keep on keeping on. Keep an eye on this space. I will do my best to keep telling you why Russia is better, more interesting, and much more deserving of your attention than you may know.