SOCHI — Guram Toyev, a heavily bearded construction worker who has laid pipes to bring water to Olympic venues in Sochi for the past few years, was looking for souvenirs to take back home.

With a little more than a week left before the Feb. 7 opening ceremony, Toyev's job is almost over. In a few days he will reunite with his extensive family in his native North Ossetia.

I meet Toyev in a glitzy Olympic souvenir store, a temporary rectangular cubicle made of mirror glass in Sochi's main landmark, its Stalin-era Black Sea port. 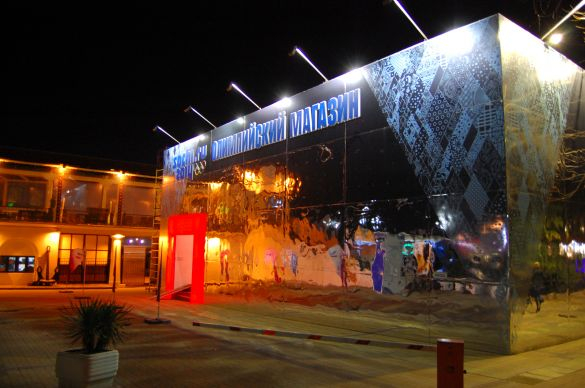 Toyev expressed disbelief, which I quickly dispelled by pointing to the label in the cap's lining.

"Why didn't they make it in Sochi?" he said with genuine surprise in his voice.

Toyev's sentiments are shared by many visitors who want to own a memory after their stay in the Olympics town. Other than surprise that the souvenirs are not made in Russia, visitors are complaining that the merchandise is expensive and made with low-quality materials such as polyester and acrylic fiber.

Still, despite the concerns, people are buying the goods. Yekaterina Borodina, an Olympics volunteer, could only afford the official white Bosco gloves with rainbow-colored fingers. The gloves, which are made of polyester and cost 500 rubles, are especially popular among children. 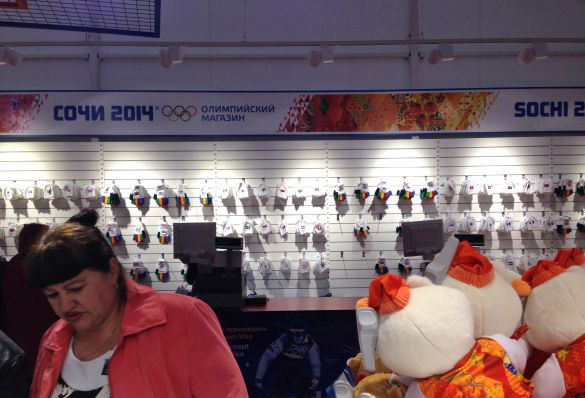 Browsing the store's shelves, Olympics logos could be spotted on dog leashes, baby dolls and cat pillows. Indeed, the logos seemed to be on every kind of merchandise except condoms, so I asked the shop attendant whether he also had Olympic condoms for sale. He did not bat an eyelid as he offered a flat "no," speaking as if he fields the same question from half of his customers.

The store's mirrored walls reflect the seaport, which has been turned by Bosco, the company that designed Russia's official Olympic uniform and produces many Sochi 2014 souvenirs, into a collection of luxury stores crammed with gleaming Italian bags. 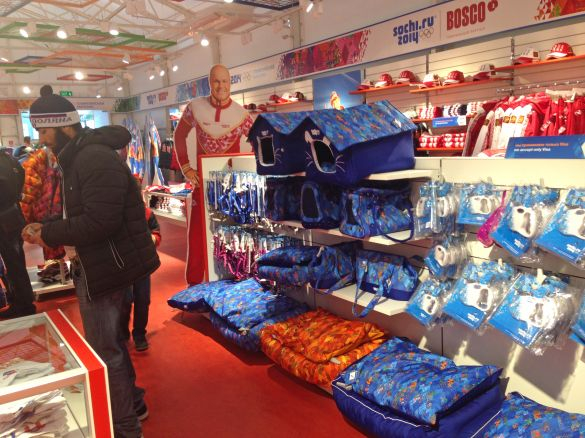 "The jacket is the same one that our athletes will wear during the opening ceremony," Andrei, a shop assistant, told me.

"We can offer a 15 percent discount," he added, adopting a persuasive tone that indicated that he thought the discount should dispel any doubts that I might have had about the price.

When I asked him what is the most popular item on sale, he had a quick reply. "The 500-ruble gloves are a real hit!" he said.