A wave of intense political pressure on opposition-leaning Dozhd television, the country's most prominent privately owned television outlet, resulted Wednesday in at least two cable providers removing it from their packages, while lawmakers have demanded an investigation into content on the channel.

The pressure stems from backlash against a poll run by Dozhd regarding the Nazi blockade of Leningrad during World War II, an event treated with the utmost reverence by government officials and pro-Kremlin pundits.

Dozhd's editor-in-chief and political analysts say the attack on Dozhd is most likely being orchestrated by the authorities and is part of a broader campaign to make media coverage of the government more favorable.

The vast majority of national television channels are state-controlled, but the Kremlin has moved in recent months to bring even more of the country's media under its direct supervision. In December, President Vladimir Putin dissolved state news agency RIA Novosti, replacing it with a new outlet under the leadership of an aggressively pro-Kremlin television anchor.

“The restructuring of RIA Novosti is part of this campaign,” said Pavel Salin, director of the Center for Political Studies, a think tank.

The pressure on Dozhd also comes amid reports of restrictions placed on journalists covering the Sochi Olympics. On Tuesday, the New York-based Committee to Protect Journalists released a report detailing harassment of journalists investigating politically sensitive topics in Sochi such as the abuse of migrant workers' rights.

For Dozhd, the trouble began on Jan. 26, the eve of Russia's anniversary celebrating the end of the Nazi blockade of Leningrad, when it posted a survey on its website asking readers: "Should Leningrad have been surrendered to save the lives of hundreds of thousands of people?"

Amid a flood of indignation from Russian bloggers — many of them pro-Kremlin activists — who regarded the survey's question as an insult to the siege survivors and the memory of its victims, Dozhd quickly removed the poll, and its website editor Ilya Klishin apologized in a Twitter message for the "improper question."

Despite the removal of the poll and the apology, several senior State Duma deputies on Monday condemned Dozhd. Irina Yarovaya of United Russia, head of the State Duma's Anti-Corruption and Security Committee, called the survey an "attempt to rehabilitate Nazism," Interfax reported.

Ivan Melnikov, Duma deputy speaker and a member of the Communist Party, said the poll was "an attempt to lift the taboo off the issues that humanity dropped at the Nuremberg trials," Interfax reported. Melnikov said the poll was not the only mishap by Dozhd in recent weeks, because "amid developments in Ukraine the channel abandoned even minimal attempts to be objective."

Dozhd editor-in-chief Mikhail Zygar posted an open letter to viewers on the channel's website on Monday afternoon, saying that the authors of the survey did not mean to offend anyone and that the "campaign" against the independent channel was "a result of a politically motivated directive."

Political analysts agreed with Zygar's take on the situation.

"A considerable part of the power elite has a negative view of the channel and there is a big desire to liquidate or weaken it to the greatest possible extent," Alexei Makarkin, deputy head of the Center for Political Technologies, a think tank, said by phone. 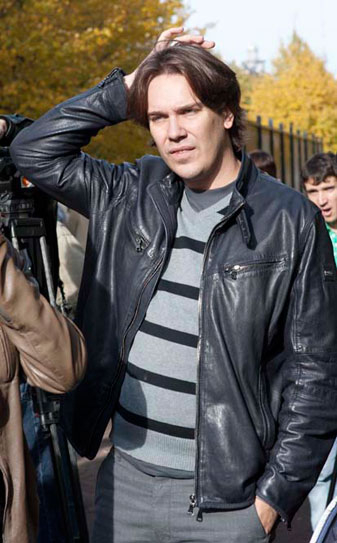 Dozhd was founded by supporters of President Dmitry Medvedev's team in 2010 to publicize pro-Kremlin liberals, but that task from the government no longer exists, political analyst Salin said.

A top government official disputed that a campaign was afoot to shut the channel down, however. Deputy Communications and Press Minister Alexei Volin told Kommersant FM radio that "when a campaign of political persecution unfolds, a channel is usually shut down." He also called the survey "idiotic," unprofessional and disrespectful of public opinion and said that Dozhd should fire all its editorial staff linked to publishing the survey.

Lawmakers and cable television officials were united in calling for sanctions on the channel.

As if replying to Pripaсhkin's call, at least two cable television providers — Akado and Dom.ru — said Wednesday that they would cut off Dozhd to their subscribers across Russia. Unconfirmed media reports said two other networks had also stopped carrying the channel.

Dom.ru, which operates in 40 cities and towns, disconnected Dozhd to its subscribers over the absence of a contract with the channel, the network's local websites reported.

Television operator Akado decided Wednesday to switch off Dozhd starting Thursday, over the "significant change in the broadcasting concept of the channel in recent times," Interfax reported, citing a statement by Akado.

"Those who defended Leningrad unquestionably performed a great feat," Dmitry Novikov, author of the Duma's request to Chaika, told The Moscow Times by telephone.

"The survey [of Dozhd] envisages a 'yes' or 'no' answer, which make it possible to question the people's feat as useless," Novikov said.

Novikov dismissed Zygar's apology, calling the poll "an element of editorial policy" and asking why a representative of Dozhd speaking on RSN radio Tuesday proposed a public discussion of the poll question.

Novikov refused to speculate about possible sanctions against Dozhd, but said that if prosecutors failed to impose any, the party would come up with a bill "on protecting historical memory."

Some observers and journalists spoke up for the channel, defending its right to have an independent editorial policy. A commission at the Kremlin human rights council condemned the removal of the channel from the air by cable networks, saying it contradicted Russia's international obligations related to democracy, and Russian laws that require a court ruling for "shutting off" a registered media outlet, RIA Novosti reported.

Pavel Gutiontov, secretary of the Union of Journalists of Russia, said it was "unacceptable that a body that must provide a broadcasting opportunity would engage in censorship of the content," Gutiontov told Interfax.

At least two high-profile journalists, including television and radio host Nikolai Svanidze and former Izvestia gossip columnist Bozhena Rynska, defended the right of Dozhd to publish the survey and justified posing the survey question to viewers.

In response to the public outcry, Dozhd said it would dedicate programming all day Sunday starting at noon to discussing patriotism, adding that it did not want patriotism to be "mistaken for loyalty to the authorities."

Russia's space agency is discussing with Moscow a continuation of its participation in the International Space Station past 2024, a Roscosmos official...
shifting posture

The Russian military’s movements of nuclear-capable assets appear to be intended to send a “signal” to the West amid its losses in Ukraine...