Opposition politician Alexei Navalny formally joined the People's Alliance party and was elected its leader on Sunday when it held its founding congress.

The congress, which was attended by 111 delegates from 48 regions, marked the party's third attempt to be registered. The People's Alliance held previous founding congresses in December 2012 and June 2013 but the Justice Ministry rejected its applications for registration.

This time around, the event was held at a luxury hotel with decor exploiting the theme of the 1812 Borodino Battle between Russia and France. The congress attracted a diverse group of people ranging from young hipsters sporting ripped jeans to elderly people in classic suits.

Leonid Volkov, chairman of the congress and Navalny's former campaign manager, said the party's third attempt to be registered reminded him of the film Groundhog Day, an American movie released in 1993 in which  the main character finds himself in a time loop and relives the same day over and over again.

The Justice Ministry's repeated refusals to register the party prompted some observers to conclude that the liberalization of party registration rules in 2012 was a sham. They argued that, though the ministry had registered a total of 74 parties so far, only one of them, RPR-Parnas, was an actual opposition party with no links to the Kremlin.

Navalny expressed a similar thought during his speech at the congress.

"If the People's Alliance is not registered, it will just show that all the talk about the opposition's access to elections is meaningless babble," he said.

Since the authorities had refused to register most other opposition parties, he said, the appearance of the People's Alliance would be anti-Kremlin voters' "only opportunity to vote for someone."

Navalny refrained from joining the party until its third founding congress, saying that his membership would only serve as fuel for the Justice Ministry's rejection.

"The authorities are obsessed with banning everything that is connected to my name," he said. 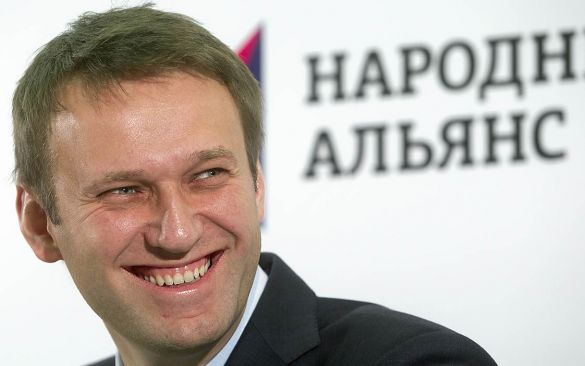 But on Sunday he formally joined the party and was chosen as its leader.

Navalny said that he did not want to run unopposed, adding that this "goes against the party's spirit."

Navalny said that all party members, not only delegates, should be able to vote for a party leader.

Apart from competitive elections, the politician called for intra-party democracy in decisionmaking, a principle that was clearly demonstrated at the congress when several delegates abstained or voted against certain key procedures like the establishment of the position of party leader.  Most formal votes were passed unanimously, however.

Another issue on the agenda was the adoption of the party platform. Vladimir Ashurkov, executive director of Navalny's Anti-Corruption Fund, said at the congress that economist Sergei Guriev and Vedomosti journalist Oleg Salmanov had helped prepare the current draft.

A major focus of the party's ideology is the decentralization of power.

The platform approved by the party members also envisages cutting the number of government officials, lustration for those responsible for political repressions, reducing the president's powers, possibly switching to a parliamentary republic and ensuring the independence of the judiciary. It also stipulates "drastically reducing" government interference in the economy, ending censorship, prohibiting the government from owning media outlets and abolishing conscription.

"We believe Russia to be part of the European civilization where freedom, self-esteem and individual responsibility are gaining more and more importance, and government involvement in various kinds of human interactions — economics, culture or the family — is less and less necessary," the platform read.

The foreign policy plank calls for introducing visas with Central Asia, stopping support for "rogue states" and partnering up with Western countries.

The party's platform has been alternatively interpreted by analysts as center right, centrist or nonideological.

Despite the serious discussion of ideas, the delegates poked fun at many issues on the agenda.

Some party members laughed when the congress approved a paper plane colored violet and crimson as the party's official symbol.

"It symbolizes our fast movement towards a bright violet and crimson future," Volkov joked, replying to a delegate who asked why the symbol had been chosen.