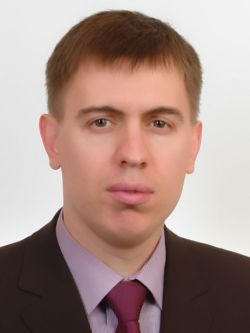 Russia's leadership has declared a strategic target of turning Moscow into an international financial center, which involves taking a number of steps to make the country a more attractive place to do business. These measures also include efforts to increase trust in the Russian justice system, without which it will be impossible to achieve this ambitious objective.

It is no secret that businesses, Russian and international alike, working with major Russian companies do everything they can to avoid ending up in the Russian state courts, which, sadly, do not enjoy a high level of trust.

This is the case despite all the declared advantages of the Russian judicial system, its openness, low duty on lawsuits, and prompt trials. According to the RF Arbitration Procedure Code, a case should be heard at the first instance within three months. A two-month limit is set for completing proceedings at each of the appeal and cassation instances. The time needed for civil and commercial cases in the Russian state courts is therefore among the shortest in the world.

At the same time, characteristics such as openness, which takes the form, among other aspects, of the publication of all court decisions online, and short trial times can often be seen by business as more of a drawback. In most cases the parties would prefer a high quality trial to speed. And preserving confidentiality is also important. However, the main reason why businesses, particularly foreign businesses, try to avoid the competence of state courts is their lack of faith in the independence and impartiality of Russian courts.

Contracts typically deal with these risks by including arbitration clauses allowing the parties to determine procedure and appoint arbitrators of their choice. However, in the Russian reality even the existence of an arbitration clause is often no obstacle to the case going to a state court, notwithstanding the objections of the parties to its competence. This situation is exacerbated by the Russian courts' traditional suspicion of arbitration courts, which results in refusal to recognize their competence.

However, practice shows that the situation is gradually improving, which means Russia can be described as an ever more arbitration friendly jurisdiction. As an illustration, let us consider two examples of the attitude of the state commercial courts to international commercial arbitration that we have encountered in practice.

In the first case, in early 2011, the claimant filed suit in Moscow Oblast Arbitration Court seeking reimbursement of the cost of repairs to property leased to the respondent, although the lease agreement provided for all disputes to be submitted to international commercial arbitration. At the same time, the claimant cited financial difficulties and asked the state court to release it from payment of the 200,000 rubles duty payable on the claim (the maximum duty on a lawsuit in a Russian state court). The court granted a deferral of payment of the duty. Subsequently, when the respondent argued that the court did not have competence to hear the dispute, the state court disagreed and stated that the arbitration clause was unenforceable. By way of the reason for this unenforceability, the court cited the claimant lacking the funds to pay the arbitration court fees, and continued with the trial.

A more recent example demonstrates how the attitude of the Russian courts to voluntary jurisdiction has been evolving. In February 2013, a large Russian company brought a claim in Moscow Arbitration Court against a subsidiary of a foreign company concerning a power station construction contract. This contract also contained a clause providing for all disputes to be considered in Stockholm Arbitration Institute, which the claimant disregarded.

When the respondent objected to the competence of the court, the claimant presented a whole range of arguments why, in its view, the arbitration clause was unenforceable. They included the vague formulation of the arbitration agreement, improper form, absence of a foreign element, violation of the principle of fairness, and even that the respondent's objection to the competence of the state court constituted an abuse of rights.

Despite these objections, the court of first instance held that it was not competent to hear the dispute, and the higher courts concurred. Importantly, the third instance ruling, issued in August 2013, supported the argument that the question of the competence of an arbitration court to hear a particular dispute is to be resolved by the arbitration court. In this way the ruling effectively supported the competence — competence doctrine, which is one of the fundamental principles of the modern law of arbitration. This marked a departure from the previous practice of the Russian state courts, which typically preferred to make their own decision as to whether a case could be submitted to arbitration.

The support for the competence — competence doctrine is a significant step towards strengthening trust in the Russian justice system, and therefore towards increasing the attractiveness of Russia as a place of business. Let us hope that we see further moves in this direction.