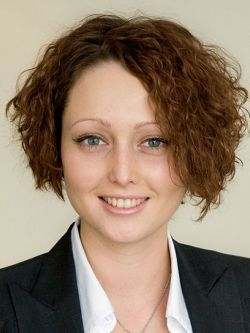 At the behest of the Russian president, who demanded work on the legal regulation of town planning activities and improvements to the business environment in the development sector, the Economic Development Ministry has drafted a law that will significantly amend the Land Code.

A public consultation on the draft law is currently taking place. Official sources say that this will be completed in October. It is being carried out via the government's unified portal (regulation.gov.ru), which informs the public about laws and regulations being developed by the federal authorities and gives updates on the progress of consultations. Any visitors to the portal can have their say and suggest improvements to the draft law in whatever form suits them (electronically or in writing).

The document proposes extensive changes lo land legislation. The authors hope, first and foremost, to plug gaps in the law and ensure better regulation of the allocation, for construction purposes, of land plots owned by the state or municipalities. The changes aim to make existing investment projects more attractive by simplifying the current procedures and imposing order on them. Another goal is to iron out the flaws in legislation that give rise to abuses of power on the part of government authorities.

Based on foreign (especially U.S.) experience of regulating the allocation of state-owned land plots, the following main changes have been suggested:

• To approve public bidding processes as the main way for the state or municipalities to allocate land plots for construction purposes and to make it impossible to allocate any land plots outside a bidding process (as land legislation now stands, a preliminary approval of a property location is an alternative to bidding).

• To place restrictions on allocating land plots outside bidding processes. The document proposes that this may only be done in exceptional situations, such as important infrastructure projects, where land is allocated to individuals to construct a residence and other similar cases. The above procedure of obtaining a preliminary approval for a property location is fleshed out in more detail while at the same time being simplified in many ways. One of the proposals is to replace the obligation of a potential user of land to obtain a preliminary approval with an obligation to develop the area planning documents and form the relevant land plots). The legislators expect these new developments to speed up the allocation of land plots outside bidding processes, with the maximum period being cut to three months (from three years).

• To make the allocation of land plots for construction as transparent and accessible as possible. To this end, it is proposed for state and municipal authorities to publish on their official websites lists of land plots that they may allocate. Moreover, the authors of the draft law believe that it would be logical to impose an obligation on state and municipal bodies to put land plots up for a bidding process if an interested party requests it (except in certain exceptional circumstances).

• In addition to this radical reform, to resolve certain other legal contradictions. Among other things, it provides for:

the procedure of allocating land plots for integrated area development to be extended to cover not only residential development projects (as the current law stipulates), but all types of construction;

a unified standard to be set for documents that serve as the basis for forming a land plot, including for construction purposes (there are certain discrepancies in the current law as to the documents required for land plots to be formed);

a procedure to be set for determining and changing the type of permitted use for land plots that are intended to accommodate transportation, communication and utility lines (there is no clear regulation at the moment);

the possibility to lay transportation, communication and utility lines in any areas and land plots, whatever the permitted use;

the procedure to be detailed for developing areas that already accommodate properties, listing more clearly the facilities that may be constructed within these areas (with land plots being allocated to construct them) and other important changes to be made.

On the whole, the new proposals in the draft law can be seen as a good thing. They make the procedure for allocating land plots simpler, will stimulate growth in the land market and will boost sales of land. With administrative restrictions for allocation of land plots to interested parties becoming less stringent, investment prospects will increasingly be more attractive.

Please note, however, that the draft law is still being prepared for submission to the State Duma. The public consultation is ongoing, so the first version of the law may look quite different.