Kaluga shines so brightly in the regional investment firmament that it has regularly drawn cheers from President Vladimir Putin and various economists.

Some of the reasons why the region, 160 kilometers southwest of Moscow, is leading the way as a target for new business ventures include the decision by Governor Anatoly Artamonov to share his mobile number with prospective investors, and a simplified process for obtaining construction permits.

These and other groundbreaking best practices have been undergoing scrutiny by the World Economic Forum, or WEF, the same group that stages the annual business conference in the Swiss resort of Davos. The organization is preparing to unveil a report aimed at plotting a way forward for Russia's sputtering economy by showcasing the achievements of its regions.

Business and political leaders will gather in a local hotel this weekend for the WEF's annual Moscow Meeting to discuss interim findings of this report, which is scheduled to be presented at the next Davos forum in January. The forum intends to prepare a list of specific institutional changes that could help gross domestic product grow at a faster rate.

The report builds on the conclusions of a previous WEF report on various scenarios for Russia's development that was unveiled in Davos last January.

"We have explored this very question of how to improve institutions as a driver for growth in further detail," said Stephan Mergenthaler, the forum's deputy head of strategic foresight, who leads the research effort. "The report will focus on which specific measures, specific institutional reforms, have the biggest effect on growth."

The Moscow gathering at the Baltschug Kempinski hotel is the forum's only formal meeting with broad participation from different stakeholders, such as business leaders and government members, he said. As part of this ongoing research, participants have already had a number of more informal meetings with several regional administrations since January during field trips around the country. The St. Petersburg International Economic Forum also hosted a discussion on the subject in June.

The experts first set out to study how to underpin Russia's long-term economic development in the beginning of 2012 —  work that ended with a presentation of various scenarios for the country at the latest Davos forum in January. The scenarios hinged on three conditions: how popular discontent would play out; the extent of the impact on the country of major shifts in global energy trade; and Russia's ability to reform its institutions.

"What really came out of this work was an uncertainty among the stakeholders about the way forward," Mergenthaler said. "The conclusion from that scenarios work is that Russia really needs to build a more resilient economic model against the background of this changing external environment."

That is where the question of improving institutions popped up very prominently. The forum will attempt to provide answers in the report at its next meeting in the beginning of next year, Mergenthaler said.

A very detailed economic analysis is building on practical examples from the experience of Russia's regions, which have scored high for competitiveness, foreign direct investment and other metrics in international rankings, he added.

"In this second report we want to analyze good examples of best practices from some of the top performing regions in Russia," Mergenthaler said. 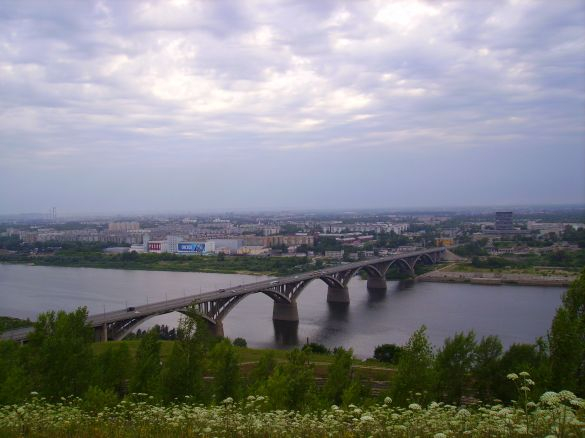 At the Moscow meeting Sunday, the experts will present interim results to a broad gamut of national and regional government figures, business leaders and fellow experts. Mergenthaler declined to name the business and government participants but said that, from the business side, they would include representatives of Russian and international companies, some of which supply products and services in various domestic regions.

The expert community will partly be represented by members of the forum's council on Russia, such as former Finance Minister Alexei Kudrin and Aleh Tsyvinski, a professor of economics at Yale University.

The findings will try to link the regional achievements with an analysis of which of biggest reforms have the biggest effect on growth. The outcome of a discussion of these conclusions could make it into the final report that will see the daylight in Davos.

What stands out in the early findings, Mergenthaler said, is that no single region performs at the top across all the different indicators that international organizations, such as the World Bank, use to rank regional business environments.

"There is a huge variety of results and some regions score very well in terms of FDI attractiveness but score worse on other indicators," he said. "Moscow, for example, is the leader in attracting foreign direct investment but in other indicators, such as ease of doing business, it scores rather low in the ranking of different Russian cities."

One of the regions that came under scrutiny was Kaluga, which is regularly cited in various rankings for creating a positive business environment and diversifying its economy, he said.

Kaluga region Governor Artamonov intends to travel to the meeting Sunday, according to his spokesman Nikolai Anisin. He declined further comment about the region's possible trendsetting role in the forum's report, but pointed to Putin's praise for  Kaluga's track record of job creation rate during the president's meeting with entrepreneurs May 23.

"Kaluga is a quite serious story," he said. "They built an entire system of encouraging investment."

He added, however, that all the money coming in did not translate into visible improvements in the region's appearance.

"I cannot say it drastically improved the state of affairs in the region, and the landscape, for that matter. There are no autobahns and skyscrapers, and I have not seen any modern neighborhoods."

Ivanov listed a few other regions that, he said, were steaming ahead in presenting a better environment for business. He named the Sverdlovsk, Khabarovsk, Krasnoyarsk, Leningrad, Nizhny Novgorod and Moscow regions.

Mergenthaler declined to discuss specific measures featured in the preliminary report because the forum was still in the process of surveying the regional administrations and engaging in discussions.

He said only that the report examined measures that would address the usual culprits of any economic deficiency — the burden of corruption and cumbersome procedures for receiving commercial and construction permits. Other areas that are in focus are access to credit to finance growth and innovation and a sufficiently present skilled workforce.

The single purpose of the research is to stimulate debate among policy makers and a broader community, Mergenthaler said.

"From what we are told by various people, the first report triggered wide discussion in Russia among policy makers and business leaders. That is what we want to achieve: We want to trigger a discussion," he said. "This report will try to develop the discussion further by giving concrete examples of what it means to improve institutions, what specific steps can be taken and what the examples of best practices are from within Russia in those areas."

The move will allow first-time recruits over the age of 40 to join the Russian Armed Forces.
The Long Goodbye

The sportswear brand decided not to extend its deals in Russia, citing “operational difficulties.”
'internal affair'