Contribute Today
By The Moscow Times
Oct. 9, 2013
With the help of Moscow-based architect and researcher Kuba Snopek, The Moscow Times takes a closer look at Belyayevo, the subject of a book about the preservation of non-tangible architectural heritage that he just released at the third Lisbon Architecture Triennial.

Speaking to The Moscow Times, he explains that there something else that makes this place different from other "sleeping districts" as a result of the scientific and educational institutes built in the district in the 1950s and 1960s that had an effect on the social and cultural life of this neighborhood. Read more about his project here. 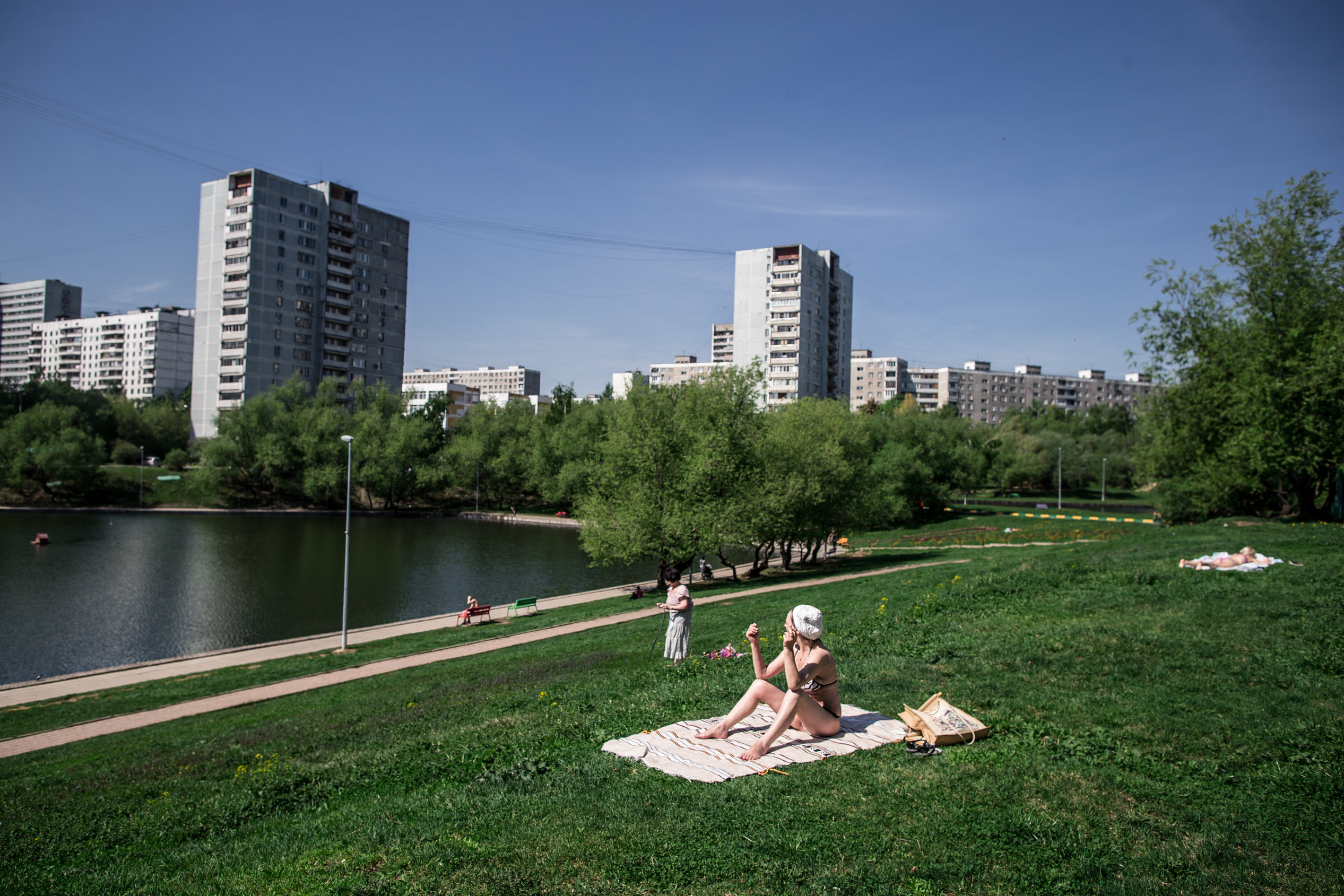 Konkovskie ponds, a rare spot of respite popular with the locals. (Max Avdeev) 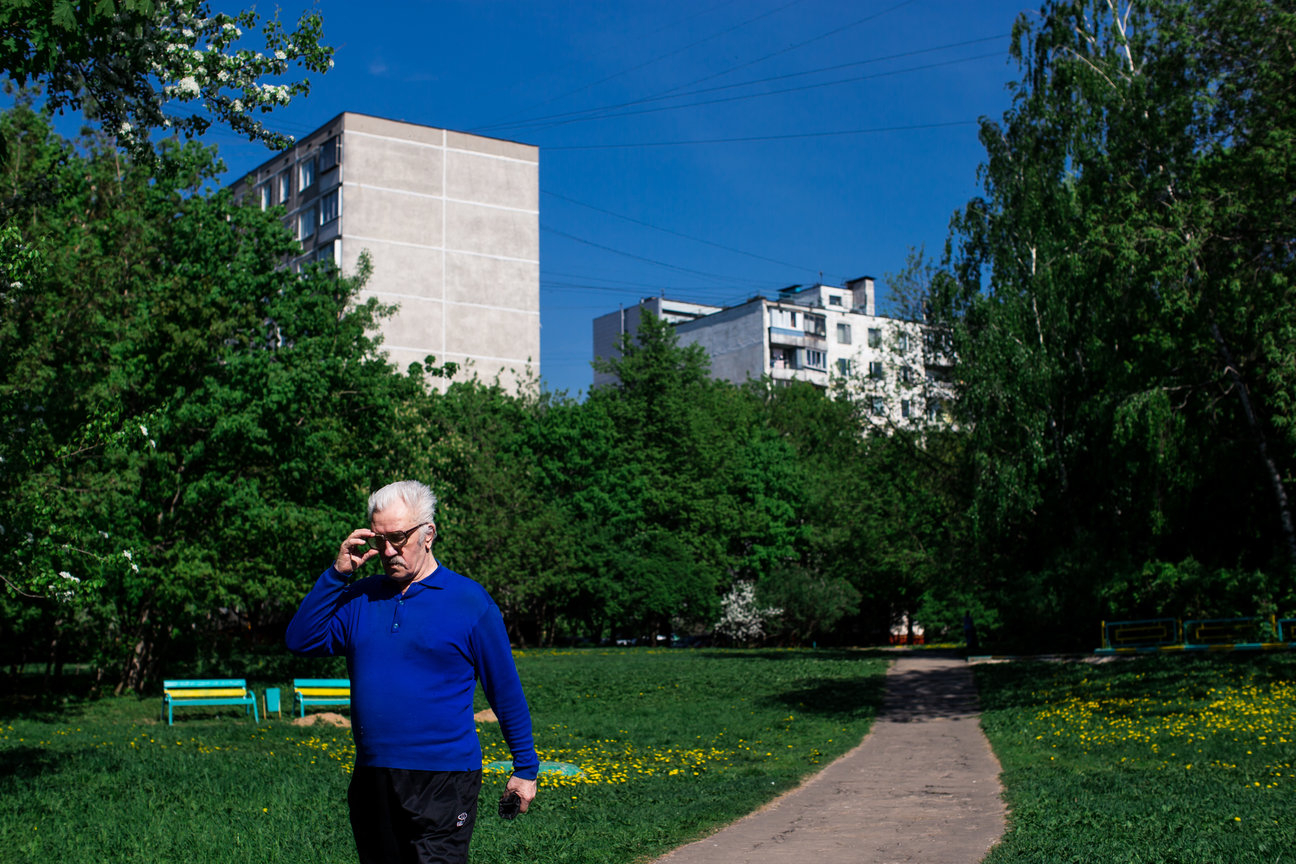 Mass prefabricated housing meant that individual neighborhoods were largely identical, though there was more bubbling beneath the surface in Belyayevo. (Max Avdeev)


"My hypothesis was, there must be some intangible element — culture, history, rituals, traditions — which would reinforce the tangible architecture. Therefore, I have been looking for a neighborhood in Moscow which would be an example of generic architecture, having a strong intangible component," said Snopek, when asked about what he found fascinating about Belyayevo. 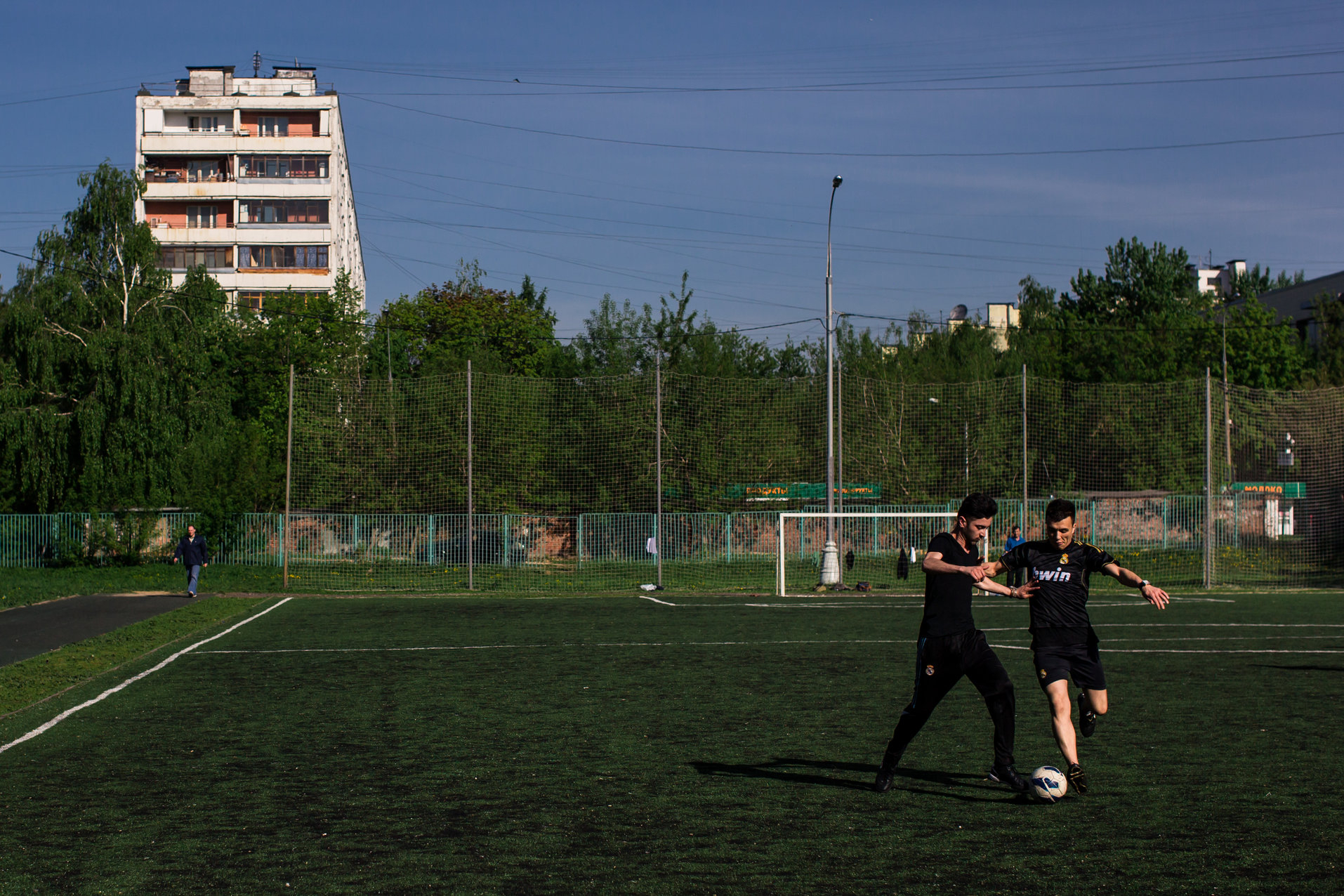 Located in the southwestern district of Moscow, its proximity to numerous academic institutions made the area an intercultural melting pot, uncommon for Moscow in the Soviet period. (Max Avdeev)


The mix of cultures and intellectual activity not found elsewhere in Moscow made it a fertile ground for the arts and culture in the late-Soviet period, and it was home to many prominent artists. 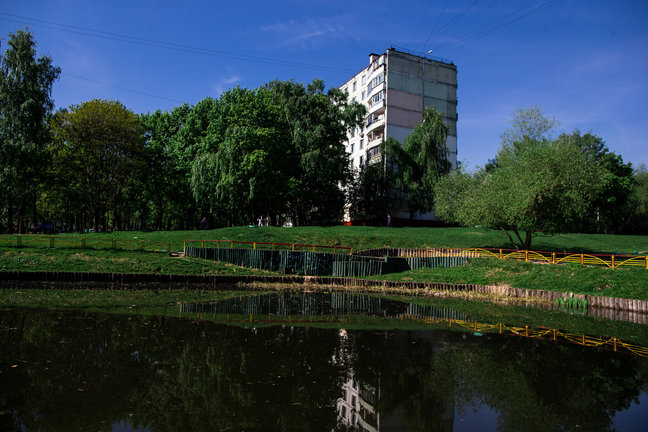 The landscape and mood of Belyayevo was a source of inspiration for artists involved in Moscow Conceptualism. (Max Avdeev)


Snopek compares Belyayevo to Giverny, France, and its importance to French Impressionism. In the history of Russian art and the development of Moscow Conceptualism, the mood and landscape of Belyayevo was a source of inspiration for artists like Dmitri Prigov and Ilya Kabakov, artists who recently have become more popular in the West. 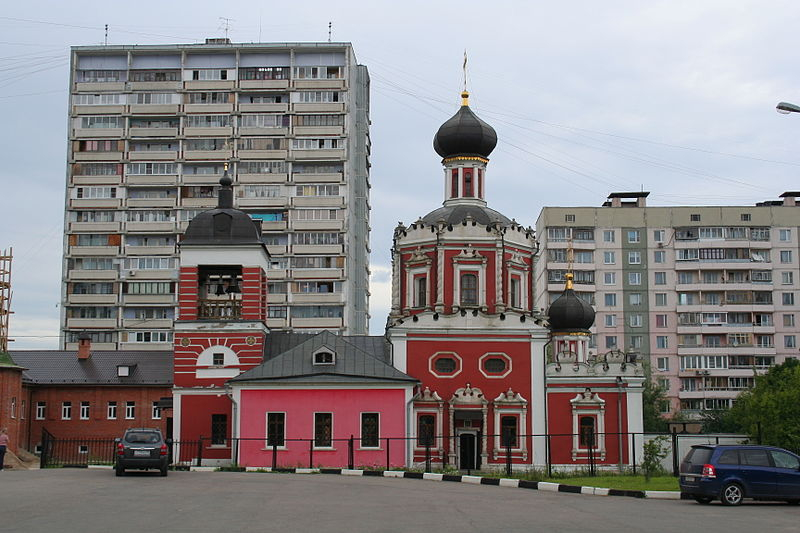 Konkovo Trinity Church, the only remaining building from the former village of Belyayevo. (A. Savin / Wikicommons)


Belyayevo is named after a village that once was located here, owned by infamous murderer and noblewoman Darya Saltykova (1730–1831). From the village, only the Konkovo Trinity Church, built in 1694, remains. 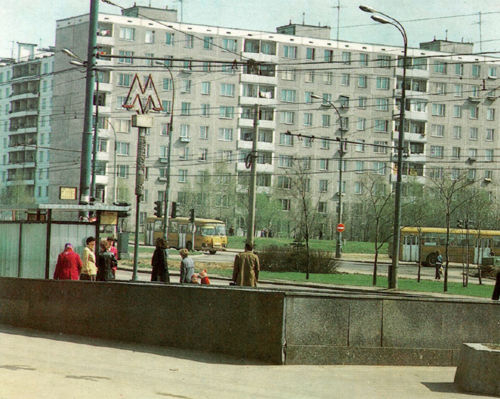 Entrance to Belyayevo metro station in the 1980s with a 9-story 'Brezhnev house' in the background. (mosmetro.ru)


Mass housing in pre-fabricated buildings made from concrete panels began during the time of Kruschev and continued under Brezhnev. the 5 to 16-storey buildings made in standardized series and uniform neighborhood plans are ubiquitous in cities of the former USSR and transformed social life greatly. 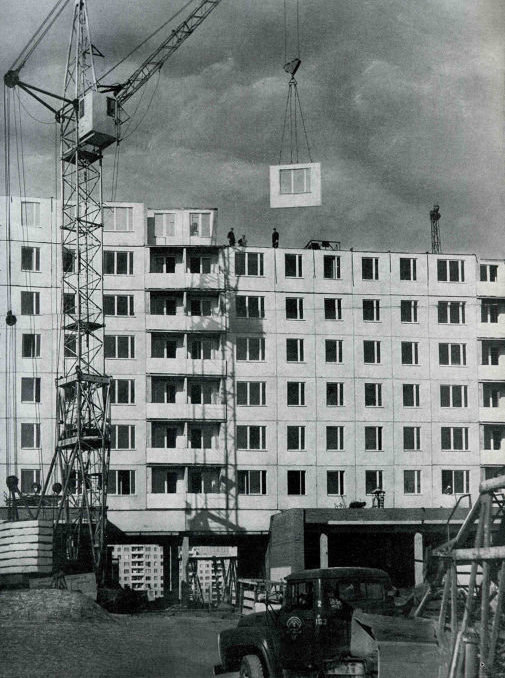 
"It's architecture is very generic, based on prefabricated series; it is visually not significant," says Snopek. 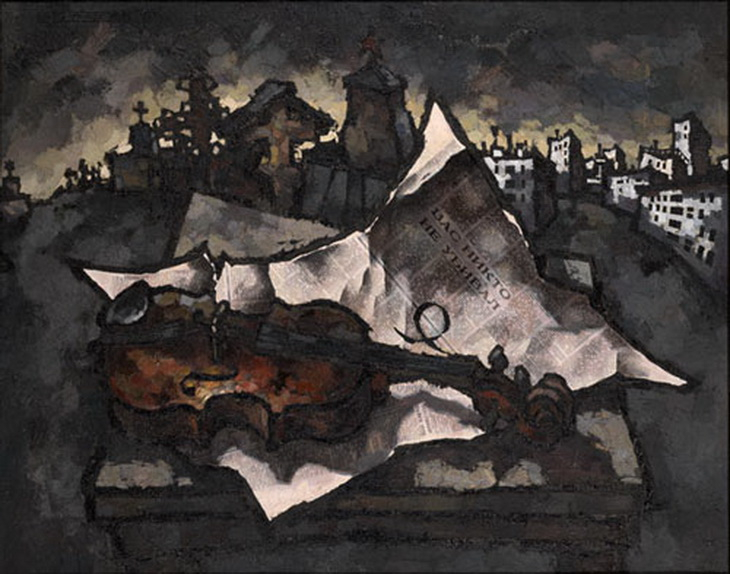 
Belyayevo was the site of an unofficial avant-garde exhibition in 1974 organized by Oscar Rabin and Yevgeny Rukhin. One of the first exhibitions of nonconformist art in the Soviet Union, it is commonly referred to as the Bulldozer Exhibition, as it was forcibly broken up by the authorities with water cannons and bulldozers because of its show of non-realist art that was forbidden during that time.


Belyayevo is also home to Bitza Park, which hosted equestrian events during the 1980 summer Olympic games. 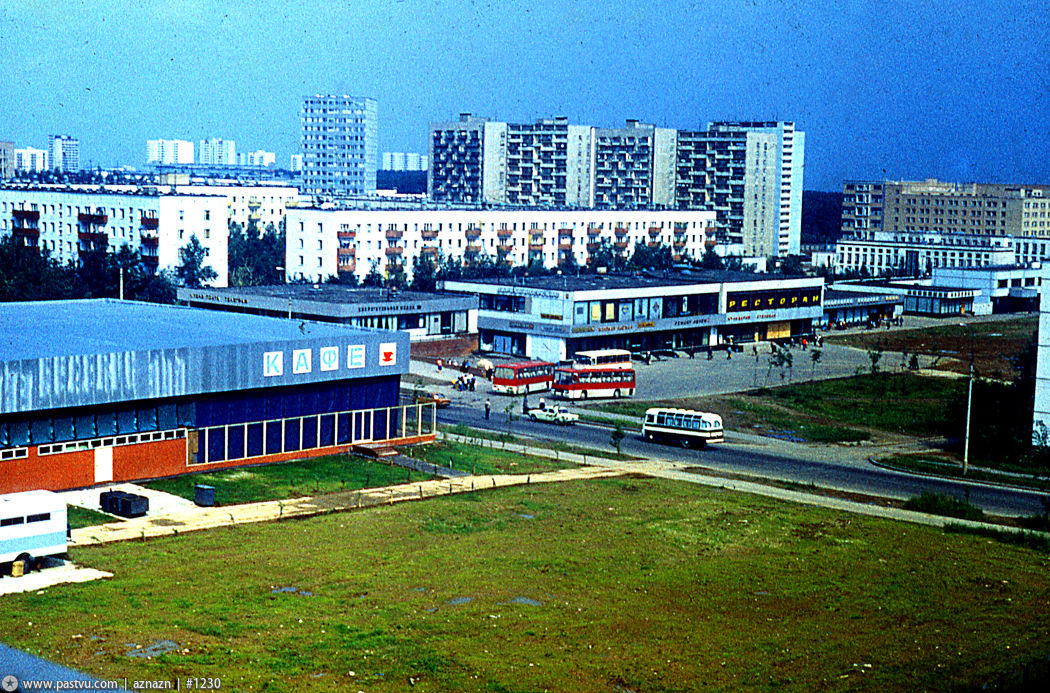 Footage of Belyayevo, around Ulitsa Ostrovityanova 31-41, from the Soviet film "Melody for Two Voices," based on the novel by Anatoly Afanasiev. (YouTube)