A Russian government plane has airlifted the chief justice of the Supreme Court from Ghana after he was seriously injured in a hit-and-run traffic accident.

An Il-76 plane operated by the Emergency Situations Ministry took off Wednesday from Ghana's capital, Accra, with the 70-year-old Vyacheslav Lebedev on board for the nine-hour flight to the Ramenskoye air base outside Moscow.

"Lebedev, who was injured in a traffic accident in Ghana, is in serious but stable condition," ministry spokeswoman Irina Rossius told Interfax.

A team of top Russian doctors was treating Lebedev on the plane, she said.

Supreme Court spokesman Pavel Odintsov said he had spoken with Lebedev by telephone and the judge was in good spirits.

"Vyacheslav Mikhailovich said he feels good. He hopes that he will recover quickly," he said, Interfax reported.

The extent of Lebedev's injuries was unclear. 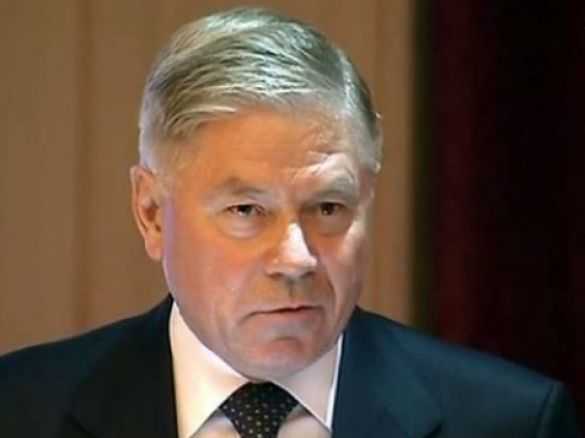 Lebedev, pictured at a judges conference last year, is said to be in good spirits after the crash.

The accident happened Tuesday when Lebedev was returning to Accra after delivering a speech at a meeting of the Ghana Bar Association in Ho, about 160 kilometers east of Ghana's capital. A truck veered into his lane and struck his Toyota Land Cruiser, Ghanaian news reports said.

Two other members of the Russian delegation who were in the same vehicle — the top judges for the Moscow and Saratov region courts — escaped without injury. "They're all right," Odintsov said.

A police officer accompanying the entourage was also injured in the crash, and he was hospitalized in stable condition, according to local news reports.

The truck driver, whose identity was unknown, fled the scene.

Lebedev was flown by helicopter to Accra and hospitalized in the intensive care ward of a military hospital.

While there, he was visited by a Ghanaian delegation led by the country's vice president, Kwesi Bekoe Amissah-Arthur, and including the defense minister, transportation minister, top road-safety official, transportation police chief and two top judges.

"He gave me a very firm handshake," Amissah-Arthur told reporters after the visit, the Ghana News Agency reported.

Once in Moscow, Lebedev was to be admitted to the elite Central Clinical Hospital.

A Moscow native, he worked for nearly a decade at a pipe factory before earning a law degree during night classes at Moscow State University in 1968. Two years later, he was appointed as a Moscow district court judge.

Lebedev held several judgeships before becoming the chief judge of the Moscow City Court in 1986. From there he was promoted to the Supreme Court, which is Russia's court of last resort for cases involving administrative law, civil law and criminal law.

leave the past behind