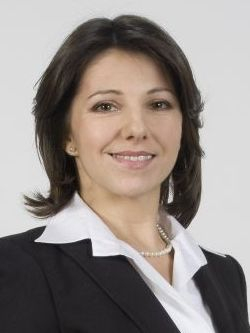 This year, migration legislation is continuing its dynamic development. Starting from January 2013 numerous amendments have entered into force governing the legal status of foreign nationals in the Russian Federation, including rules for hiring foreign employees. Currently, several draft laws are at different stages of being considered by the Russia's State Duma.

Changes to the migration legislation that governs hiring foreign employees are traditionally aimed, on the one hand, at enhancing migration tools that allow skilled foreign personnel to be attracted and investment encouraged into the Russian economy. On the other hand, the legislature continues to develop legal instruments that would effectively assist in protecting local labor and in preventing illegal migration. Such instruments include measures to impose harsher penalties for migration violations. In addition, an analysis of the latest amendments to migration legislation points to the conclusion that the majority of the new provisions are devoted to tightening the existing rules and to strengthening liability for non-compliance with migration regulations.

This article briefly covers two new aspects, which in our view are especially significant for companies hiring foreign employees and closely cooperating with foreign business partners.

As of May 19, 2013 it is prohibited to hire Specialists for customer service in the retail sector, including pharmaceutical sales (Federal Law No. 82-FZ dated 07.05.2013 On Amending Federal Law "On The Legal Status Of Foreign National Citizens in the Russian Federation ). Along with this prohibition, additional requirements are introduced for Specialists to be hired as managerial staff in retail sales. In particular, the Russian Labor Ministry should introduce a list of professions/positions for which Specialists may be hired in a managerial role, together with qualification requirements for those professions/positions.

According to the amendments, retailers may hire Specialists only for positions indicated in the list, but currently there is a problem. Because the list has not yet been adopted, it may prove difficult for retailers to obtain work permits for their managers. It can only be hoped that the Labor Ministry will introduce this list in the near future. 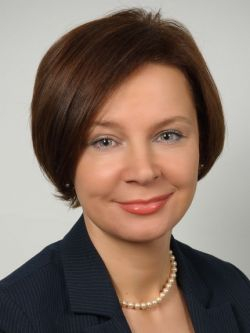 Liability of an inviting party is now a reality

The amendments mean that the inviting party is obliged, first of all, to guarantee that any foreign national they invite will be provided with financial, medical and housing assistance throughout the whole of his/her stay in Russia. A failure to take the necessary measures is an administrative violation punishable by a fine.

Secondly, the inviting party is on the hook for ensuring that the actual purpose of the foreign citizen's entry into Russia is as stated in the entry documents. If the inviting party knowingly declares false information in this regard (for example, stating the purpose of tourism when the actual purpose is business negotiations), this is also an administrative violation for which a fine may be imposed.

The administrative fines for each of the above violations are:

In addition, foreign nationals themselves may be liable if they knowingly declared a false entry purpose. In this case, they may also be imposed a fine, or may even be prohibited from entering Russia.

In practice, the inviting party could also bear liability under the previous legislation. However, the law previously was rather vague and could be interpreted in different ways. In practice, it was difficult to impose liability on those parties that knowingly failed properly to perform their obligations as the inviting party. Moreover, the uncertainty actually made it easier for the unscrupulous to commit abuses of migration law.

The amendments mean that the inviting party must guarantee the foreign national they invite with financial and housing assistance.

It is worth mentioning that, in practice, a violation of the entry purpose (i.e. if the declared and actual purposes of entering Russia do not match) is one of the most frequent violations of the migration rule. Quite often, foreign businessmen travel to Russia to participate in commercial negotiations, seminars and the like on the basis of tourist visas, while in such situations they should actually obtain business visas, as the entry purpose is commercial.

In addition, it is not uncommon when foreign citizens come to Russian on business visas for them to perform their professional job duties in offices or at sites and facilities of their business partners in Russia. In fact, in such cases the migration permissions they need are a work visa and a work permit.

Obviously, in the above situations foreign citizens think first and foremost of the need to fulfill their commercial obligations and often fail to think whether they are required to follow any special migration procedures. They also, as a rule, trust their partners in Russia to take care of migration formalities when issuing the invitation.

Thus, in the situation at hand, the legislature's approach of strengthening liability of the inviting party is justified and understandable. Moreover, this position mainly aims to prevent abuses of law and illegal migration flows.

Taking into account the current legislative developments and new administrative penalties, it seems prudent for companies to assess the current status of foreign employees migration documents and the compliance risks relating to migration rules. These should be borne in mind when the company considers its plans for new hires and to bring new foreign employees or business partners to Russia.