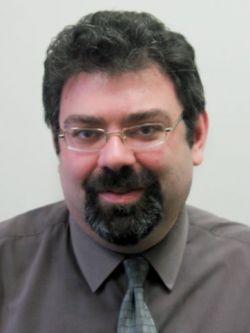 In the last few weeks, what many have termed Russia's "decade of sport" has really shifted into gear. After a relatively low key World Rugby Sevens tournament in Moscow, the main global student sporting festival, the Universiade, was held in Kazan, and then attention turned back to the capital for the World Athletics Championships. Next year, the eyes of the world will be on Sochi for the Winter Olympics and Paralympics. In 2015, Kazan gets to show off some of its new facilities for the World Aquatics Championship, while in 2016 ice hockey fans are treated to the IIHF World Championship in Moscow and St Petersburg. Finally, it will be soccer's turn, as the game's governing body FIFA brings its 2017 Confederations Cup to Russia, with that event acting as a curtain raiser to the World Cup in 2018.

In the context of the 2018 event, 32 national teams will play 64 matches over a period of one month, culminating in the showpiece final due to be staged at Moscow's Luzhniki Stadium on July 8, 2018. With the World Athletics Championships now completed, the country's biggest arena will now be reconstructed, retaining its historic façade but with the athletics track removed. A second Moscow stadium, Spartak's under-construction facility Otkrytie Arena, will also host matches during the tournament. Ten other cities have also been selected as World Cup venues, from the Urals city of Ekaterinburg to the Baltic enclave of Kaliningrad some 2,500 kilometers (1,500 miles) away.

Of all the events to be hosted in Russia in the current decade, the 2018 FIFA World Cup is the most complex undertaking. Many of the specifics involved in organizing the World Cup are similar to the 2014 Winter Olympics and Paralympics in Sochi, meaning that those charged with arranging the former event can learn from the experiences of those handling the latter. However, with the World Cup, the geographical scope contrasts with other events with a focus on one or two cities only, and this is a crucial difference. For instance, in 2018, there is a need not just to accommodate spectators and participants but to move them round the country.

Even as the sporting gaze has been diverted elsewhere this summer, preparations on the organizational and legal level have been continuing for 2018. When Russia bid for the right to host the event, the government provided a number of guarantees to FIFA to assure the governing body of the country's ability to create the conditions necessary for a successful World Cup. Now, a legislative framework has been created to ensure the performance of those obligations of the Russian Federation set out in the guarantees given to FIFA. There have been two significant measures.

Firstly, the Russian Sports Ministry has published a program of preparations for the 2018 FIFA World Cup in Russia. The document was issued under the authority conferred by Presidential Decree No. 282 dated March 25, 2013. According to an official press release published at the start of July on the official website of Russia's Embassy in the UK among other sources, it has created "11 sub‑programs based on their industry focus," with responsibilities for each allocated among federal state agencies and local government bodies. Objectives include making sports facilities available to the public and creating "modern hotel, transport, power and engineering and utility infrastructure" in host cities.

Meanwhile, President Putin signed Federal Law No. 108-FZ into force on June 7, 2013. According to a news item on FIFA's official website, this document "will be the cornerstone of the operational set-up and preparation for football's flagship event and covers all areas essential to the success of the tournaments." For instance, planning law provisions enacted by the law largely mirror those simplified procedures created in the law dealing with the Sochi Winter Olympics, such as with regard to compulsory purchases of real estate needed for infrastructure facilities. There are provisions aimed at protecting FIFA's commercial rights, with certain actions violating these rights being classed as "unfair competition" and thus being unlawful, while a specific procedure is to be established for the registration of FIFA's trademarks and in relation to other intellectual property matters.

Work permit laws are significantly simplified for those employed in connection with preparation for and the staging of events; a special regulatory regime will apply in this area. Meanwhile, under article 7(6), foreign nationals who are attending as spectators will be able to enter Russia without a visa. One intriguing idea is contained in article 15(1) of the law, which gives a person who has an entrance ticket to attend the relevant match the right to free-of-charge transportation between host cities.

In some cases, the law sets out a framework but more detail will be required later in the form of subordinate legislation and regulations. It could be that the devil will prove to be in this detail. Moreover, controversy can always arise in unanticipated ways, as shown by western reaction to Russia's law banning the promotion of homosexuality. For now, though, major steps have been taken to put in place the framework needed to build for what is arguably the biggest event of all in this Russian decade of sport. FIFA seems justified in its boast that "The swift passing of the law shows the strong collaboration between the Russian government [and] FIFA" in relation to the World Cup.