The Russian branch of the World Wildlife Fund is ready to build Moscow's first eco-house, but red tape has been holding up the project for more than a year, Pyotr Gorbunenko, acting director at WWF Russia, said following a meeting with Acting Mayor Sergei Sobyanin in the Kuzminki-Lyublino Park.

WWF initially planned to transform its existing office near the Taganskaya metro station into an eco-house. However, the city's construction department deemed the building to be of historical value and demanded that its original materials be used during the reconstruction, which Gorbunenko said "completely contradicts the aim of the project."

As an alternative, WWF has asked the city to rent out land to them in the industrial zone near the Paveletskaya metro station, on which they could then build a brand new eco-office with their own funds. But Moscow's construction commission has yet to authorize them to build on this plot. 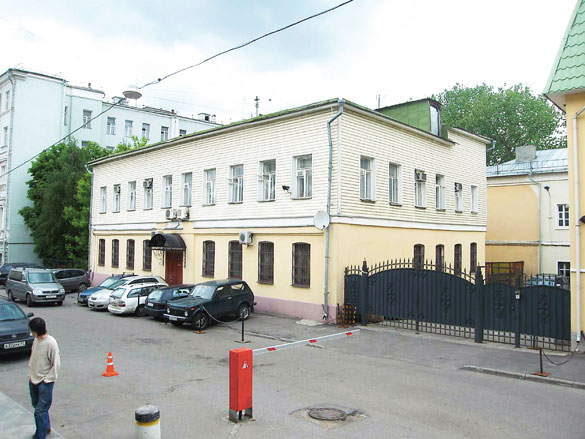 "I hope that today's talk [with Sobyanin] will be an impulse," Gorbunenko said Saturday. He added that papers had been going around inside City Hall since May 2012, but nothing had been done so far.

WWF's current office has already won a top prize in the 2010 Green Awards for being the most eco-friendly building in Russia. The designs for the new office aim to make the working space even more efficient, cutting energy use by 79 percent and using twice as less water as compared to a regular building of the same size.

The new office is designed to correspond to the BREEAM and LEED international green-building standards and those of the German Passivhaus Institute.

The three-story building will have windows and walls with good thermal insulation, energy-saving light bulbs, minimal outside lighting, solar energy collectors on the roof and water-saving appliances. There will also be new technologies to regulate artificial light depending on how much natural light comes in and to absorb geothermal energy, as well as a system for collecting and cleaning rain water.

WWF estimates the building costs of an eco-office to be 106,090 rubles ($3,220) per square meter, which represents a 40.5 percent increase from the standard office price of 75,490 rubles per square meters.

The payback period for the eco-friendly version is eight years, taking into account the lower energy costs. 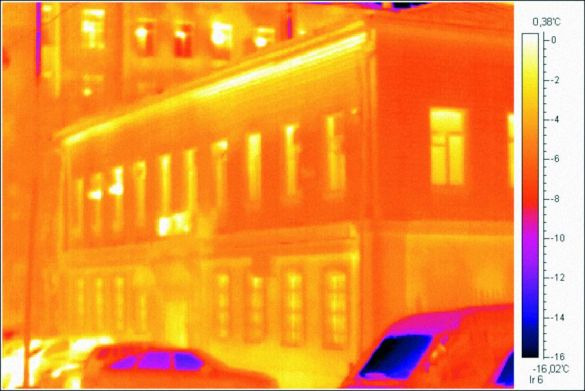 An infrared image that proves that the fund’s office has bad insulation.

What makes the project harder to realize in Russia than in the West is that there are few local suppliers of this innovative technology to be found, Gorbunenko said. For example, all of the 20 companies involved in creating the WWF office are foreign. Some of the companies have Russian offices but they currently specialize in less progressive technologies than they would sell in their home countries.

Eco-friendly technologies — such as carbon dioxide sensors — are still rare in Russia because there are few monetary incentives to save on already low energy costs, Gorbunenko explained.

Sobyanin said he gave orders to Moscow's construction department to implement green standards in one or two of their social infrastructure projects to see how the eco-friendly systems function and how much they cost.

"We will begin to design green social infrastructure projects in the near future," he said. "Moscow as a whole must meet green standards."

WWF will need another half a year to agree on the specifics of their construction work if the construction committee does agree to rent out the land, Gorbunenko said. Moscow's first eco-house could then be built within a year after all the permissions are obtained.

The latest breaking news and developments in Russia's deadly attack on Ukraine.
No cakewalk

At least 600 air traffic controllers have reportedly been laid off since the start of the invasion of Ukraine.