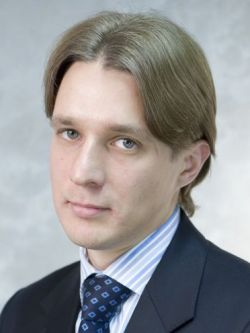 When discussing social media, usually meant to include a whole range of online technologies such as Internet forums, blogs, social networks, etc., people often refer to such notions as freedom, openness, accessibility, efficiency. In other words, inside the Internet one can still experience something, which in real life is long forgotten — a sense of release from written rules, e.g. laws, grammar rules, or unwritten conventions, e.g. morality, ethics. Yet it is surprising to observe the impact of social media on employment relationships: Both parties are becoming more and more organized and disciplined.

On the other hand, this is no wonder: Social media do grant a sense of permissiveness, but only until anonymity is preserved. Once identity is confirmed, the Big Brother steps into play. A constant risk of being watched by hundreds of vigilant, but unwanted witnesses compels both employers and employees to behave prudently.

New lessons are not always easy to learn: At times employers have to struggle through behavioral models that they are long accustomed to. A recent scandal in the U.S. revealed the caddish behavior of a basketball team's coach who, during trainings, insulted the players, threw the ball at them, and even used to hit them. Interestingly, the man was fired not when his bosses became aware of this — then he was only temporarily suspended — but only four months afterwards, when the video recordings of the trainings appeared on the Interned and immediately shocked the general public. If not for public attention, the conflict would have slowly burnt out without a firing. After having watched a video from those trainings, any white collar manager would think twice prior to shouting at a subordinate in the open space, where any corner is screed by security cameras.

As for employees, especially those belonging to the so-called millennium generation, their candidness and lack of self-restriction in social networks often becomes a cause for dismissal, though not always justified. Social media-based conflicts have not yet reached Russian courts, although in Europe and the U.S. the number of such claims is increasingly high. An employee expressed an opinion that the employer considered harmful for the business, an employee shared vacation experiences while being officially on sick leave, employee posted photos that the employer considered inappropriate for the job position, — these are a few typical examples. A separate group of claims is related to identification of ownership rights over a blog or account after the employee who maintained relevant blog or account decides to explore other career opportunities.

In employer-employee relationships, social networks often justify sayings like: when the word is out it belongs to another.

Summarizing, in employer-employee relationships social networks often justify sayings like: a word spoken is past recalling, when the word is out it belongs to another, words are not birds — out you let them, and back you never get them. A message, post, photo, video that once appeared in the Internet is almost impossible to remove. As a result both parties are compelled to change their habits. Today's employer has to be prudent and respectful, and give up habits of a 19th century Russian "barin." In fact, nowadays many companies have adopted detailed social media policies that include clear examples of permitted or unwanted behavior, special trainings are arranged for employees for explaining the limits of allowed social network activity. In addition to the informative function, such policies may also include efficient disciplining and de-motivation tools.

Employees also make their own conclusions: they gradually learn not to mix work and private life, as well as to distinguish a personal opinion from a baseless assertion. In light of recent social-media based scandals, a sound employee who values his job will learn to use well-chosen words even during non-working hours so as to avoid occasionally spoiling the employer's business reputation.

The United States on Friday announced "severe" new sanctions on Russia in response to what President Joe Biden called Moscow's "fraudulent" claim to have...