Contribute Today
By Victor Kuznetzov
May 6, 2013
The MT Conferences section did not involve the reporting or the editorial staff of The Moscow Times. 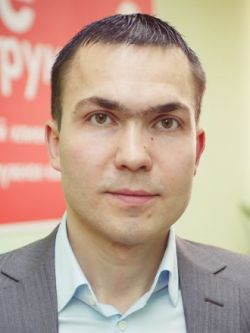 In recent years, the Russian market of products for home and building (DIY) is actively growing. In fact, it is one of the most dynamic segments of the retail industry in our country. Within a few years, the size of the market has increased several times, and it continues to grow. At the end of 2012, the figure of 890 billion rubles was reached (about $29 billion).

Russia's DIY market occupies the sixth place in the world, behind countries such as the United States (about $250 billion), China ($160 billion), India and Germany (both about $50 billion), and it is nearly equal to France ($30 billion).

In Russia, the largest European chains in this segment are in operation, including Leroy Merlin, Castorama and OBI, as well as many others. In Moscow and in several other major cities, the market is already quite saturated, but on the regional level the situation is different. Spontaneous markets are the main place of acquisition of goods for the home. But there is no doubt that in the nearest future this will no longer be the case, as key Western players have announced the imminent release of their services in the Russian regions.

However, some negative trends in the market should be noted. For example, in the first quarter of 2013 the market grew much slower than in 2012, which is due to numerous factors, in particular the pre-crisis consumer expectations and cold weather. But one of the main reasons is the rise in online sales, which are growing much more rapidly. Over recent years, more and more players are trying to build quality services and well-established logistics via Internet shop.

The share of trade in goods online in the DIY market is still less than 2 percent of total sales in this market. But we can predict that in three years this figure will double. For instance, in Europe, it is on average 7-8 percent, and in the U.S. the figure is 10 percent.

Positive expectations about the market of online retailers, particularly in the DIY segment, are related to several factors.

In recent years, more and more players are trying to build quality services and well-established logistics via Internet shop.

Online shopping, unlike offline, doesn't require the spending of serious amounts of money on logistics. The latter are forced to invest heavily in the opening of stores, while the major cost in e-commerce is related to warehouse management and alignment of the entire supply chain.

It's especially true for DIY that the online retail market has the largest chances for strong development and for a significant growth, because it is one that is still not  saturated enough. For example, the online market for the sale of various electronics has already reached its saturation (the proportion of e-commerce in the market of home appliances and electronics accounts for 10 percent).

Properly built, an Internet business can provide professional customer service. People working in the call center are ready to help and assist in the selection and purchase of a good. In offline stores, especially of the hypermarket format, unfortunately, the interaction with customers is typically absent.

Online shops are active in the regions, allowing customers to receive the goods as soon as possible. Many of them offer small offline shops or points of issue that make life easier for customers. No supermarket can propose such a large choice of products as can afford Internet retailer. A major part of the goods is not normally kept in stock, but can be quickly ordered from the supplier.

Flexible assortment policy allows being more responsive to customer needs, and the ability to order any product 24 hours a day via the site makes the communication with the customer completely interactive at any time, regardless of the geographical location of a particular buyer. It is also very important that the client by going to the retailer, receives all the necessary information about the product and is able to investigate it from all sides and take his decision on purchase.

DIY online market in general follows certain trends in the market of online Internet retail. But remaining quite unconsolidated, it does not yet represent a serious competitor to offline. We have the example of the U.S. where online trading is becoming so popular that many of the traditional players are forced to close their shops or to change seriously their business. In this regard, Russia is clearly going the way of the developed countries, and this taking into consideration increasing internet penetration, will further increase the popularity of online trading, including a segment of products for home and building.