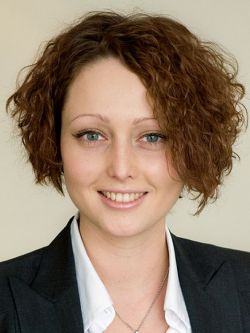 The Russian Supreme Commercial Court's approach to the landlord and tenant sector is marked by its balance. In its attempts to tailor its approach to the developing practice on the Russian market, the court is trying to meet the needs of both tenants and landlords.

It is, in fact, impossible to overstate the demand for such legal developments. This is especially true among foreign tenants and landlords, who are used to being able to approve more or less any term in a contract unless it violates general legal principles.

On the March 21, 2013 the Russian Supreme Commercial Court issued a legal opinion clarifying the legal framework of landlord-tenant relations.

The opinion covers both specific and general issues, the most notable of which are:

Nevertheless, no lease agreement may be entered into for future real estate (and any lease that is concluded will be void) should it be proved that the premises/the building are, in fact, an unauthorized construction (According to Russian legislation, this term denotes structures erected on a land plot that was allocated for other purposes, as well as facilities constructed without the requisite permits being received or in material breach of town planning and construction rules and regulations: such structures should be demolished (article 222 of the Russian Civil Code). This also covers the circumstances where the parties have concluded a lease agreement subject to a condition that the landlord will go to court to have title to the unauthorized construction facility legally recognized(In some cases legislation allows courts to uphold the title of the owner of a land plot to an unauthorized construction facility built on that plot. However, the court can only do this if it can establish that retaining the structure will not violate the rights and legal interests of other persons and does not threaten an individual s life or health.).The court will refer to the law and note that an unauthorized construction may not be the subject matter of a civil transaction.

Another notable change is undoubtedly the new draft Russian Civil Code, a small part of which entered into force on March 1, 2013 (Federal Law No. 302-FZ dated 30 December 2012 On Amending Chapters 1, 2, 3 and 4 of Part 1 of the Civil Code of the Russian Federation), having been approved by the State Duma and then signed by the president on December 30, 2012.

It is impossible to overstate the demand for legal developments to promote balance in the landlord and tenant sector.

Although the law covers a wide range of critical issues, the most interesting points for tenants and landlords are:

The principles of reliability of the public real estate register and verification of legal grounds for registration have been introduced: these aim to protect third parties who rely on information from the public register (provided that no entity may benefit from this protection if it knows, or should have known, that the register was inaccurate);

When property developers and tenants make decisions, the matters discussed above will give them food for thought.

A technical recheck of the parliamentary vote, conducted in response to opposition criticism, found no problems.
FINAL RESULTS

The meeting comes amid Washington's hopes for support to continue surveillance of extremists in Afghanistan.