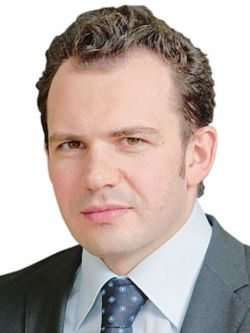 In international practice, suppliers of goods practice various kinds of compensation (bonuses, premiums, discounts) to customers for achieving certain results, as a rule, the volume of sales.

Such a commercial practice is actively applied in Russia, including the car market.

Yet, in the absence of clear rules of law and contradictory explanations by the Finance Ministry, as well as controversial judicial practice, the taxation of such operations in Russia has no clear and understandable enforcement.

The issue of taxation of bonuses was reviewed by the Supreme Arbitration Court of the Russian Federation in 2009, in the case of "Dirol Kedberri" and resolved favorably for the taxpayer. The court recognized the right of suppliers to consider paid to their customers (dealers, distributors) fees as an expense in the calculation of income tax. At the same time, the highest court concluded that since the bonus to the buyer the supplier has the right to adjust (reduce) the value added tax in terms of shipments of goods, after the sales of which compensation was paid.

The court gave a negative answer to the question on whether or not the bonuses received from the buyer are subject to value added tax, which, of course has been beneficial result for dealers and distributors.

As a result of this case, many taxpayers have chosen the model of "neutrality" of the bonuses for the VAT, which was manifested in the fact that the buyer, on the one hand, after the receiving of a bonus and guided by the decision of the Supreme Arbitration Court of the Russian Federation are not subject to value added tax, but on the other hand, he isn't correcting VAT deductions, assuming that the price of the previously delivered goods cannot be changed. In turn, suppliers of goods are also not adjusted downwards of the tax base for VAT when they are paying bonuses.

Such an approach was reported at the company Autoworld-Arkhangelsk,  one of the dealers of Nissan Motor Rus, and the company receives a bonus for completing a certain volume of sales (Resolution 14 of 04/06/2012 AAS).

The tax authority filed a claim to the dealer thought that the dealer provides promotion services of NISSAN cars for seller in the region and conduct promotions and special programs to stimulate sales of these cars. Thus, the emergence of the supplier's obligation to pay compensation includes a commitment by the dealer to certain additional procedures, which are not subject to the obligations under the delivery contract. The dealer is obligated to take certain actions in the interests of the supplier, other than the conditions of implementation of the delivery contract. Consequently, the paid-up bonus is a payment for a service from the dealer to the Nissan Company, and therefore subject to VAT.

However, the arbitration courts have disagreed with this approach. The courts have indicated that from the content of the dealer agreement, delivery contract, an additional agreement to it for the payment of premiums, cannot be defined any relationship in providing compensatory services between the dealer and Nissan Motor Rus. On the contrary, it follows that the premiums are paid for the car showroom in certain conditions. Sale of cars to buyers at a reduced (recommended by the supplier) price is not a service provided by the supplier. Ultimately, the court found the decision of the tax authority to be illegal.

Another part of the taxpayers, especially suppliers, taking into account the "mirror" of VAT, after the payment of bonuses reduced tax base at premium shipments, thereby saving on the VAT.  Such model according to the Resolution of the Federal District of the North-West of 02.05.2012, employed in 2008 — 2009 Plant FORDMOTORSv Russia.

In the case in 2008-2009, the company pursued their cars through the dealer network organizations by entering into typical dealer agreements with these organizations for the sale and servicing of vehicles. Under the terms of a typical dealer agreement, the company may from time to time, at its discretion, offer the dealer participation in marketing programs, providing certain discounts, price concessions, etc. In this case, the company provides local official description of the program, and any discounts offered, price concessions, etc. will be considered an integral part of the price paid by the dealer under this agreement. The order of price adjustment is set as follows: Society puts the dealer avizo which is reflected the difference between the new price and the price specified in the bill. In the case of reducing the price the credit avizos exposed that allowed FORDMOTORS reduce the tax base for held shipments of cars.

Such policies and presentation of discounts to dealers with a consequent reduction of value added tax on shipments of premium cars has been recognized by courts of arbitration justified and legitimate, and the claims were rejected by the tax authority.

However, in 2012 the Supreme Arbitration Court of the Russian Federation considered the case of taxation of bonuses already against the buyer of goods (case "Leroy Merlin") to receive such compensation from suppliers, and concluded that the bonus changes the price of the previously supplied goods, and therefore deductions VAT on such supplies must be restored in proportion to the buyer bonuses.

This conclusion of the court, as well as changes to the Tax Code of the adjustment of the tax base and VAT deductions in the case of reducing the price after delivery, with effect from October 1, 2011, gave rise to uncertainty in the matter, and many legal disputes in which the tax tried assessed additional taxes to buyers.

A good example is the case of the company "Astramotors," a dealer of Nissan Motor Rus.

Currently, the Tax Code is preparing amendments within the meaning of the taxation of bonuses that will actually depend on how the parties resolve the issue in the contract; if the payment of bonuses will not lead to a change in the price of goods, they are considered neutral for the VAT. Otherwise, the supplier and the purchaser will be required to adjust the tax base through special invoices.