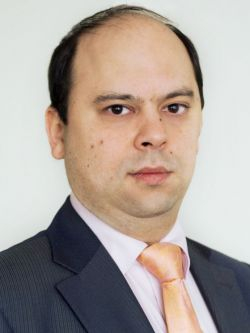 The cost of borrowing for business in Russia has been increasing for the last 2 years in a row and reached post-crisis records as the Russian authorities, through the Central Bank, demonstrate their implacable determination to suppress inflation and tighten the money supply for Russian banks and the economy as a whole. In doing so, they see themselves as waging a holy war against price rises, which they see as the main evil for the national economy. The result is that Russian banks and companies have to pay high interest on the borrowings, and this, quite naturally, is passed on to consumers in the form of high interest rates for mortgages and consumer credit.

This sharply contrasts with the tsunamis of cheap liquidity and cash at rates close to 0 percent, flooding the money markets of the developed countries as a result of the policy of monetary easing pursued by central banks in the United States, Japan and Europe. Clearly, Russian business could take advantage by seizing some of the exorbitant liquidity available on the Western markets on quite favorable lending conditions compared to the Russian internal market. The reality, however, is not what it seems.

Russia is still perceived as a risky country to do business in. No wonder the Western banks and other financial institutions willing to lend money to Russian companies make lending conditional upon receiving guarantees from a non-Russian entity affiliated with a Russian borrower. This is where we encounter the obstacle of Russian tax legislation known as the thin capitalization rules. The rules aim to restrict interest payments owed by Russian companies to foreign lenders that may be recorded by the Russian companies as deductible expenses in their tax records. In fact, they go even further: Interest may, in part or even in full, be reclassified as dividends paid to a foreign company and therefore taxed as dividends.

According to the Russian Tax Code, loans, credit facilities and other debt obligations of Russian taxpayers to any company may be subject to the Russian thin capitalization rules provided that the debt obligation is guaranteed or secured by a foreign shareholder that directly or indirectly holds more than 20 percent of the issued capital of the Russian taxpayer and the debt/equity ratio of the Russian taxpayer exceeds 3:1 (for banks and companies that only lease property, the ratio is 12.5:1) (Article 269(2) of the Tax Code). For this reason, if the relevant debt/equity ratio applies, even credit received by a Russian company from a Russian bank may be subject to the Russian thin capitalization rules if it is secured by a foreign parent company or a Russian company affiliated with a foreign parent company.

The Tax Code stipulates that "a positive difference between accrued interest and the maximum interest calculated in accordance with the procedure established by clause 2 of this article shall be treated for taxation purposes as a dividend paid to a foreign company in respect of which there is a controlled debt and it shall be taxable in accordance with article 284(3) of this Code" (article 269(4) of the Tax Code).

In principle, these rules did not cause any problem for the Russian borrowers since most of them obtained loans from banks and companies that are tax residents in countries that concluded treaties with Russia on the avoidance of double taxation. Most of the treaties exempted interest payments made by Russian borrowers to foreign lenders from taxation in Russia and guaranteed that a Russian subsidiary of a foreign company could not be discriminated against in comparison to the taxation of other Russian entities, e.g. the Russian subsidiary of a foreign company may record the interest as deductible costs for tax purposes. According to the Russian Constitution (Article 15 (4)) and the Tax Code (article 7), the provisions of international treaties concluded by Russia, e.g. the double tax treaties, override the provisions of Russian domestic law.

Until recently the Russian courts supported this approach and defended Russian borrowers in their disputes with the Russian tax authorities when the latter tried to apply domestic thin capitalization rules to interest paid abroad so that only a limited amount could be recorded as deductible cost. Everything changed, however, after Decision of the Russian Supreme Arbitration Court No. 8654/11 dated Nov. 15, 2011 was published. The highest Russian court ruled that domestic Russian thin capitalization rules could not be overturned by the non-discrimination clauses of the double tax treaties. The decision and conclusions reached by the Supreme Arbitration Court in respect of the priority of Russian domestic rules over the provisions of Russia's international treaties are controversial from a legal standpoint. They may also have far-reaching consequences in Russian legal practice way beyond the field of taxation.

While it is difficult to explain and understand the approach from a purely legal perspective — or at the very least, sophisticated and laborious legal explanation is needed to substantiate the court's position — the attitude of the tax authorities and courts can be understood from the angle of combating inflation and capital outflow. The Russian tax authorities and courts have significantly restricted the ability of Russian borrowers to attract capital and funds at comfortable interest rates from the Western money markets flooded with cheap liquidity. In doing so, they have joined other branches of governmental authorities in their sacred fight against inflation and/or the outflow of capital from Russia. Admittedly, it is hard to characterize the position of the tax authorities and courts as deliberately and consciously aimed at helping the Russian Central Bank to suppress inflation and/or capital outflow. Nonetheless, the actual consequences for the Russian economy certainly do look like a battle in the war against the Russian economy's clearly signposted public enemy No. 1.