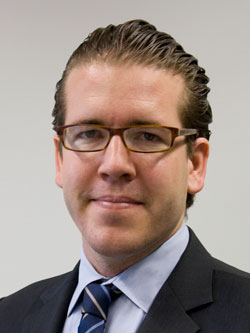 The continuing internationalization of business operations has led to firms relying to an ever increasing extent on the efficient interaction and cooperation of employees from different national backgrounds in multi-cultural teams. In addition to being "simply" multi-cultural, multi-cultural project teams, or MCPTs, are further characterized by their ex ante specified limited duration and their orientation toward meeting one or more specific objectives. Furthermore, MCPTs in the pipeline and plant construction sector often operate in very remote areas and with limited contact with persons outside of the project. Other types of projects are not even based in any specific country, (e.g. teams working on the construction of offshore oil rigs) or take place across national borders (e.g. teams working on the construction of oil/gas pipelines).

Since MCPTs are composed of members from different countries, with various native languages and various cultural backgrounds, managers working in such teams are faced with greater complexity than managers working in culturally homogeneous teams. The clash of cultures may lead to stereotyping and a lack of trust among team members, which in turn encumber coordination and communication within the team. In order for the team to function efficiently and achieve its objective(s), team members need to be able to effectively deal with this comparatively greater complexity. Failure to do so may lead team members to become dissatisfied, reduce their commitment to the team, or leave the team; all of which can be expected to negatively affect the overall team performance. Organizations using MCPTs and managers working in such teams should thus be interested in ways of dealing with these challenges posed by the multi-cultural nature of the work situation.

Using empirical evidence from members of nine large teams we found that a prime mechanism for managers working in MCPTs — similar to the situation of new organizational members and expatriate managers that are sent to work in a different cultural context — is adjustment, i.e. the psychological comfort of managers in the multicultural environment.

In order to deal with and to overcome the difficulties associated with working in MCPTs and efficiently carry out their task, team members must adjust to the multi-cultural work situation characterizing MCPTs. Specifically, we found that adjustment is mainly influenced by prior work experience in MCPTs, English-language proficiency, organizational support, and cultural sensitivity of the members. As outcomes, we found that adjustment has positive effects on the individual and that these effects are also conducive to the overall efficiency of the MCPT.

These findings reveal strong implications for practitioners. First, members of such teams must be carefully selected. Selection criteria that go beyond task related competencies should be employed to ensure a positive adjustment process and, consequently, better performance. Second, training of members of such teams helps to increase the cultural sensitivity of the members, again having a positive effect on performance. Thirdly and lastly, results show that firms should invest in a supportive organizational environment to support those teams.