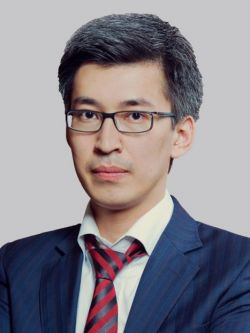 Rumor had it that in the spring of this year, a draft law on the regulation and taxation of cost sharing agreements between affiliates was to be introduced in the State Duma. These concepts arrived in Russia along with foreign investments, but the soil was unprepared. We are now approaching winter and the rumors remain only rumors.

At the same time, the holes in Russian legislation mean that cost sharing has had to be adapted into the more familiar mechanism of providing services. However, services in Russia are like a red rag to a bull, especially when they are provided inside a group, and still more if there is a foreign element. The tax authorities have therefore laid siege to taxpayers' defenses from the beginning. And the attacks are becoming ever more furious and precise.

To begin with, the tax authorities usually claimed that there was a formal breach of tax law. The standard argument by the tax authorities was that the documents taxpayers submitted to support deductions of expenses and VAT did not contain detailed information on the transactions, and therefore the expenses cannot be recognized as documented and related to the taxpayer's business activities.

Where the tax authorities have doubts or do not understand the substance of transactions in a statement, they have the right to request information on the actions that were the substance of the transaction, and thereby to fill in the gaps. This is entirely consistent with tax law requirements on reporting the results of tax audits, any decisions on the basis of which must be based on proof, not conjecture by the tax authority.

Then followed a period in which the taxpayer's right to deduct expenses and VAT was challenged on the basis of fictitious transactions.

Meanwhile, the tax authorities continued to cite the same arguments that the service reports did not meet the formal requirements of tax law. However, in reply they received a rap on the knuckles, as SAC Plenum Ruling № 53 12.10.2006 sets clear rules as to how the genuineness of a business transaction may be challenged, and these rules cannot be circumvented. In particular, the tax authorities are required to carry out a full program of tax enforcement measures: Question employees of the parties as witnesses, inspect the premises and items of the parties to the transaction, and appoint forensic examinations to establish whether the business transactions did in fact take place. For example, if the services are provided in the way of ongoing support, the description of the services may be repeated in primary documentation from period to period, which, naturally, is not evidence of formally compiled primary documents.

The tax authority is also capable of the occasional exotic approach. In one case, the tax authority disputed a transaction between a taxpayer and a Russian affiliate as overstated expenses. But the tax authority forgot that the counterparty would declare the income. Obviously, punishment for "tax planning" in favor of one Russian regional budget over another would only happen when accompanied by an award from the head of the first region.

Moreover, when presenting various evidence to show that transactions are genuine (advisory materials, electronic correspondence, screenshots, etc.) which may, understandably, contain text in foreign languages, taxpayers get the entirely absurd argument from the tax authorities that services in Russia must only be provided in Russian. Supposedly, anything else is contrary to Russian law. Or, if information on telephone calls relating to a transaction is requested from service providers, the tax authorities moan that the answers do not contain the text of the conversations. It would be funny if it were not so sad. It is even sadder that some courts actually indulge the tax authorities.

This period was rich in interesting cases, including the notable cases of Amkor Tobacco Packaging Novgorod and Cargill AO, which were won by the taxpayers.

Now, it seems, we are moving into the next phase of the intragroup transaction issue.

Previously the tax authorities would simply state that the service reports do not include a calculation of the cost of the services, including one broken down by specific services (based on the costs to the provider), that is, that they do not use the tools provided by Russian law for price verification. This argument is contrived to start with, since the law sets no requirements for providing information on how the cost of services is formed, and moreover the cost of services can only be challenged by applying special tools for challenging prices.

Realizing they were heading in the wrong direction, the tax authorities resorted to another weapon. In September 2012, the Moscow Arbitration Court Decision in MUMT was published, in which the tax authority asked an appraiser to determine the market price of the services provided to the taxpayer. But the appraiser turned out to be "unfit": For some reason he analyzed the cost of services by the Big-4 companies, which are not comparable to the disputed services; he did not take into consideration the regularity of the services, the quantity, duration, depth, and other material parameters of the services; cited Wikipedia as an official information source; used indicators not relevant to the services (adjusted cost of the building, actual situation on the real estate market, adjustments typical on the real estate market); he came right out and said that it was not possible to gather the information as it is only known to high-level managers.

The first pancake is always lumpy.

The Russian navy is to go ahead with live fire exercises off the coast of Ireland despite heightened tensions with the West over Ukraine, the Irish fishing...
CONTESTED BORDER

The latest developments you need to know.
Call it a comeback

Russia's stock market and the ruble jumped in trading Thursday after weeks of heavy losses.