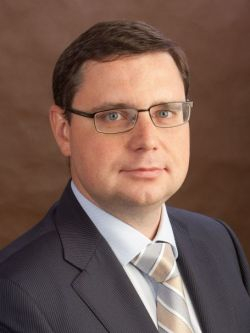 On Aug. 16 of this year the Russian government approved the "Improvement of the business climate in the construction sphere" road map. The road map provides for rather drastic measures for Russia aimed at improving the investment climate. For example, it plans to simplify the procedures of obtaining a construction license, to reduce both the number of such procedures from 51 to 11, as well as the term of receiving a construction license from the "record-breaking" 423 days to 56 days, and to cancel land plot categories. Besides, one of the main areas of focus is to establish conditions for the most efficient land use.

Moscow was one of the first cities to take steps to implement its own policy on establishing a system of efficient urban land use for the accomplishment of social tasks, infrastructure projects and development of a favorable environment for competitive investment projects.

This week it became known that the State Inspectorate for control of use of real estate property in the city of Moscow prepared for approval by Mayor Sergei Sobyanin a draft of the resolution "On the criteria of non-use of land plots and non-residential property." Now, the problem of so-called "long term construction projects," abandoned construction sites and lands of uncertain ownership is a highly charged matter for the infrastructure and economy of the city, which catastrophically lacks new construction areas within the Moscow MKAD Ring Road. According to the list of criteria of inefficiently used real estate that is scheduled to be in detailed by Nov. 26 of this year, the government of the city of Moscow will be entitled to terminate lease contracts of real estate and land plots if any non-use criteria are fixed in respect of them. According to the State Inspectorate, land plots are inefficiently used if they have not been used for three years and "lack the criteria of implementation of economic activity." This regulation will be applied both to agricultural lessees and developers of non-residential and commercial property, and also owners of non-capital construction objects. Moreover, the resolution draft applies to non-residential buildings and constructions owned by the city. Upon enactment of the resolution the government will accomplish the tasks determined in the state program of the city of Moscow "Property and land policy of the city of Moscow for 2012-2016" in September of the previous year, and inefficiently used land plots and non-residential property will be involved in the civil (economic) turnover.

At the same time, the list of criteria needs a considerable follow-up revision as the existing regulations do provide for interpretation of the land non-use criteria. Real estate market participants and lawyers have already noted that vague criteria may give rise to the arbitrary cancellation of lease contracts on grounds that will depend in full on an official's subjective opinion. The prepared document provides no definition of the criteria of economic activity implementation and has no clear algorithm of application of the resolution standards, and its corrections may give rise to even more extensive grounds for various interpretations.

Despite these negative responses, one believes that such decisive steps on improving the investment climate in Russia should be welcomed. Experts recognize that the lion's share of any construction period in the country is spent on various approvals and bureaucratic procedures. This initiative, if made a reality, will allow for the removal of barriers between business circles and the state. It is necessary not only to introduce amendments to the legislation, but also to reach an effective result, and it is possible only on the basis of a serious dialogue with the market participants and all interested persons.