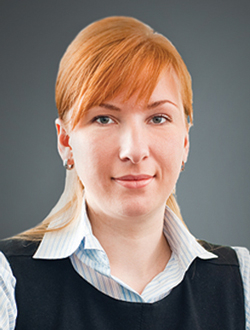 During the past 10 years, Russian companies that are subdivisions of western companies more and more frequently have been insisting on non-compete and non-solicitation provisions being included in employment contracts with Russian employees. Recently, virtually 100 percent of Russian employment contracts (especially with key employees and top managers) have contained such provisions. The reason is that foreign companies tend to build an investment and management structure in Russia that is close to familiar legal systems. This tendency is vivid in M&A transactions but structuring of employment relations is no exception either.

Non-compete and non-solicitation provisions are, perhaps, among the most widespread legal concepts applied in arranging employment relations. Yet neither Russian law nor relevant court practice is fully adjusted to proper legal protection of employers that have incorporated such provisions in employment contracts with their employees.

A non-compete provision entails an employee's obligation to refrain from any activity (as an employee, consultant, owner or otherwise) for competing companies for a specific period after termination of employment.

Companies that include such provisions in their employment contracts should understand that their function is purely declarative. Russian law does not set any restrictions on employees performing activities that compete with the employer's business. Non-compete provisions have not been enforceable under Russian law as the Russian Constitution establishes the right to dispose freely of one's capacity to work and the Russian Civil Code also establishes freedom of contract (e.g., for the companies offering employment). Moreover, any waiver of this is invalid.

Sometimes, observance of non-compete (as well as non-solicitation) provisions is ensured by means of additional sum paid to the employee after contract termination and upon expiry of the non-compete period. Such a payment might, to some extent, guarantee observance of non-compete provisions. Even so, the legislation does not envisage any other incentives to abide by these obligations or introduce any disciplinary or material sanctions for breaching them. If sanctions for breaching non-compete provisions are included in an individual employment contract, in the event of a dispute, the court would most likely recognize them as invalid and inapplicable.

Inclusion of non-solicitation clauses in employment contracts and their subsequent enforcement are more debatable than non-compete provisions.

First of all, the employee's obligation (not to solicit the employer's people after leaving the company) does not, of course, contravene any imperative statutory provision, i.e., it is highly unlikely to constitute any invalid waiver.

On the other hand, a major question arise as to whether the employer may incorporate such a non-solicitation clause (as well as a non-compete provision) in an employment contract and to enforce it. In accordance with Article 57 of the Russian Labour Code, the employment contract must contain a precise list of mandatory conditions and may contain a certain list of additional ones. This Article also specifies the right, upon agreement between the parties, to add employee and employer rights and obligations established by the labour law and other regulations containing labour law rules. Neither the law nor any other regulations specifically speak about non-solicitation (or non-competition).

It is significant that, in a "solicitation situation," the solicited employees exercise their constitutional right to dispose of their capability for work and the new employer exercises its statutory right to conclude contracts. This means that, in the event of solicitation-related disputes, it is important to remember that they involve third party legal rights. Also, we would like to note that, in settling solicitation issues, it is important to take account of the possibility of proving a causal link between the actions of the soliciting employee and subsequent resignation by employees, which is difficult to achieve in practice. Even if an employee is proven guilty of soliciting, damages are sometimes impossible to estimate.

So, in a situation when there is a rather definitive non-compete court practice and there is no solicitation court practice, we believe that the existence of non-compete and non-solicitation provisions in employment contracts might, in principle, serve as a "threat" to an employee and impose a kind of "moral obligation" on the employee and the employer. At least at this stage, however, it would not be possible to hold the employee liable for competing and/or soliciting actions or enable an employer to claim any damages resulting from the employee's actions.

Several Latin American countries that have relied on the Russian vaccine have complained to Moscow about delivery delays.
CONTESTED VOTE

The ally of jailed Kremlin critic Alexei Navalny has been handed a court-ordered curfew and forced to end her bid for parliament.
tinder box

Russia's forest fires have now devastated 13.4 million hectares of land — an area roughly the size of Greece — so far in 2021.