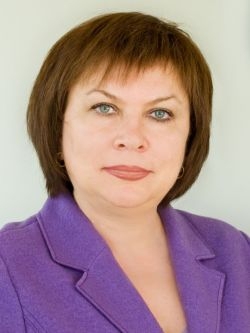 The amendments proposed for regulating disposals of exclusive rights continue the direction set when regulation of this important power was codified in detail.

Many of the proposals, such as, for example, amending the approach to registering grants of licenses, have long been anticipated. They meet the modern requirements of both right holders and business. In view of this, they are certainly welcome. The main danger for the future is that the administrative rules for performing the relevant state service may contain excessive regulation.

As before, however, the approach to regulating co-ownership of an exclusive right to means of identification remains ill-founded. When Part Four of the Russian Civil Code was drawn up, it contained the relevant provisions (Articles 1229(2) and (3)). At the same time, regulation has been established for the use of such a joint exclusive right, and it is absolutely identical to the regulation of co-ownership of, for example, an exclusive right to an invention. In other words, no consideration was given to the nature of the means of identification (items that are designed to individualize goods, work, services and companies, setting them apart from the mass of similar goods and services). We do not dispute that an exclusive right to means of identification may be complied with, but we would emphasize that a more balanced approach to regulating this issue is needed. It seems reasonable to make it possible for the joint right holders of a trademark to use that trademark only jointly, with such joint use being possible in different ways. There are examples of such formulations in foreign legislation. The concept of co-ownership of an exclusive right to a trademark has, in practical terms, been implemented neither in the code nor in the amendments to it. One illustration is that Article 1496 of the Civil Code stipulates the potential consequences when priority dates for trademarks coincide. In particular, "if different applicants file applications for identical trademarks for goods the lists of which fully or partially overlap and these applications have an identical priority date, the trademark that has been applied for may be registered in respect of the goods for which such lists overlap only in the name of one of the applicants, to be determined by agreement between them." In such situations, why not make a provision for co-ownership of the exclusive right to such trademark?

When the scope of an exclusive right extends to a means of identification such as a trademark, a service mark, an appellation of origin and a commercial designation, it may be regarded as the result of an exclusive right to a means of identification being disposed of only if the appropriate intention of the right holder is expressed in a bequest. Article 1118(1) establishes that "property may be disposed of in the event of death only through a will being made." It is proposed to introduce a similar rule in relation to exclusive rights.

Another problem exists in practice concerning the inheritance of exclusive rights. Notaries will not execute an inheritance certificate for a "right to apply," since the Civil Code does not expressly establish such a right. However, the law does stipulate that a right to apply, for example, for a trademark may be transferred (Article 1497(3)). It is proposed that this discrepancy be removed by stating directly that a right to apply for registration of a trademark may be inherited. The corresponding addition to Article 1233 of the Civil Code could read as follows: "In the event of his or her death, a right holder or applicant may dispose of an exclusive right to the result of intellectual activity or to a means of identification, a right to obtain a patent, or a right to apply to register a trademark only by making a will."

There are other proposals for supplementing Part Four of the Civil Code, including those that relate to disposing of exclusive rights to means of identification. These proposals have been discussed within the scope of the work of the "Assisting in developing corporate legislation" non-profit partnership, which has brought together various legal practitioners of genuine authority (The founders of the non-profit partnership are: attorneys-at-law Edas, Egorov Puginsky Afanasiev and Partners, Andrey Gorodissky and Partners; the law firms Goltsblat BLP, Vegas Lex, Alrud, Capital Legal Services LLC, Liniya Prava, Pepliaev Group and Just; and the state corporation Bank for Development and Foreign Economic Affairs (Vnesheconombank).The proposals have been forwarded to a working group which was engaged in drafting amendments to the Civil Code.