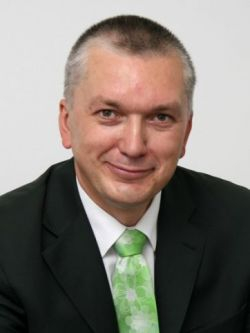 The data center market in Russia continues to grow. One needs to look only at the considerable increase in commissioned facilities to find evidence of this. Consumers are no longer impressed by data centers spanning several thousand square meters, containing 1000 or more racks—these have become de rigeur. According to data provided by Datacenter Dynamics, for the last two years the Russian data-center market is ahead of India, China and Brazil in terms of total investment. Similarly, based on recent construction data from the same period, Russia places second only to Brazil from BRICS nations in terms of total area. It should be noted that recent trends reveal that more high reliability data center sites are being developed in Russia, and there is good reason to believe that this will continue for the next three to five years.

Despite these facts, it is too early to speak about a mature market for data centers in Russia. It would be more accurate to say that, at the present moment, the Russian data-center market is in a stage of active growth and formation: New services are being commissioned, new technologies introduced, new business models developed. Practically all of the market players announced plans to design and build new facilities, mostly Tier III level.

The composition of commercial data-centers users has remained relatively constant in Russia as well. The majority are big service-providers, system integrators, suppliers of various network content and also corporate clients, including banks and other financial institutions, who need reserve sites for information storage. Moreover, it is clear that many corporate clients still do not trust commercial data centers for direct data transfer, so their interest is mainly in reserve capacities. And while Russian government organizations are becoming more information-driven every day, and the proportion of commercial data-center business from governmental sources is increasing, the growth is much slower than expected.

At present the most dynamic growth area in the data center market is in the sphere of IT outsourcing based on cloud servers. This set up employs consolidated server solutions with cloud software that provides multiple clients access to different information architecture systems in one server cabinet. This is a trend in the corporate and public service sector in IT that will only grow with time.

From the point of view of commercial real estate, data-centers market development is similar to the office real estate market several years ago. At first there was active growth, then flattening out, during which occupation rates increased. Later, when most of the areas and resources for data-centers are used, the development is more about intensive usage of existing areas than the development of new ones. Thus, the primary aspect is the possibility of modernizations, which should be envisaged in the design from the very beginning. The engagement of consulting company that has experience in this sphere is essential for the success of data-center "densification," as all the works will be performed in close proximity to critical equipment. Russian operators of data centers that plan development of new capacities shall choose solutions that allow for future modification without stopping the operations of data-centers, besides savings at the construction stage due to phasing.

From a technological point of view, modern Russian data centers are as good as their western counterparts, with the main difference being in scale — standard commercial data-centers in Europe and the U.S. have thousands of server cabinets and tens of megawatts, and they are commissioned by phases, module after module, within one process site. It's rare in Russia to have more than a 1000 port cabinet on one data-center site

It seems likely that the further development of the data-center market will be driven by global patterns of available capital, construction costs, and the operational expenses of data centers. Presently, owners of almost all data centers try to squeeze the maximum output from their facilities. This process of "squeezing" forces data center developers to search for the most effective solutions, not only for engineering but for IT infrastructure as well. To be able to achieve the best possible results, one has to work with the best possible consultants.