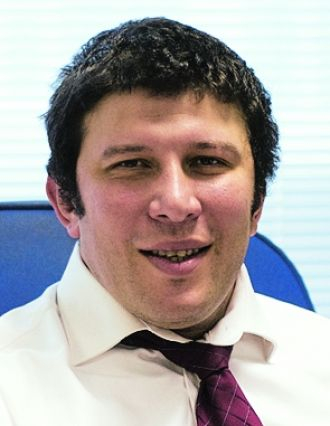 In the ongoing discussion on the future of the Russian pension system's reform, some officials are offering to cancel investment or a private component of the pension and to retain only the basic component guaranteed by the state, which is a really big step backwards in the pension reform and reverses the process of the privatization of the pension system in Russia and crushes the hope that Russia can create a deep pool of domestic institutional capital ready for investment.

The problem with the private component of the pension system occurred when it became obvious that private pension managers and the state-run VEB, which also manages part of the private pension pool of money, consistently showed returns on investment below inflation. Therefore, the presence of the lagging private part of the pension in future pension income will lead to smaller overall pension income, where the rest of the income is indexed in line or at rates higher than inflation.

Despite the fact that the Russian pension system looks complex and has various components to it, such as the basic component, the insurance component or investment component, the Russian pension system is not really a pension system in the modern meaning of the word; for the most part, it's a simple social insurance system. The system has not been concerned with creating a self-sufficient pull of pension savings available for investment in a capitalist manner. Instead, the focus was on the system that guaranteed small allowances for citizens after their retirement. Such an allowance is just slightly higher than minimal wage in Russia.

For the most part, the money to pay the pension is obtained from the current work force, the current workers, who pay a fraction of their salaries to pay the obligation to the current pensioners. The current workers also pay a fraction of their salaries to the so-called social insurance fund, which spends this money to pay during periods of disability or sickness. The state collects payments from employers equal to 22 percent of employees' salary paid into the pension fund and into the social security fund.

There is also a tiny fraction of so-called investment or a private component of a pension introduced in 2001 as part of the initial pension reform, totaling 6 percent of an employee's salary, which is accrued in individual pension accounts and is either invested by the state pension fund, or is invested by the private pension management companies.

The guarantee part of the system is not self-sufficient and in order to make it balanced, the budget transfers money into the pension fund each year to finance the deficit. For example, in 2012 the deficit is expected to be around 1 trillion rubles. This is roughly two-thirds of the current size of Russian pension fund, implying that the Russian pension system or rather the social security system is not solvent and hugely depends on budget transfers.

The current Russian workforce is roughly 75 million people earning on average $753 per month, while current pensioners total 40 million in Russia and their average pension is $264 per month. At first glance, the system balances as 20 percent of the basic component that current workers' pay for current pensioners would have translated into $126 billion annually, which is approximately the size of the total guaranteed annual pension obligations.

The deficit of $30 billion arises because many of the 75 million people are self-employed and do not participate in the system. Calculations show that only about 55 million out of the 75 million total workforce pay to the pension fund the basic mandatory component or 20 percent of their salary. Incomes of the state pension fund, which invests its 1.4 trillion rubles of money and was able to generate $5 billion, look dwarfed compare to both deficit in the pension system and total obligations to pensioners. So the problem with the guaranteed part of the pension is that it creates a budget deficit, which is only expected to grow as the workforce is depleted, the population declines and the number of older people e.g. pensioners grows.

But the exact reason why the private component has not generated enough income lies within the state itself.

The first reason was the inflation, which was always in the small double digits in the 2000s, since inflation targeting was never a focus of the administration during that time and the real rates were always deeply negative. As a result, bond yields were victims of that and there was no chance to get proper yield on the bond market.

Second, while being awash with liquidity, or because it simply did not care, the state was never concerned with dividends from state companies in 2000s, and therefore the stock market, where state companies comprise half of the investible universe for pension investment, the manager was too unpredictable for pension investment companies to aggressively allocate to stocks. Though even in the absence of aggressive significant dividend yields allocation to stocks would have saved the system, as stocks returned 40 percent each year on average since 1998, even accounting for 80 percent declines in 1998 and 2008.

Finally, the third reason is the disconnect of pension funds from assets inherited from the Soviet times. In a sense, people's savings during the Soviet or deferred savings (e.g. underpaid salaries) were invested into the assets that comprised the Soviet asset base and which were eventually privatized in the 90s. The irony occurred when the Russian pension fund and Russian budget inherited the obligations to pay pensions to people who worked during Soviet times, while it did not inherit any of the assets generated during the Soviet period by these persons labor and savings. Perhaps during the privatization, 10-15 percent of the assets needed to be transferred to the pension fund as seeding capital to correctly reflect on the situation.

It's still possible to determine how much money needs to be transferred to the pension fund to remedy the deficit as an obligation of the Soviet past to the modern pension savings. The deficit can be financed from the privatization proceeds. Alternatively, some shares in state companies can be transferred to the pension fund or individual pension accounts, and pension managers will collect the dividend or sell these shares as needed needs. Some of these ideas were voiced by Mikhail Prokhorov in the run-up to the elections.

There is no need to cancel even temporarily the investment component in the pension system, as was recently proposed, in fact it must only be increased and developed. The search for the solution to the low levels of the income of the private part of the pension will lead to better bond and stock markets, a better privatization process and eventually to the creation of deeper pools of capital for investment in Russia. There is no need to manage in the manual shift mode the formula of pension payments in Russia; it's far better to manage in manual shift mode and to improve the privatization process, the pension reform and the developments on the capital markets in Russia.