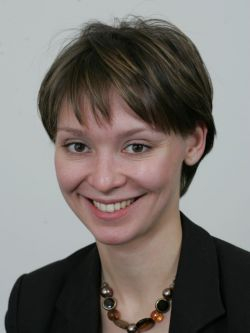 On December 16, 2011, the WTO Ministerial Conference in Geneva approved Russia's WTO accession package. Once the Russian Parliament ratifies the package (most likely in summer 2012), Russia will accede to the Marrakesh Agreement Establishing the World Trade Organization, which includes over 60 WTO multinational agreements and decisions, and will finally become a full-fledged WTO member.

Russia's WTO membership presents a clear opportunity for foreign investors and trading partners in many different industry sectors to ride the wave of Russia's growing economy.

For investors in the financial services sector — one of Russia's most promising and fastest growing — this takes on special meaning. International trade and investment relations will now be based on full-scale WTO regulation, meaning that Russia will have to bring its national legislation in compliance with WTO requirements, including basic principles of market access, national treatment and most-favored nation treatment.

Yet, will any restrictions be imposed on foreign banks and insurers doing business in Russia?

Understanding the rights and obligations of companies and public authorities arising from Russia's entry into the WTO system will be essential for anyone doing business in Russia, particularly in the financial services sector.

Given the still embryonic nature of the Russian financial services sector, Russia (like other WTO members) took advantage of carve-outs known as the "list of exemptions" and "schedules of specific commitments," which allow a member to deviate from WTO rules and identify to which service sectors and under what conditions WTO rules and principles will and will not apply.

Foreign insurers/reinsurers will initially be allowed to establish a commercial presence in Russia only in the form of a subsidiaries domestic legal entity. However, once 9 years has elapsed from Russia's accession to the WTO, foreign life and non-life insurance companies and reinsurers will be able to establish branches provided that the foreign insurers have been authorized to operate with the same types of insurance or reinsurance in their country of origin for at least 5 years (for non-life insurance) or at least 8 years (for life insurance). In addition, they must have (i) total assets of more than $5 billion, (ii) their legal addresses and actual addresses in the same countries, and (iii) at least 5 years' experience operating a branch in foreign markets.

A foreign insurer's branch must have separate capitalization for the purposes of calculating the 50 percent foreign participation ratio.

For banking, foreign capital participation in the entire Russian banking sector is also capped at 50 percent.

Foreign banks are allowed to establish a commercial presence in Russia only in the form of subsidiaries or representative offices; no comment has been made concerning branches, and therefore it is understood that branches of foreign banks will not be allowed. However, as mentioned in Russia's WTO accession documents, Russia will revisit the issue of bank branches in future negotiations on Russia's accession to the OECD or as part of the next round of WTO negotiations.

Although certain access restrictions on the Russian financial market still exist, Russia's accession to the WTO bodes well for market players and the country's continued development. That said, international trade and business relations will now be subject not only to WTO treaties but, no less importantly, to enforcement through WTO dispute settlement. Thus, if a WTO member breaches its WTO commitments, it will be subject to trade sanctions. This may include a requirement to bring trade policy in line with WTO rules or compensate a complaining party (e.g. tariff reduction in particular areas of interest to the complaining party). The complaining party may also be allowed to impose limited trade sanctions, i.e. to suspend its obligations under any WTO agreement against the breaching party. This will likely pave the way to a more predictable and stable environment for trade and investment relations with Russia.