Contribute Today
By Ovanes Oganisian
May 21, 2012 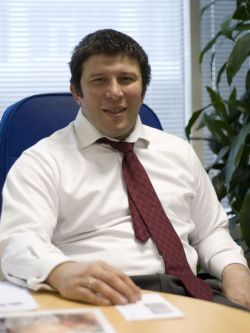 The start of 2012 was pretty gloomy for M&A bankers; 2011 had just finished on a very uncertain note, and politicians in Europe were unable to plug the stream of bad news about the European crisis. And although it was not nearly as gloomy as the start of 2009, expectations for M&A bankers in 2012 were quite low and representative of the overall mood on the market as both market and M&A volumes have historically been pretty correlated elsewhere in the world. Not in Russia, however, as M&A volumes remain, high here and seemed little effected by the market prices, as there a set of deals for any set market conditions.

The hopes for privatization deals in tough market conditions was limited. Although, some hopes remained that privatization will continue regardless of the mood on the market that could have locked some revenues for M&A bankers and helped them make some money.

With expectations for privatization delayed Bankers are in search of other m&A ideas. In theory, Russia is an M&A paradise. There is an abundance of innovative ideas.

Theoretically, if you're a tycoon and you are bold enough, you can buy Gazprom, LUKoil, TNK-BP, Uralkali or Norilsk Nickel, financing the purchase with collateral and then paying out the loan from the company's dividend stream. You can spend $30 billion buy Surgutneftegaz, which owes $30 billion in cash and then get oil assets for free. Or you can buy Mosenergo, which is the size of Ukraine in terms of gas consumption.

Yet, this is all theoretical. In reality, the number of people who can stage a deal like this in Russia can be counted on one hand. With that in mind, consolidating Bashneft, Norilsk Nickel, MegaFon, or Uralkali can be planned by any banker in theory, but in reality it can only be done by those who drive around Moscow in limos surrounded by bodyguards in separate vehicles.

Another segment of deals on the Russian market that is not accessible by ordinary bankers and will probably never happen is spinning off Gazprom's or Russian Railways' non-core assets and "unbundling" two monopolies. Such "unbundlings" are not going very well in the Russian corporate universe, however. It's been 20 years since Soviet assets were first reshuffled back and forth between various entities among various entities in an endless game of dominos in times of good and bad market conditions.

And when unbundling was successful like it was when UES was reformed, UES assets are in the consolidation mode yet again.

Consolidation is ongoing in both the telecoms sector and the utilities sector, as well as the oil and gas sector. There have been only two spin-offs in public corporate finance: Nord Gold by Severstal and Polus by Norilsk Nickel where minority investors directly benefited.

The Great Merger Movement was a predominantly U.S. business phenomenon that took place from 1895 to 1905. During this time, small firms with little market share consolidated with similar firms to form large, powerful institutions that dominated their respective markets. It is estimated that more than 1,800 of these firms disappeared in consolidations, many of which acquired substantial shares of the markets in which they operated.

The experience of Russian companies in cross-border M&A deals is diverse but cannot be called successful. When the market is hot, corporates take more risky deals like Norilsk buying Lionore, Severstal buying steel assets in the United States — all of these deals have created losses for shareholders. But when risk trade is off and market conditions are more ascetic deals like buying Goldfields by Norilsk, Mol by Surgutneftegaz or stake in Mail.ru by DST make money for shareholders.

Similarly, cross border deals in which international companies buy domestic assets have not all been rosy.

Similarly cross border deals where international companies were buying domestic assets prior to crisis were not all rosy. But recent deals like PepsiCo. and WBD, Unilever and Kalina. Even in times of bad market conditions there are some Russian assets on offer to for huge cash piles on the balance sheets of international companies and virtually zero M&A deals should catalyze M&A processes.

Another set of deal which is possible in almost any set of conditions on the markets and the one which is always on agenda is helping Gazprom buys any distribution assets in Europe, and then aims to eliminate the risk of intermediaries in supplying gas to Europe.

Cross border M&A deals may be granted a new life in light of Russia entering the WTO. Russians previously have had a difficult time acquiring any assets in developed countries that would help to get hold of advanced technology and aid Russian modernization. With Russia as a member of the WTO, this process may see fewer barriers for Russian companies.

In tough weather conditions, when risks of private business are high -there is another trend in Russian M&A that has seen a surge in reversed takeovers, when corporations like VimpelCom, Polymetal and Polyus Gold attempt to change their domiciliary location to avoid the risk associated with Russia.

Another trend can be seen in deals where owners eventually settle in London, such as former Yevroset owner Yevgeny Chichvarkin, or former co-owner of Bank of Moscow Pavel Borodin. Mikhail Gutseriyev, who until recently was also an exile in London, managed to come back and reclaim ownership of his company.

Regardless of the weather conditions on the markets, there tends to be a pipeline of M&A deals associated with media assets changing hands around the election period.

One new player on the M&A market is Sberbank, which has been very active both domestically and internationally. At the beginning of 2012, on a very cold January evening in Moscow, Sberbank announced completion of merger deal with Troika.

Russia is most certainly a place with tough conditions. People who live here enjoy severe winter weather. They prepare in advance for the cold and enjoy the all too brief summer. Russian M&A bankers know their business like ordinary Russians know the weather: They know what to do in bad weather and how to take advantage of the good weather.

Two other civilian deaths from cross-border attacks were reported earlier in May.
'obvious policy'

War has disrupted supplies of fertilizer, wheat, and other commodities from both Russia and Ukraine.