Contribute Today
By Andrey Ageshin
May 21, 2012 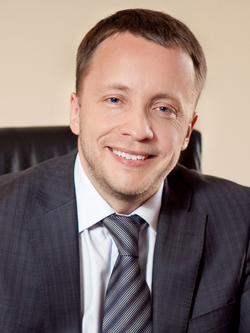 As analysts have pointed out, the prompt Russian economic recovery and subsequent oil price escalation caused an increase in M&A activity in 2011. Amid the global financial crisis and the economic downturn in Europe and the United States, the Russian economy is especially attractive for foreign investors. The programs approved by the government on investment generation and state financing for innovation are expected to improve the investment attractiveness of the country. In addition, the government intends to sell state companies and non-core assets out, and it strongly encourages investment. At the same time, however, global instability and the possibility of a new crisis has forced investors to be more cautious and attentive. In comparison with 2010, 2011 saw a substantial increase of mergers & acquisitions.

As research associates have noted, there is currently a trend in which about one fourth of the market share is made up of transactions the state companies are involved in. By the same token, major transactions are usually made between Russian companies.

We believe that market growth in CIS will continue. As for the Russian M&A market, prospects are rather positive.

Foreign investors are greatly anticipating the Russian Federation's accession to the World Trade Organization after the World Trade Organization Ministerial Conference approves the conditions of Russia' s accession to the organization. Moreover, certain legislative amendments were introduced in 2011 that are expected to encourage major transaction growth. For instance, amendments were made to the strategic activities law, the Third Anti-Monopoly Package was introduced, and civil legislation was reformed. 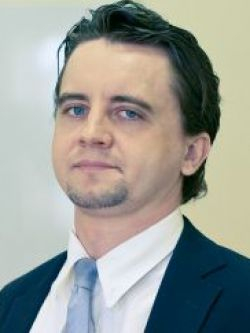 As for legislative initiatives, restrictions on debt/equity swaps were lifted. With regard to strategic significant activities for state defense and security, the governmental consent threshold has been increased from 10 percent to 25 percent shares of the charter capital. Some strategic activities were removed from the list.

The Third Anti-Monopoly Package was adopted, featuring significant amendments to many different laws.

The Russian Anti-Monopoly Service drafted the bill based on real anti-monopoly practice, as well as on the advice of the Organization for Economic Cooperation and Development. We suppose that some new amendments will have a major influence on various spheres of business and may even bring about changes to the main anti-monopoly restrictions on the market. The amendments may also increase the authority's liability and simplify administrative procedures in order to apply the law in a more effective way.

Some exceptions in relation to anti-competitive agreements and acts were introduced for some internal group contracts, and license contracts for intellectual property issues.

The most noteworthy legislative event is the reform of civil legislation which supposes the introduction of representations & warranties, indemnities and liability for unfair negotiations. Under the draft law, any party that misrepresents facts or presents them in a misleading way (for instance, facts relating to the subject agreement, powers for the fulfillment of the agreement, financial standing) is obligated to provide compensation for the losses incurred by the party who relied on this unfair representation. If the practice of courts corresponds to the draft law, it will be a very successful breakthrough.

In addition, the draft law sets out escrow and nominal account, once again borrowed from western practice.

We believe that the cited legislative trends will encourage structuring transactions under Russian law and cause a decline in the quantity of transactions structured under English law.

News of the decision risks reviving fears of shortages in Europe, which has already accused Moscow of energy blackmail.
independent inspections

Recent fighting around the Zaporizhzhia plant controlled by Russian forces has raised the specter of a nuclear incident comparable to Chernobyl.
de-sovietization