Contribute Today
By Konsantin Lysenko
May 11, 2012 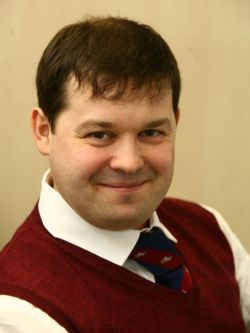 After considerable growth of retail real estate investment deals in Russia in 2010-11, a major intrigue is the possibility of active expansion of institutional investment deals into regional markets. We already see that such high-quality retail assets as Karnaval in Chekhov and Victory Plaza in Ryazan are coming to the investment market. Deals with these shopping centers at fair prices will demonstrate to Russian and international players that liquidity and yield compression are back on the agenda of regional retail investment. Besides these new dynamics we expect will motivate the kickoff of a new development cycle for construction of modern quality retail schemes in cities with a population of 300,000 to 700,000. In three to five years, this trend will ensure both the expansion of retail chains and considerable growth of the volume of retail real estate investment in Russia.

In 2011, regional investment deals accounted for only 4 percent of the real estate investment market by volume. Take into consideration that more than 80 percent of Russians live outside of larger Moscow and St. Petersburg agglomerations, and you can get 100 to 200 basis points higher running yield from regional investment. Thus we clearly see where the market will be heading. Though the extreme imbalance and clear economic premiums are mitigated by lower purchasing power and retail turnover in smaller regional markets.

From the investment perspective, a major hurdle for expanding into the regional markets is the difficulty with logistics. This would particularly be true for international investors, who in most cases will have to fly to Moscow and then take another separate trip to the regional city. So all the investors who are new to the Russian market will start with the deals in Moscow and St. Petersburg. The next logical investment geography will be in cities located within a day's car trip, say in 400 to 450 kilometers, from the capitals. Besides buying into a retail scheme or a portfolio of assets, one will need to manage it, and that's where distance will start kicking in with additional costs and the need for a relatively larger management team. On the other hand, regional markets have sudden advantages, too. For example, the European Bank for Reconstruction and Development will be more willing to finance the development of the first modern shopping mall in Bryansk than the 100th one on the overheated Moscow market, where private capital and competitive bank financing are already available to both developers and investors.

Development economics in regional cities are particularly attractive. The administrations there are not yet spoiled with competing development schemes; the cost of land and utilities are very reasonable. A project of 80,000 square meter gross built area, modest by Moscow standards, will become the landmark development in cities of half a million people and attract a lot of positive attention from both the local mayor's office and your future shoppers. In projects we help develop in cities like Bryansk and Ryazan, we see that, though at inception rental figures are relatively modest, retail business there has a healthy upside through the turnover rents and indexation and benefits from continuous growth of disposable income of the population. As a result, developers and investors get not only attractive and growing running yields but also attractive internal rates of return that are achieved through rental growth, refinancing options and yield compression. Normally competition on these markets is lagging behind the growth of retail turnover and is absorbed well by new retailers coming to the market.