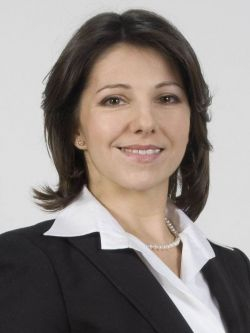 As of January 2011, when the new law on mediation came into force, employment disputes in Russia, as well as commercial and family law disputes, can be resolved using mediators.

Mediation is an out-of-court dispute resolution tool and is popular in many countries outside Russia, including Australia, the United States and Britain. This is because it facilitates effective, affordable, flexible and quick solutions, especially essential in sensitive employment disputes.

Mediation has existed in Russia for years but was never previously legally regulated. Mediators, including professional ones, assisted in resolving many commercial disputes. However, mediation was almost never used for resolving employment disputes.

The new law on mediation is a great achievement, although further steps will be required to make it work properly and become popular. The current version of the law is far from being perfect and has already been much criticized. However, mediation is attractive for businesses, courts and even legal advisers, so it is expected soon to become a reliable, workable tool.

Mediation differs from traditional litigation dramatically. It is an alternative dispute resolution method where the parties in conflict find an amicable solution assisted by an independent, unbiased mediator. The principal difference is that the mediator is not a judge; he issues no ruling. The decision involves the parties themselves arriving at a mutually acceptable solution. The mediation process is voluntary, and the parties are free to withdraw at any time. The mediator's role is not to judge or comment on the parties' legal positions but to help them to identify their interests and to compromise, ideally finding a win-win solution. The final stage of successful mediation is executing a mediation agreement outlining the solution the parties have found.

Because this process is fully confidential, it allows both parties to save face and even remain partners. Current practice in the West and in Russia suggests that the parties reach a resolution in the majority of cases where both parties are willing to initiate mediation to resolve a dispute. Because the process is voluntary and the agreement reached is mutually acceptable, execution of the mediation agreement normally is not an issue; however, the law is silent as to how it could be enforced if the need arises. This is an important uncertainty, which holds mediation back in Russia.

Another key issue is that the mediation process is fully confidential, which is very important for sensitive disputes, such as with key managers, where commercial secrets and other sensitive information are involved. Because court proceedings are public and decisions are published, standard litigation could damage a company's reputation.

Mediation can be used at any time before a dispute reaches court and even once the court proceedings are initiated. Importantly, court proceedings will be suspended to allow mediation, but only if a professional mediator is used.

Generally, mediation should not take more than two months, but in exceptional cases this can extend to six months.

We recommend including a mediation clause in employment agreements with all employees. Such a provision would require the parties to go through mediation before they file a court case. This will not fully eliminate the risk of litigation or of complaints being filed with the labor inspectorates or the prosecutor's office because the mediation process can be rejected at any time. However, the chances of avoiding litigation — the main aim, after all — are much higher if the mediation clause is included from the outset.