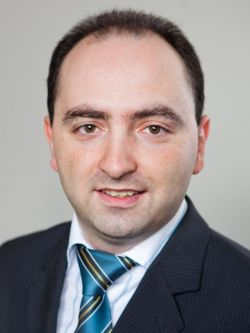 Following the recent pronouncement by the Supreme Arbitration Court of the Russian Federation on the Severny Kuzbass case, which was in the spotlight for the tax community in January and February, another court case has almost reached the final stage. On Feb. 27, 2012, the Federal Moscow District Arbitration Court upheld the rulings of the lower courts enforcing Russian thin capitalization rules in respect of financing received by a Russian borrower from its foreign sister company.

As a reminder, the Russian Federal Tax Code provides that thin capitalization rules are applicable if:

As one could derive from the above, debt financing received from foreign sister companies is clearly outside the scope of the statute. Nevertheless, in the Naryanmarneftegaz case, the courts sustained the position of the tax authorities that attacked such structure. Does this mean that the courts expanded the ambit of domestic thin capitalization rules arbitrarily?

In order to answer this question, one needs to look precisely at the reasoning brought forward by the tax authorities and by the courts in support of their approach. The most relevant reasons were as follows:

The above facts made the courts conclude that the interposition of the foreign sister company was no more than an attempt to circumvent thin capitalization rules. The courts then disregarded the formal structure of the borrowing and analyzed the transaction as if financing was directly provided by the qualifying shareholder.

Analysis of the judicial reasoning in the Naryanmarneftegaz case makes one come to the conclusion that the courts did not intend to expand the scope of the domestic thin capitalization rules to the borrowings from sister companies. It is obvious that such expansion could only be enforced by legislative amendments to Article 269 of the Tax Code. Instead, the courts applied general anti-abuse doctrine (although not referring to it explicitly) that precludes a taxpayer from enjoying a tax benefit where such a benefit is the only one or predominant cause for an action undertaken by the taxpayer. Having concluded that the only reason to arrange debt financing through a foreign sister company of the Russian borrower was to avoid application of the Russian thin capitalization rules, the courts denied that benefit and adjusted of the taxable profits of the borrower accordingly.

The author, however, believes that the outcome could have been different if the taxpayer had been able to demonstrate sound economic grounds behind the implemented financing structure. Consequently, where a group of companies can substantiate the use of a separate foreign sister financing vehicle to accumulate internal and external funds and use these spare funds for the financing operations of the group (including its Russian subsidiaries), the tax authorities and courts should have no reasons to challenge such structure and apply Russian thin capitalization rules to the respective borrowings.