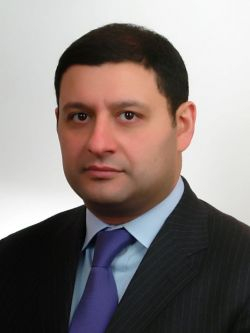 The times when most foreign automobiles were brought into Russia by gray dealers to be resold without the manufacturer's warranty have long gone. Following the active entry into the Russian market of major international automobile manufacturers, the industry seems to have taken its shape without significant interference from the Russian competition law authorities. The market is represented now by the manufacturers, some of which maintain production operations in Russia, and the manufacturers' authorized network, consisting of distributors or wholesalers importing automobiles and spare parts into Russia, and dealers combining the function of authorized retail sellers of automobiles and spare parts with the function of authorized providers of repair and maintenance services. There is also an independent market segment that has traditionally existed outside of the manufacturers' network, which consists primarily of independent providers of repair services and suppliers of spare parts.

While the Russian automotive industry was evolving into its present form, European competition law and practice was being amended, with the aim of allowing easier access for independent players to the European motor vehicle aftermarket. The European Commission Regulation No. 461/2010, which entered into force on June 1, 2010, marked an important legislative change by prohibiting agreements and concerted practices leading to, for example, the restriction by the members of a manufacturer's selective distribution system of the sale of spare parts to independent repairers, the restriction on installing spare parts and components used in the initial assembly of automobiles of the trademarks of the manufacturer of such components, or the restriction on the ability of manufacturers of spare parts and repair equipment to sell their products to both authorized and independent distributors and repairers.

In late 2011, following the trend launched by its European colleagues almost a decade ago and after having completed its examination of the Russian automobile industry, the Russian Federal Anti-Monopoly Service (FAS) identified several forms of what it claims are anti-competitive practices having a negative effect on the market of wholesale and retail sale of spare parts, motor vehicles, and repair and maintenance services. The FAS, in its attempts to reform the market, is focusing primarily on authorized distributors establishing excessively burdensome terms of participation in the dealership and repair services network. It claims, for example, that the distributors, being in most cases the sole importers of motor vehicles and spare parts of a particular brand, are forcing their dealers to combine the functions of sale and repair of motor vehicles, are setting excessively short durations for dealership contracts, are imposing discriminatory terms on existing dealers, are limiting the dealers in choosing the suppliers of spare parts and repair equipment, or are establishing resale prices on spare parts.

The FAS' primary goal seems essentially to be the separation of the retail sale and the repair and maintenance service markets, the setting up of an accreditation procedure for repairers, enabling independent repairers to provide services under warranty, a relative liberalization of the criteria for the selection of dealers, the legalization of parallel importation of spare parts, and ensuring the access of independent repairers to manufacturers' technical information, software and repair equipment in order to help them achieve the required level of quality of their services.

Given that most of the profits in the aftermarket are generated by the sale of spare parts and repair and maintenance services (including the services provided under warranty), the campaign launched by the FAS may well result in, according to some experts and market participants, a dramatic structural change of the Russian automotive industry.

The FAS is taking the position that distributors, by virtue of their status as the sole importers of automobiles and spare parts, occupy a dominant position in their wholesale markets. This implies that a wide range of restrictions on dominance abuse provided by the Russian competition legislation may now apply, including restrictions against setting monopolistically high or low prices, refusals to trade, discrimination, and others. The investigative efforts by the FAS will most likely target not only companies, but also their managers, who FAS claims are in many cases the architects of anti-competitive practices.

Some industry participants are concerned that the FAS initiatives may lead to a decline in the overall quality of repair services offered in the market, which may damage the reputation of the manufacturers. Others claim that subjecting independent repairers to accreditation procedures will result in an increase in the price of their services, and ultimately in financial losses for those authorized dealers, who have invested significant amounts into the opening of dealerships with the hope of recouping their investment through the sale of spare parts and the provision of warranty services.

Given the continuing harmonization of the Russian and European competition regulations, some change in the current legal enforcement practices seems to be inevitable. The effect of this change on the industry over the long-term will depend upon the success of the dialogue that the FAS has recently opened with the industry. The changing enforcement practices will require corporate heads to focus on adjusting to the legal framework within which they operate, in particular with regards to the dealer/repairer selection policies, the dealership agreements or the spare parts distribution arrangements.