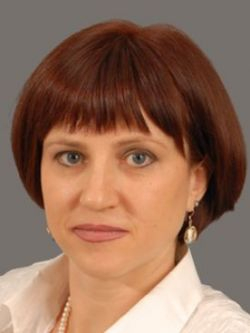 The last financial crisis demonstrated that the problem of overfilled trademark portfolios has affected, in economic terms, not only big international corporations with a portfolio of several thousand trademarks but a number of Russian companies as well.

One of the conditions for cutting the costs of maintaining a portfolio is its optimization and alignment with reality.

You might ask why something that thrives in favorable times of fast-developing business became a real financial problem during the crisis.

It is natural for each company to seek maximum protection of the intellectual property created, including trademarks designed to promote the goods of a particular company and contribute to distinguishing them from similar products of a competitor.

In an effort to maintain interest in the company's goods and to increase sales, businesses constantly expand their product ranges by adding new tastes, changing external packaging and varying the color range or arrangement of some elements on the packaging. This involves investment not only in developing the product itself but also in protecting the relevant intellectual property. 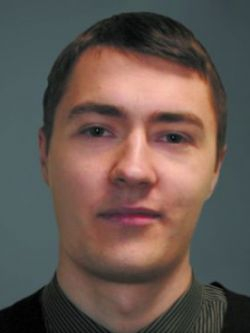 For certain objective and subjective reasons, many companies are sometimes reluctant to give up moribund trademarks that, some time ago, brought in sizable profit and then begin aggressively swallowing it up.

During a crisis, competition between companies and products soars and overgrown trademark portfolios get out of control, constantly demanding financial commitments for maintaining the trademarks in force, monitoring competitors' activities and defending violated rights.

The inertia of a big corporation resulting from a number of internal policies precludes it from responding rapidly to a changed environment. Advantage of this is taken by companies with a more flexible approach to business management.

Slow decision-making within corporations can cause products that have a high reputation and sell well to become vulnerable due to unfair competition.

As a general rule, companies that own trademark portfolios rarely use them themselves; more often, they dispose of them by granting licenses. Registration of any fundamental amendments to a license agreement is obligatory under the effective Russian IP legislation.

Yet, more often, they are not embodied in the agreements. Neglect to do this is usually used by interested parties in an attempt to terminate trademarks early on the grounds of their non-use or improper use.

Thus, the number of trademarks ceases to be an advantage to the company and they lose their main function — to generate profit, becoming dead wood for which the company still has to pay.

As a result, companies emerge on the market with similar products, register trademarks similar to the recognized ones of successful corporations, named differently but preserving a visual similarity, and succeed in getting unused or improperly used marks that get in their way terminated early.

Similarly, big companies are forced to spend money for "dead wood" instead of current needs. Unfair competitors, in turn, promote their business by means of the other company's expenses and efforts.

From the point of view of the legislation, a trademark should be used intensively and should generate profit, otherwise it should be abandoned to give way to newly developed marks.

The described problem of trademark portfolio optimization is not a new one but, in favorable times, little attention is paid to it. In a crisis, it becomes vital owing to cost sensitivity.

Properly registered license and sublicense agreements, reports on volumes of goods manufactured and other documents, as well as actual goods presented by the trademark owner as proof of their use to the Chamber for Patent Disputes and, later, the courts did not prevent the enterprise losing them.

The trademark owner applied maximum efforts to protect it and took the matter to the Supreme Arbitration Court, yet was unsuccessful. Apparently, the reason for this was a discrepancy between the registered trademarks and those used on the goods on the market.

The following remedies are available in such a situation: