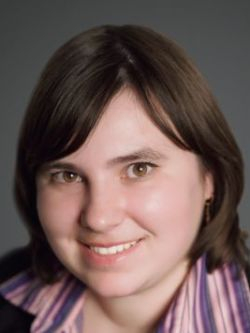 Reproduction of a third party's trademarks, commercial names, package, house style, advertising materials or other elements by a competitor for sales promotion has been known for a long time, and counterfeit products with elements of known brands appear regularly.

But there is an interesting trend nowadays: "clever-made counterfeit." If a trademark is reproduced in full (verbal element, combination of color, composition, figurative elements), it is not difficult to prove infringement. If, however, the infringer is subtle, making, for instance, the verbal elements different, images different in total, but the color decisions and the whole compositions similar, it is much more difficult to prove infringement, even though it is easy for the consumer to be confused by a superficial inspection of the packaging.

As a result, an ambiguous situation might occur when, in a case of unfair competition heard by the Federal Anti-monopoly Service (FAS), the infringer refers to the registered trademarks. At the same time, when the case is considered by the Chamber for Patent Disputes, the infringer claims that the disputable trademark is not similar to that of the competitor, so the case does not fall within the jurisdiction of the Chamber for Patent Disputes, since it deals with the trademark cases but not with the packages.

One piece of universal advice might be given here for minimizing the risks related to "smart fakes." Each variant of packaging used in commerce should be registered as a trademark or as an industrial design. Moreover, the scope of the claimed protection should be as full as possible. For instance, you should register not only a view of one side of a box or label but the entire box, together with its shape, size and color combination.

A certain risk arises when registered trademarks or industrial designs are not similar to the packaging or its variants (seasonal, for promotional purposes, etc.). Unfortunately, this problem is specific to big international companies. For the purpose of standardizing the bundle of their trademarks for every country, therefore, they are reluctant to register specific trademarks used in each individual country.

An original way of using the results of creative work to combat competitors is to discredit the competitor's products or impede its activities. To this end, domain names that might be interesting to big companies are trapped. There have been cases of advertisements of another company's famous trademarks being used exclusively for the purpose of branding its new products and emphasizing its difference from the competitor's goods.

Everyone remembers these high-profile cases: "Kvass is not cola. Drink Nikola [the un-cola]." "Good croutons should not be called 'crusts.'" And a case connected with the Prosto electronic appliances store. In all these cases, the advertisement was recognized as not complying with the law. Nevertheless, the infringers most likely achieved their goals: They drew attention to their products and passed on their opinion of the competitor's product.

Yet there are cases of quite the opposite happening, when the competitor alleges that its rights have been infringed even in a case when commonplace advertisement methods have been used. One example might be the case concerning advertising of Knorr bouillon cubes, when the word "magic" used in a TV commercial engendered complaints by the Maggi bouillon cube producer. This dispute has not yet fully been resolved, but the court of the first instance has not found any infringement of rights.