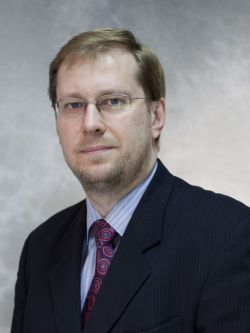 Public-Private Partnership (PPP) infrastructure development projects in Russia are no longer a theoretical concept, but a reality: Three major projects have already reached financial closing (M-1 and M-10 roads and Pulkovo Airport), and a few more are under way. These pilot projects are proving that the interest from international and Russian construction companies and operators, as well as financial institutions, in long-term investment in Russian PPP projects is there.

Given the huge infrastructure needs of Russia and widely criticized inefficiencies of traditional procurement methods, the use of PPP will no doubt continue. However, the next big question on the public agenda will be that of "value for money" that such projects bring to the governments and the public. In other words, isn't the state giving out too much to the private sector? The question is by no means unique to Russia: See, for example, a recent report by the U.K. National Audit Office (www.nao.org.uk), quite critical of the PPP/PFI experience in this country (traditionally quoted as a leader in this area). The report claims that the government has not been a sufficiently "demanding and informed buyer" in PPP projects, could not properly accumulate experience and expertise and that post-deal monitoring of private sector performance has been flawed.

It would be unfortunate if similar concerns stand in the way of PPP development in Russia. It was extremely important for the market development to raise financing for the first PPP deals, and attraction of private, rather than budgetary, funding is still the most widely discussed benefit of PPP. But can it be the only one? The public is still ultimately paying for most infrastructure projects, and the cost of state funding is always cheaper. Therefore, there should be other compelling reasons for using PPP, which could be advanced technologies, budget discipline and efficiency of the private sector and, most importantly, appropriate risk-sharing.

The risk-sharing concept is at the core of a successful PPP. It makes no sense for the public to retain in full the same risks it would have taken under a traditional procurement (e.g. capex overruns, implementation delays or availability and terms of financing). On the other hand, the private party cannot be expected to assume risks that are beyond its control, such as tariff levels in utilities or traffic volume in most pilot road projects. Such risks (even if the investors are ready to take them on) would be priced far too high.

The only way to find the balance here is a proper preparation of projects in extensive consultation between the government (be it federal or regional) and the private sector. A good recent example is the Neva Water project (modernization of the Northern Water Treatment Station in St. Petersburg, currently in the tender stage), where the project has been reshaped and the tender process has been altered following feedback from market players.

Preparation of PPP projects is a time-consuming and expensive process, but unfortunately there is little in terms of shortcuts here. A poorly thought-out project and unrealistic tender timetable can lead to a lack of real competition and, consequently, to suboptimal terms for the government. To make the process more efficient, the key recommendation to the authorities of all levels would be to develop own expertise (advisers help, but are not enough) and to develop standard approaches and methodologies capable of being replicated. As to would-be investors from the private sector, the main advice is not just to react to tender opportunities, but to maintain an active dialogue with the state in the sectors or regions of interest to clearly communicate their interests and requirements as to potential projects.