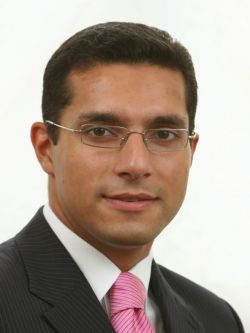 In 2012, a completely new set of transfer pricing rules comes into force in Russia. Most midsize and large businesses will be affected. Taxpayers will be forced not only to comply with contemporaneous documentation requirements, but also to revisit their transfer pricing in the context of their global tax planning strategy. Overall, the new tax environment brings a number of serious challenges for businesses and may impact their profitability.

New transfer pricing rules in a nutshell. In essence, the rules open a new era for both taxpayers and the tax administration. While the new rules generally follow the OECD Transfer Pricing Guidelines, they embody many local specifics. Under one of the core principles, related-party taxpayers should transact with each other at arm's length, i.e. market prices for tax purposes. In case of deviation from deemed market prices, the tax authorities can recalculate tax liability and subject taxpayers to late payment interest and a penalty of 40 percent of the underpaid tax (subject to transition rules).

Both cross-border and certain domestic transactions are covered. Retroactive transfer pricing adjustments, so-called true-ups, are prohibited if they reduce overall tax liability. Special rules apply to state regulated prices, particularly relevant for the pharmaceuticals industry. Foreign companies having a permanent establishment in Russia must also use functional analysis to support the allocation of profits and expenses to determine their tax base for domestic tax purposes.

Preparing for a dual system of tax audits. A separate tax audit for transfer pricing purposes will be introduced. The audit will be conducted in-house by the Federal Tax Service, can last up to one year and nine months and cover transactions already audited within a regular tax audit. Shortly, taxpayers may be virtually subject to two tax audits simultaneously. Importantly, while the local tax authorities will still be looking into the economic justification of intercompany charges and question their tax deductibility, the Federal Tax Service will be testing the market level of those charges for transfer pricing purposes.

Complying with documentation requirements. Starting from 2013, taxpayers must notify the tax authorities of their controlled transactions for the previous calendar year. They also may be required to provide special documentation in support of their transfer prices — within 30 days of a request. In most cases, it is virtually impossible to prepare high-quality documentation within such a tight deadline, which forces businesses to have that documentation in place upfront. A special strategy should be adopted on how such documentation should be prepared and what should be disclosed.

Specifics of benchmarking analysis. Merely translating global transfer pricing reports into Russian might not necessarily satisfy local requirements. While global reports can rely on European benchmarks for Russia, the Russian transfer pricing rules require the use of domestic comparables. Foreign companies' data can be used only if the taxpayer determines that there are no local comparables in publicly available data sources. The taxpayer should carefully perform functional analysis to control the facts about its own business, functions and risks, so that the Federal Tax Service does not use local comparables under loosened screening criteria that are not relevant to the taxpayer's case. Importantly, if the taxpayer has so-called internal comparables with unrelated parties, they represent sufficient evidence per se and do not need to be supported by outside benchmarks. The rules also ban the use of secret comparables by the tax authorities.

Hope for APA? The new law introduces a concept of advance transfer pricing agreements (APA) that can be concluded between the Federal Tax Service and taxpayers. An APA would basically fix a taxpayer's prices for the term of the APA and provide penalty protection. But the taxpayer takes the risk of advance comprehensive disclosure of commercially sensitive information, while the Federal Tax Service may be reluctant to enter into APAs in the near future. However, the taxpayer may want to litigate to have the APA signed, though this is a yet untested route.

Minimizing risks in audit and litigation. Overall, the new rules put a noticeable extra burden on various departments and business units within organizations, whether for full-fledged manufacturers or limited-risk distributors. There is also a lot of uncertainly as to application of the rules by the tax administration. Greater compliance will be inevitable in any event. A company's putting its best efforts into perfecting its transfer pricing model and preparing the right documentation in advance could often turn out to be the best strategy in case of a transfer pricing audit and potential litigation.