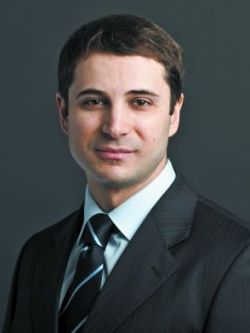 July's Resolution 54 of the Supreme Arbitration Court of the Russian Federation provides that courts will generally treat investment contracts as sale-and-purchase agreements for future real property rather than as a separate type of contract.

Some Supreme Court officials have indicated that the resolution was not intended to address any tax issues, only the legal framework. But since tax treatment often tends to follow the legal form of agreements, we believe that this resolution will have a significant impact on taxation activity applying to investment contracts, which are extensively used in property development.

As a general rule, property developers have historically treated funds received from co-investors under an investment contract as (depending on the particular terms of the contract) either (a) "special purpose" funds, giving developers a basis to not pay any VAT or profits tax on these funds, or (b) payments for property rights related to real property that had seen VAT and profits tax accrue on the difference between proceeds and expenses linked to the sale of such property rights.

The new resolution will change this. It can be expected that the tax authorities will no longer accept a tax exemption based on the special purpose nature of the funds provided by investors to property developers (with a probable exception for contracts governed by Federal Law No. 214-FZ, dated Dec. 30, 2004). This means it is quite likely that tax authorities will insist on treating all funds received as prepayment for real property or property rights, which in turn will see VAT assessed on all funds received (excepting VAT-exempt residential real estate).

Although this VAT should then be recoverable upon project completion, as well as further reduced through input VAT subsequently incurred, the new treatment is likely to result in cash flow costs for property developers, who will need to finance increased initial VAT payments.

Potentially the issue could have been solved if construction works were added to the government's special list of VAT advance payment exemptions for goods and services with long lead times, but it is not currently clear whether the government will add property development to this list following the new resolution.

The resolution also refers to certain cases (such as when each party to the contract contributes something, e.g. land, money, services, etc., in order to create real property for mutual benefit), where an investment contract could be interpreted to constitute a simple partnership agreement, which could also create a greater burden for taxpayers, compared with an investment contract.

We can see that the resolution is having an impact only two months after its July publication, and we are aware of several lower court cases where the resolution has been applied directly to relations effective prior to its publication, interpreting investment contracts as sale-and-purchase agreements for future real property.

On the positive side, the Supreme Court does not specifically exclude other interpretations of such contracts. Depending on the extent to which lower courts decide to exercise their right for a different interpretation, based on the specifics of a particular contract (for instance, as agency-type contracts), there may be some scope to minimize the apparent negative tax implications of the resolution.

The Kremlin said Russia doesn’t have a set timeline for when its “special military operation” should end.
'context of uncertainty'

Michelin Tire Group to Give Up Russia Business

The French tire maker will transfer its activities in Russia to local management.
financial milestone

The missed interest payment on foreign debt marks Russia's first such default since the Bolshevik revolution in 1918.
No-fly zone